I’ve written in the past of how the fall season tends to bring out my introspective side—not that it needs a lot of coaxing (#INFJ problems), but I generally grow even more reflective in the autumn months. This October was no exception. I’ve had some pretty deep and even painful realizations in recent weeks, and as is my custom, I’m processing much of it by sharing it here with you. Consequently, this What I Learned list is pretty high on the touchy-feely side of the trivia/soul-baring scale.

This month has also brought some lighter aha! moments as well as a plethora of interesting factoids, and since I can’t have these roundups reading TOO much like a therapy session, I’ve included a few of these fun insights in my list as well. Here, in no particular order, is the hodgepodge of things I learned in October. 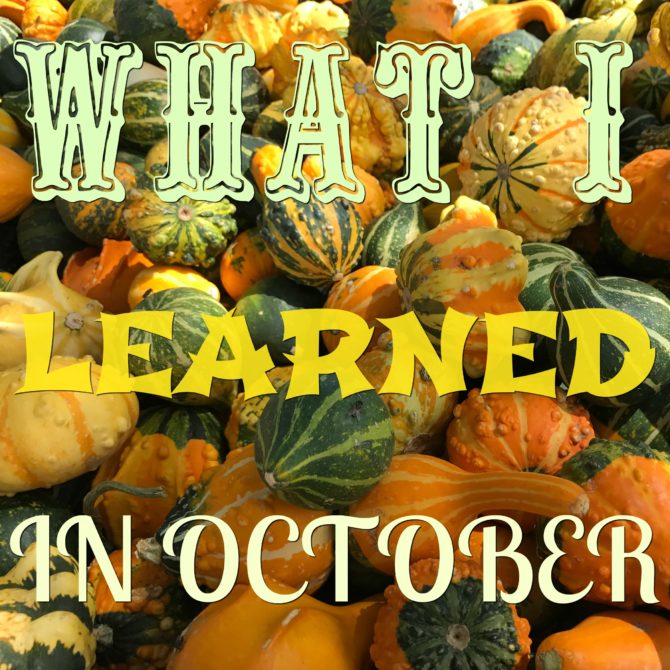 1. It’s okay—essential, even—to admit that I am no longer the person I once was, because change is an indicator of growth.

Sometimes I regret past decisions or cringe when I think about convictions I once held. Other times I feel guilty for allowing myself to change, as though I have somehow let myself down by no longer believing the same things or acting in the same ways I did when I was younger. But I am learning to give grace: to my former self, for being “unenlightened,” and to my current self, for being receptive to new ways of doing things. I cannot grow unless I am willing to let go of old ways and embrace new ones. This is hard for a traditionalist like me, but God is doing some deep work on me in this area and I am finally starting to let Him have His way with me.

I’m fairly comfortable being transparent in a third-person type of way. I will openly share my life story here on my blog and even with a stranger I just met at Chick-fil-a. In those scenarios, topics like my eating disorder or other personal hangups are fair game. But I struggle to have this same level of transparency in my real-life relationships. I’ve only recently grown more aware of this discrepancy and have spent a lot of time in recent weeks pondering why it exists. The conclusion I’ve arrived at is that real-life transparency forces me to confront my issues, whereas superficial interactions allow me to put myself out there and then walk away. It’s hard to admit this, and yet it’s another area where God and I have a lot of work to do. (Yes, I recognize the irony in the fact that, once again, I am sharing this ON THE INTERNET and not talking about this with people in person. SMALL STEPS!!!)

3. Florence Nightingale was named for the city of Florence.

Though she came from a British family, Nightingale was born in Florence, Italy, and named for the city of her birth. (Her sister, Frances Parthenope, was also named for her birthplace—Parthenope is a Greek settlement that is now part of Naples.) It’s funny how names and words register differently in our brains; until I learned this fact I had never fully realized that Florence Nightingale and Florence, Italy, were the same name. . . probably because my mind immediately shifts to images of nighingale chicks when I hear her full name. 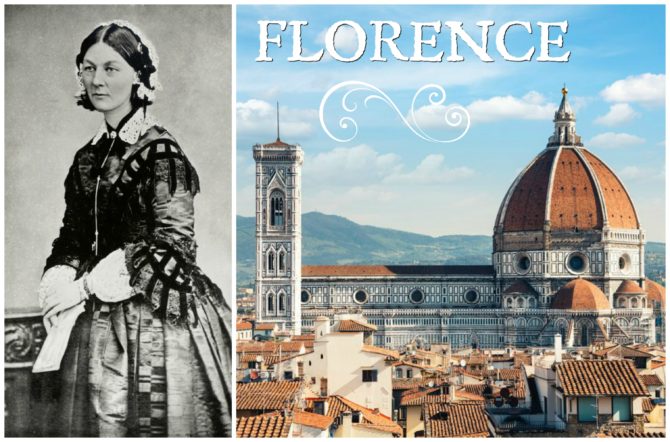 4. The Kindle app allows you to email book highlights.

I do a lot of highlighting in my ebooks; it helps me process what I’m reading and is one of my favorite aspects of reading on a Kindle. (Digital highlighting is so much easier than carrying a highlighter around with my books.) Unfortunately, most of my books are library ebooks (checked out through OverDrive,) so I lose those highlights when the book returns to the library. I’m so excited that I can now hold onto my favorite passages and quotes without having to buy the whole book!

5. I am becoming more sensitive in my old age.

I reflected last Friday on how I’ve inadvertently read one depressing novel after another in recent weeks. While it’s true that those books were all quite heavy, I realized that in my younger years, I would have been totally unfazed by these darker themes. Lately, though, the content I’m consuming has been sticking with me longer and having a pretty deep affect on my moods. I am generally drawn to darker books, but my skin isn’t as tough as it once was, so I think I need to start taking more caution with my book, television, and movie consumption.

6. Charlie is the most overrepresented name in film.

This awesome article looks at the names that are used in television and movies and compares these character names with names that are most common among actual people in the US. Through the article I learned that, in films made since 1920, the most popular character names have been Mary and Jack. Charlie is in the Top 10 for most popular male character names, even though it isn’t even in the top 25 of most common names given to US citizens born between 1916 and 2015. This explains why Charlie’s name feels familiar, even though I don’t know many other Charlies in real life. (I had fun playing around with the article’s search feature, which allows you to look up how common your name is in movies. I learned that there there were no characters named Kendra in the 26,000 films that were analyzed for the database.) 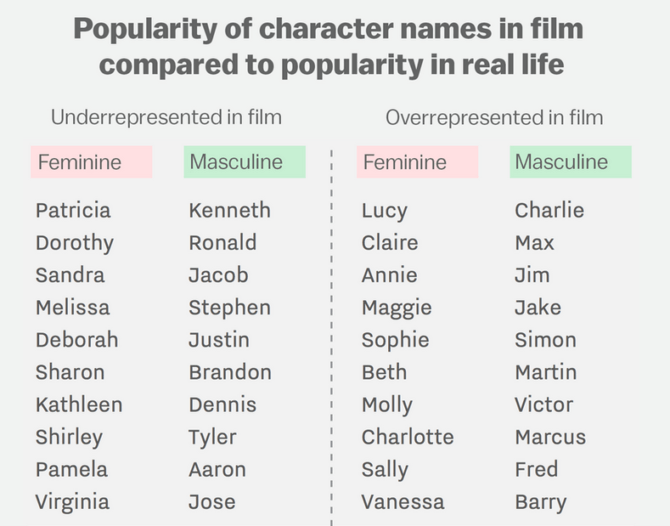 7. Sometimes, I just need to keep my mouth shut.

I am a hardcore introvert, which means that I can get very nervous when I’m in a new social setting. However, when people first meet me they probably assume I am very outgoing because when I’m just getting to know somebody, I talk A LOT. It’s my defense mechanism, and often it works, but sometimes it gets me into trouble. I tend to make a lot of jokes, and my humor is not always understood or appreciated. I’ve recently put my foot in my mouth on multiple occasions, to the point where I’ve had to go back and apologize to some new acquaintances that I’ve unintentionally offended. This isn’t the way I like to kick off a new friendship, so I am learning to think before I speak and to be okay with a bit of silence when I am just getting to know someone. I’m embarrassed that it’s taken me 32 years to have this realization.

8. My computer has TWO USB ports.

I’ve had my laptop for almost three years and never realized there was a second port on the right side! I’ve only ever used the left charging port and been frustrated that I couldn’t charge multiple things at once. Luke was recently borrowing my laptop and I noticed he was utilizing the right USB port. Mind blown! This has been a total game changer.

9. Though he’s not a committed Christian, Josh Radnor cites Mere Christianity as one of his favorite books and is a big fan of C.S. Lewis and Richard Rohr.

I sometimes forget that celebrities are real people too, which is one of the reasons I love listening to celebrity interviews (especially long-form podcast interviews that go deeper than the soundbites celebrities share on morning talkshows). This month I listened to Josh Radnor on Katie Dalebout’s podcast and was blown away by his intelligence, sincerity, and deep spirituality. I don’t agree with all of Radnor’s beliefs but I admire his wholehearted search for truth and the level of integrity he brings to both his career and his approach to life. I was so impressed with this first interview that I went on to listen to two more (this one and this one). I was previously only familiar with Radnor from his appearance on How I Met Your Mother, but now I’m eager to watch his other films and read his upcoming book. 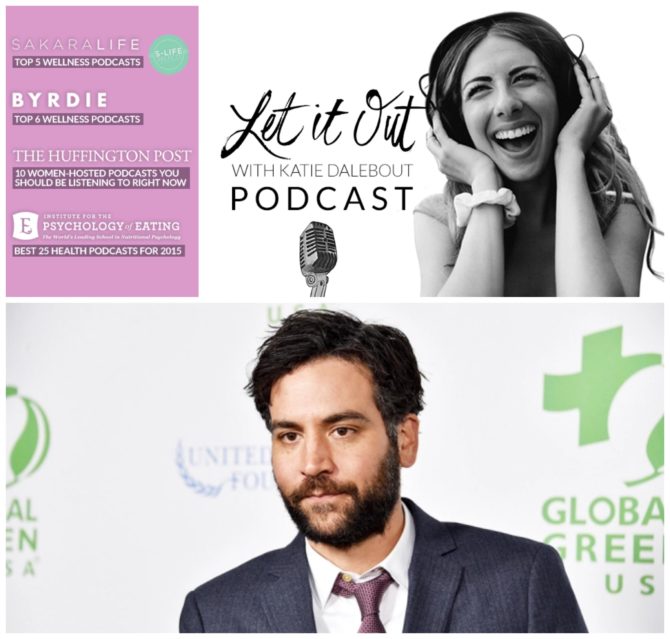 10. America’s love of pumpkin is out of control.

Americans spent $361 million on pumpkin-flavored items between 2014 and 2015. I’m not ashamed to admit that I contributed to that statistic!

11. It’s okay to not know what I believe about a particular topic.

I’m a very black-and-white thinker, and I like to be clear about my stance on everything from etiquette to religion. As I’ve gotten older, I’ve come to accept that there are very few absolutes. This means that I won’t have answers to every question, and even when I do, my answers are likely to be wrong. This is hard, especially when I am raising a child and want to be able to teach him the RIGHT way to think and believe. But I am finally at a place where I would rather admit to not knowing than pretending to know, and being wrong.

We visited a rural pumpkin patch/farm this month, and while it was a wonderful experience, I was eager to leave the dirt and bugs behind at the end of the day. I love nature and the outdoors, but that love is surpassed by my hatred for dirt. This is also why I don’t like going to the beach—the sand ruins it! I am so thankful to live in a time and place where I can pretend to be outdoorsy for a while and then retreat to my clean home. 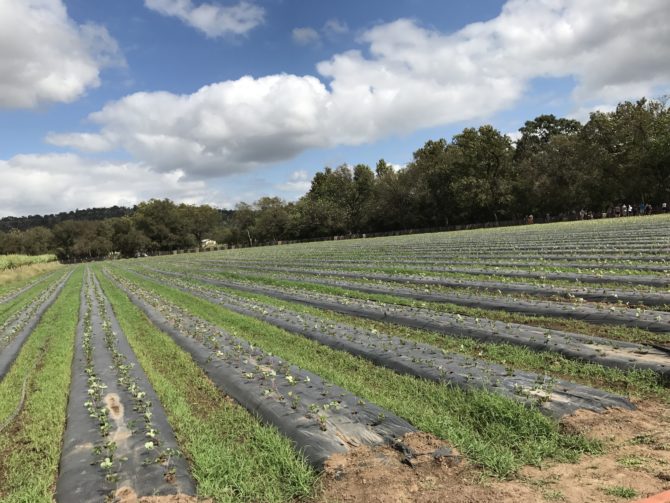 I hope that you’re having a wonderful Halloween filled with candy and costumes and all manner of spookiness. Thanks for taking a break in your holiday to spend some time with me!