I recently heard that the cells in your body replace themselves every seven years; in other words, we are literally different people today than we were seven years ago. It is impossible for us to remain stagnant. I am not someone who is comfortable with change. Even when those changes are positive ones, I recognize the loss that is involved—because the price of a new life is the death of the old one. Those old cells had to be shed to make way for new growth.

As much as I love learning, I can’t help but acknowledge that learning begets change. Some of these changes are superficial, others cut deeply into my core. Old frameworks and perspectives become cumbersome as I grow into a new ideological wardrobe. The evolutionary process is rarely seamless.

My learning this month fell into four categories: insights related to faith; lessons I learned through parenting Charleston; miscellaneous factoids I absorbed; and—the hardest—things I learned as a result of Charleston’s undergoing eye surgery this month. Some of these lessons were received begrudgingly, others with welcoming arms. All have in some way changed me. 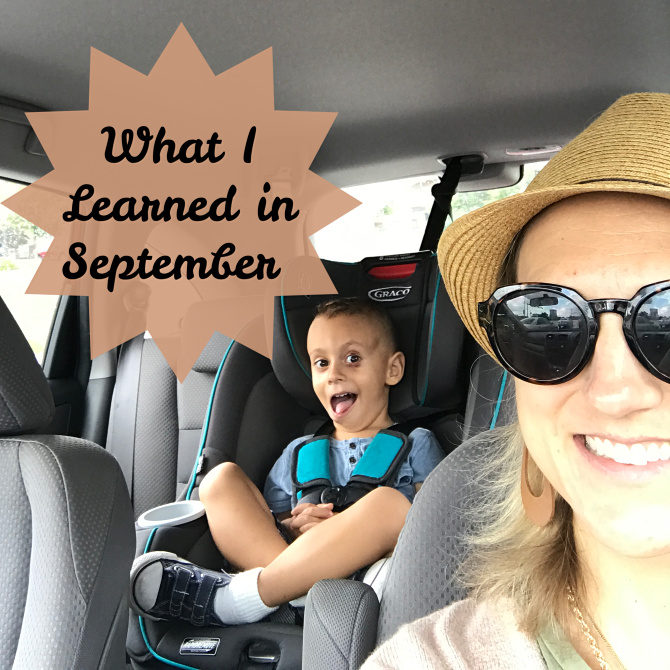 On a Faith Note, I Learned:

1. You can’t grow your faith in isolation.

God has been teaching me a lot about the value of community, especially as it relates to my faith. I think that other denominations are better at this than my own. I recently heard a commentary on the importance of the “WE believe” in the preambles to the Nicene and Apostles’ Creeds; the collective pronoun emphasizes a communal faith. It can be hard to hold faith alone; when we waiver, it is up to the community of believers around us to maintain faith on our behalf. I am thankful to have a solid faith community at this point in my life: we learn from each other, encourage one another, and help point every member of the body of believers towards God.

2. Jesus offers LIVING water; it is a flowing stream that adjusts to our daily needs and must be drawn from regularly.

My Women’s Bible study is going through the Gospel of John, and two weeks ago we studied the story of the woman at the well. In his interaction with the woman, Jesus offers her living water (meaning the Holy Spirit). I’ve read this story countless times, but the word living stood out to me this time. Living implies movement and constant change; it is not something to be accessed once and forgotten, but a well to be drawn from with regularity—because our thirst requires constant quenching, and because the water we receive will adjust according to our needs. (Similar to breastmilk, whose chemical makeup adjusts to the needs and growth of an infant.) I am, what Gretchen Rubin calls, “a Finisher”: I like to mark tasks as complete, and then move on. But my relationship with God isn’t an item to be checked off a list; it’s an ongoing—living—one that needs regular attention and nurturing.

3. When it comes to faith, we have lost the connection between passion and articulation.

I (eagerly) went down a Jonathan Merritt rabbit trail this month. It began with his interview with Annie F. Downs, in which they asked the question, why don’t Christians talk more openly about our faith? In other aspects of life, we talk about what we are passionate about. Why, then, if we claim to be passionate about Jesus, don’t we talk about him? Jonathan believes that it’s because we lack the proper language to communicate with anyone who doesn’t also speak Christianese. I am starting to recognize how much of my own vernacular may seem foreign to nonbelievers. Jonathan’s podcast and his book are both helping me redefine these terms so that I can use them with greater care. 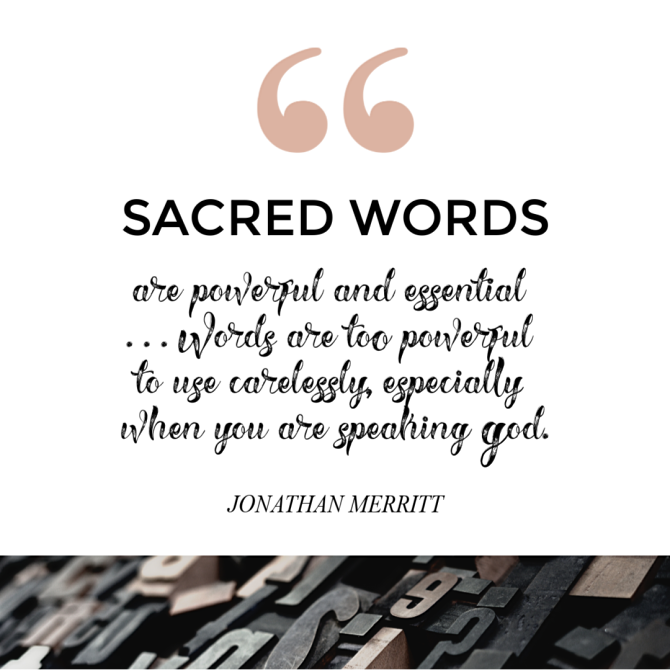 On the Parenting Front, I Learned:

4. My first job in motherhood is enjoying my child; raising him comes second.

This idea was presented at our last MOPS meeting. It seemed backwards to me at first, but the more I think about it, the more it fits: when I focus on delighting in my child, raising him will come naturally. He knows when I am parenting him out of obligation and when I am doing it out of love: the former breeds defiance and contempt, the latter fosters mutual respect and trust. Driving home the point: Charleston has a favorite babysitter that works at our gym day care. He adores her and begs to visit every time he knows she will be working. Why does he love her so much? Because she laughs with him. She truly relishes her time with the kids, and he knows it—and because of that, he respects her more than any of the other sitters. I want to have that sort of relationship with my son, too: one that is defined by joy.

Lately Charleston has answered with “huh?” nearly every time I give him a directive or share a new piece of information. For a while I thought he was having issues with his hearing and responded to “huh?” by immediately repeating what I’d said. I’ve started to realize that for him, this is just a verbal tick; he doesn’t need me to repeat, he just needs some time to process what he’s heard. When I don’t respond right away, he takes a beat and then gives a response of his own. How often do I rush in to rescue when all that is needed is a momentary pause? This isn’t just with Charleston, but with friends and strangers, and myself—sometimes a “huh?” is just that. No response or action necessary, just a little extra space.

6. My attachment to outcome is inversely proportional to its likelihood of taking place.

Charleston has never been a good sleeper, and nap time and bedtime have been a struggle since he was a newborn. Now that he’s almost four, I’ve started to let go of my expectations for nap time. Instead, I call it “rest time” and simply ask that he play quietly in his room for that hour. But lately, instead of playing, Charleston has been tucking himself into his bed and falling asleep. After YEARS of prodding and cajoling that rarely resulted in a nap, I finally gave up trying and now he’s napping all on his own! This lax attitude transfers to success in other areas, too: a chill attitude means he’s more likely to eat the food on his plate, or listen the first time when I give a directive. And I have a feeling this applies to more than just parenting: though counterintuitive, there is value and power in loosening the reigns of control. 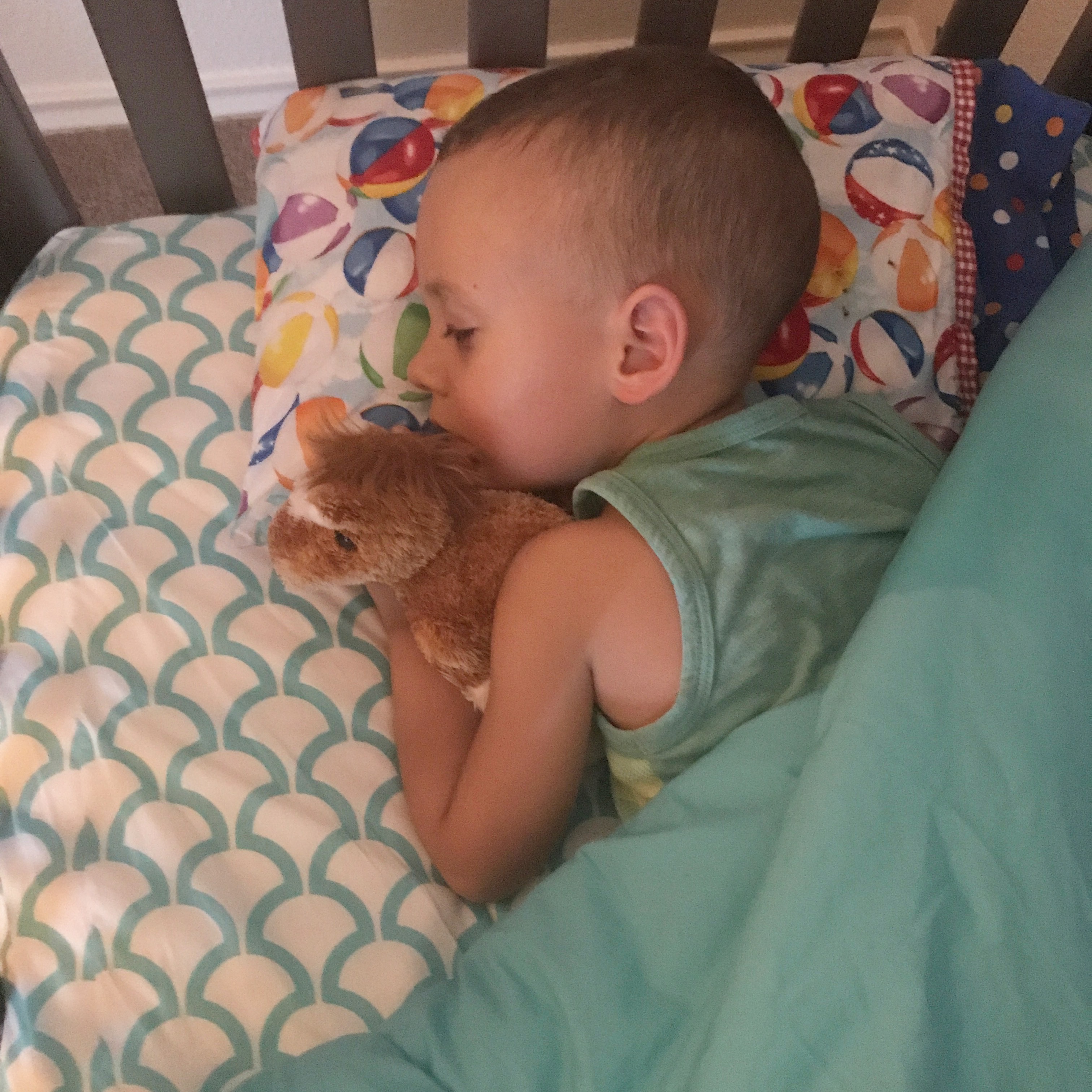 Through Our Surgery Experience, I Learned:

7. When the patient is your child, there is no such thing as “minor” surgery.

I mentioned in Friday’s monthly recap that Charleston underwent eye surgery two weeks ago. Though the surgery was elective and outpatient, it was more than a little traumatic for my mama heart. I hadn’t realized how hard it would be on me until I watched the anesthesiologist wheel his tiny little body away in that giant hospital bed. I positively HATED that he was going through the scariest situation of his life, and I couldn’t be there with him. I was crippled with anxiety throughout the duration of the surgery, and though the procedure went off without a hitch, he did not respond well to the anesthesia. NOT AT ALL. I have never seen him so distraught and had no idea anesthesia could evoke such a reaction.

Though Charleston’s procedure was incredibly hard on ME, he has no recollection of it, other than to comment on “how much fun” he had at the hospital. I’m thankful that it wasn’t a negative experience for him, and this has been a lesson for me in not transferring my own impressions of an experience onto my son.

9. I need to be a more vocal advocate for my child.

Prior to surgery, I had told Charleston I would be with him when he went to sleep and there by his side when he woke up. I hadn’t realized that I couldn’t be with him when he was put under or woken up. Though ultimately he was fine, I still wish I could have been there for him during those times and am still kicking myself for not asking the doctors about it prior to surgery. In the future I won’t let my fear of hearing “no” keep me from at least trying to do what I feel is in my child’s best interest.

10. My community really knows how to rally during hard times.

Friends and family knew how worried I was heading into surgery, and throughout that whole morning my phone was flooded with encouraging texts and offers of help and support. In the days following surgery, friends followed up to check on Charleston and ask how they could help. It was amazing to be surrounded by so much love, and a reminder of how important it is to offer the same levels of support when I’m on the opposite end of a trying situation. 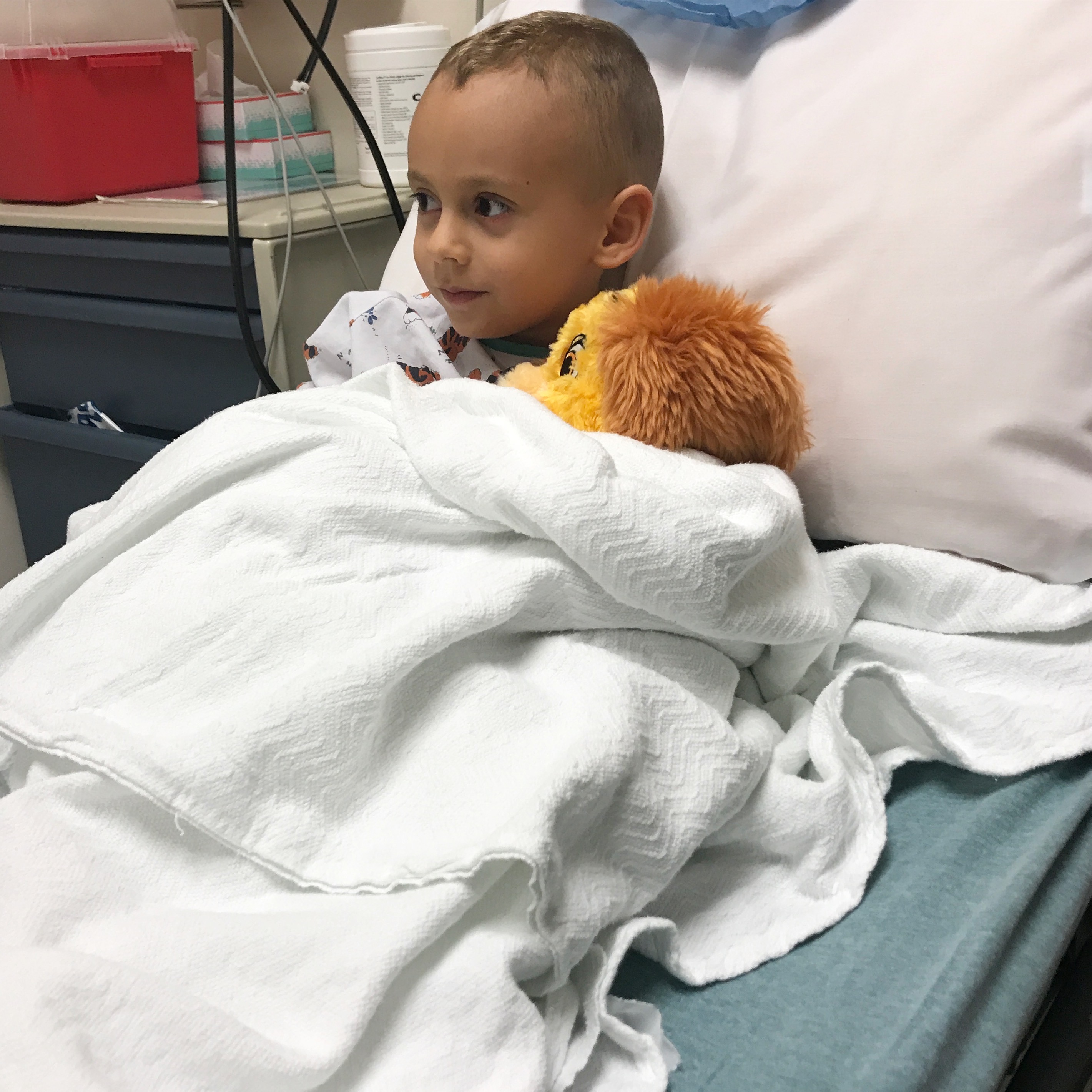 11. When it comes to my choosing to read a book or listen to a podcast, the messenger trumps the message.

I read a couple of books this month that did not in any way pertain to me and my life, yet I was drawn to read them because of my respect for the authors. In cultivating rapport with me as a member of their respective audiences, each author (one an actress, the other a podcast host) easily earned my readership. This has me thinking about the importance of establishing a relationship before I attempt to convey a message—whether that’s in parenting, sharing my faith, or writing this blog.

I have a few friends that regularly use GIFs in their texts. I love the humor but was too embarrassed to ask how they did it. This month I spent some time trying to figure it out on my own—it was easier than I’d thought, and I’m having WAY too much fun with my new little skill. My apologies to all of my texting buddies.

13. A flapjack is not just a pancake.

When I saw Smitten Kitchen’s recent recipe post title, I assumed that she was sharing a pancake recipe and grew a little confused by the accompanying pictures. Reading further, I discovered that in the UK, a flapjack is a sweet, tray-baked bar made from oats, butter, golden syrup, and brown sugar. Is this common information, or has the rest of America also been in the dark? I still have not had a proper British flapjack, and though I’m gluten free and generally pretty carb averse, these have me intrigued. 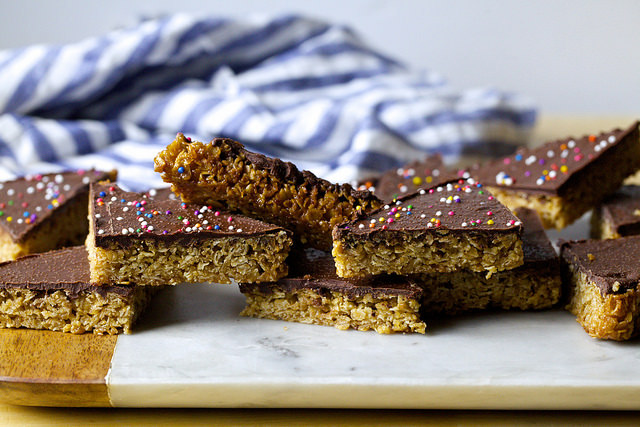 What have you learned this month? How has it changed you?