My journey through literary history has taken me into the 1950s. Thanks to television and movies, and to having parents who were born in the ’50s, I feel as though I have a better understanding of this decade than previous ones. When I think about the 1950s, I envision a fun, carefree era dominated by rock and roll, sock hops, and drive-in diners and movies.

Obviously, this idyllic image doesn’t paint a complete picture. It’s true that the United States experienced a time of prosperity following World War II, resulting in postwar booms in the economy, suburbs, and, of course, babies. But the darker tone of many of the decade’s most prominent novels speaks to an undercurrent of fear and discontentment. 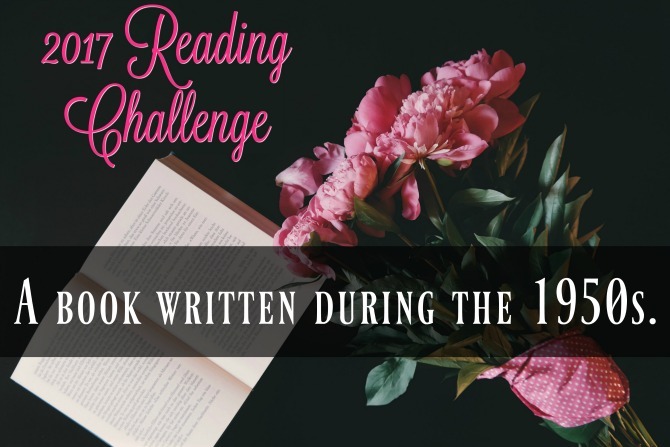 There is a lot that was new about literature of this decade. One of the more notable developments was the emergence of the beat generation, which was in direct opposition to the uniformity and conventionality so prevalent within 1950s culture. The decade also saw the inception of the science fiction genre as we know it today, and it was during this decade that the fantasy genre went mainstream, thanks to the publishing of much-loved series like The Lord of the Rings and The Chronicles of Narnia. A number of dystopian novels were written during this decade as well.

For my own selection for a book written during the 1950s, I decided to go with a book I’d never read by an author who was also new to me. Truman Capote was an author in a time when a writer could be a superstar, achieving celebrity status equal to that of today’s movie (and YouTube!) stars! So of course I was familiar with Capote, at least from a distance. But in the past I’ve steered clear of his work, assuming it would be harsh and gritty—not something that would interest me. However, Breakfast at Tiffany’s is a beautiful movie, so when seeking a book to satisfy this category of my challenge, I decided to give the source material a chance. 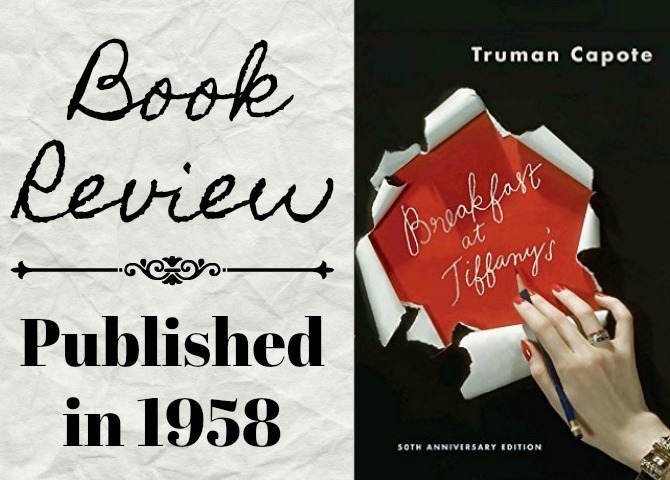 Breakfast at Tiffany’s is a novella that first appeared in the November, 1958, issue of Harper’s Bazaar and was later published in a collection with three additional short stories. The story is a simple one and mostly takes place in a flashback to the autumn of 1943, when our unnamed narrator (a writer) moves into the same New York apartment as Holly Golightly. Through the narrator’s interactions with her, we learn of Holly’s life as a café society girl and of her past, which is shrouded in mystery and the subject of much gossip, but is ultimately revealed to be one of poverty and hardship. Holly and the narrator (whom she affectionately calls Fred, after her beloved brother) form a platonic friendship and his heart is pulled in various directions as he bares witness to her showy-yet-lonely lifestyle and her ill-advised romantic connections.

It was impossible for me to read this novella, or have an opinion of it, without comparing it to the movie. Though there are similarities between the two versions, they are not at all the same. The time period is different (wartime ’40s versus the swinging ’60s), and Holly herself is not dark-haired or exotic like Audrey Hepburn, but blonde, wholesome-looking, and rather plain. The relational dynamic between Holly and the narrator is different, and he is more removed from her life, an observer of her story rather than a key player in it.

Capote’s work is much darker than the film, more sterile and lacking the movie’s whimsical tone. And the content in the book is racier and more jarring: much of it would not have been deemed acceptable for film at the time, which is likely why the movie omits it. Finally, and most notably, the novella differs from the movie in that there are no happy endings (we know this from the beginning) and there is very little redemption. 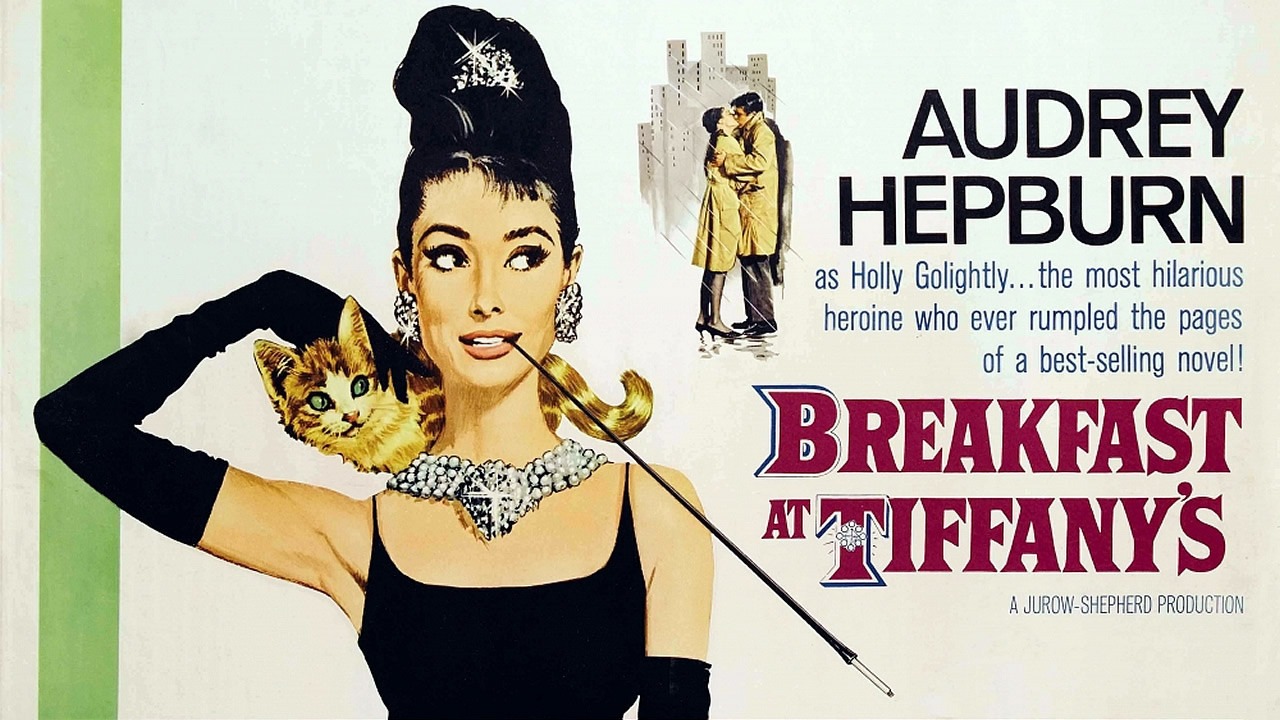 Given these differences, I am surprised that I liked this book, but I absolutely did—not for the story itself, but as a work of art. Capote is a brilliant wordsmith: each sentence is expertly crafted, each word selected with intention and for effect. Capote deftly weaves his phrases together to paint a vivid picture that is both about the story, and also about so much more. His metaphors are not subtle, but are nevertheless poignant. And in telling a tale that is at once personal and universal, he manages to evoke my sympathy for Holly, even while I feel as though I don’t fully know her. With Holly’s story, he prompts me to reflect on my own life choices, and the image I portray to those who are watching from afar. He reminds me that even in a bleak world, there are people who notice and who care.

In addition to the titular novella, this edition of the book contains three of Capote’s other short stories. I was not a fan of the first two, which were depressing and contained little plot or meaning (that I could discern) other than to illuminate the darker side of humanity. However, I loved the third story, “A Christmas Memory,” which is a sweet and touching account of a young boy and his grandmother-like friend. While it maintains the melancholy tone of the rest of the collection, “A Christmas Memory” speaks to the power of friendship and the joy that can be found in life’s simple moments. It was encouraging to see some redemption within one of Capote’s works.

While I can’t say I enjoyed this collection, I was deeply moved and impressed by it. Not every book can be happy or fun, and sometimes it’s the hardest stories that can have the biggest impact. 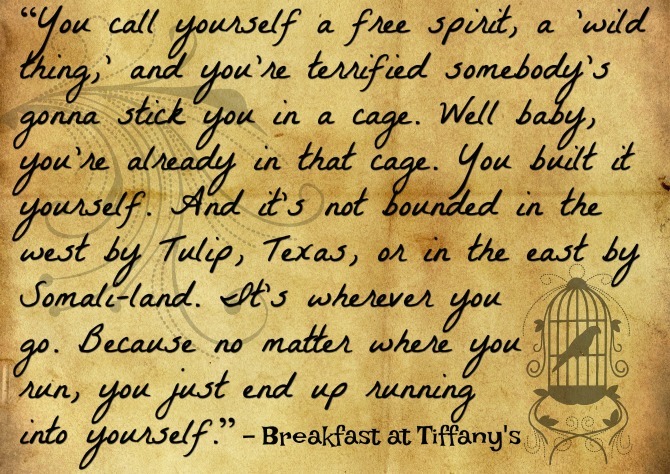 In researching books for this list, I was surprised by how many popular children’s novels were written during this decade. I assume this speaks to the baby boom that took place during the ’50s: more kids resulted in a wider market for this genre, and the prosperity of the decade likely contributed to an emphasis on the value of children and their education, as well as their entertainment.

The Catcher in the Rye, by J.D. Salinger (published in 1951) <– One of my least favorite books of all time.

East of Eden, by John Steinbeck (published in 1952)

Lord of the Flies, by William Golding (published in 1954) <– A high school favorite, and one I enjoyed rereading with my students when I taught middle school. 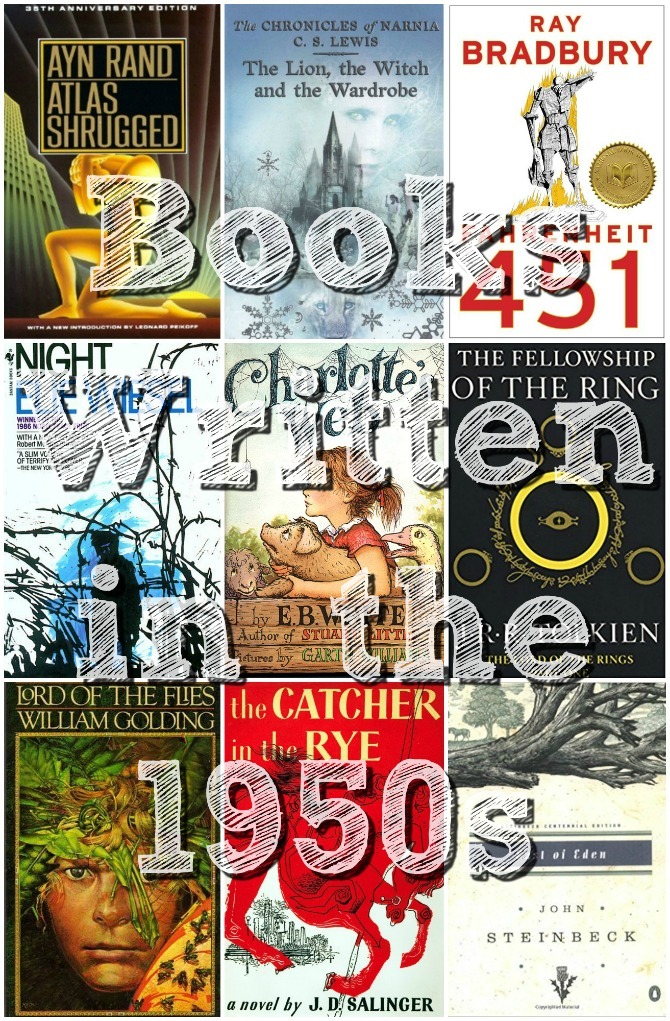 Have you read Breakfast at Tiffany’s? What did you think? What title would you choose to read from this decade?