There is no shortage of movies and books set during World War II; as one of the most defining events in recent history, it is no surprise that authors, filmmakers, and audiences have had a perennial fascination with this subject. And in spite of the atrocities of the Holocaust – or perhaps because of them – it is often the aspect of The War that receives the most attention. However, comparatively few children’s books have been written about this sensitive subject matter. Fortunately, Irish author John Boyne was not daunted by the prospect of bringing the Holocaust to a younger audience, and he does so quite masterfully in his best-selling novel The Boy in the Striped Pajamas. 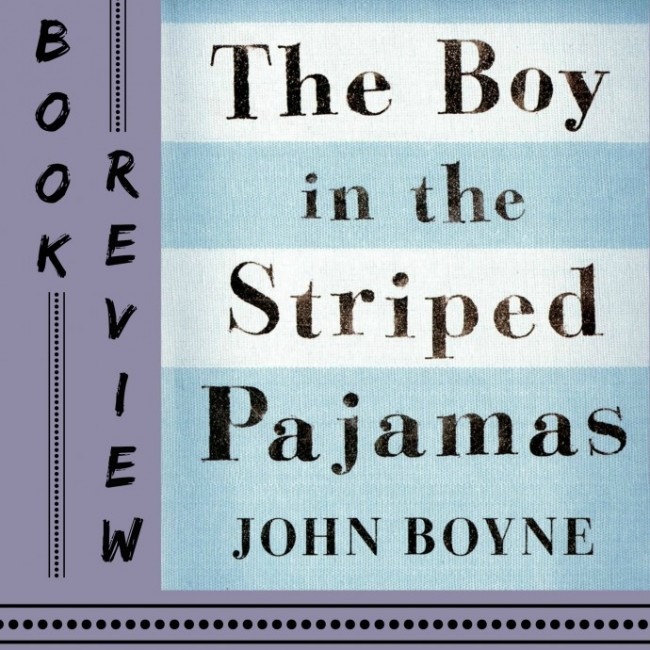 Bruno is a naive, adventure-seeking nine-year-old growing up during World War II in Berlin, Germany. As children of a high-ranking SS Officer, Bruno and his older sister, Gretel, have been sheltered from the horrific events taking place just beyond their privileged life in Berlin. However, Bruno’s world is turned upside down when his father receives a promotion from “The Fury” and his family must move to a strange place called “Out-With.” Bruno despises his new home, and doesn’t understand why he must remain lonely in his house while all the other children get to live and (presumably) play together just on the other side of the fence. Soon, Bruno forges an usual friendship with Schmuel, one of the strange children who wear filthy striped pajamas. Bruno and Schmeul spend their afternoons sitting on opposite sides of the fence, talking and sharing their lives, and as their friendship grows, Bruno’s youthful innocence is challenged.

The Boy in the Striped Pajamas is incredibly well-written, telling an important story in a unique and memorable way. By depicting the Holocaust through the eyes of a young boy, Boyne poignantly portrays the innocence of childhood, which effectively serves to highlight the harsh realities of Bruno’s world. In juxtaposing innocence and evil, naiveté and reality, Boyne has created a piece that is equal parts historical and fantastical. This novel is labeled as a fable, and despite its historical setting, I believe that this depiction is appropriate and essential in allowing the novel to convey its overarching themes of lost innocence and suppressed evil.

As is often the case with great pieces of art, The Boy in the Striped Pajamas has received its fair share of criticism. Detractors claim that the book is historically inaccurate, and criticize Boyne for trivializing the horrific conditions of concentration camps. However, in categorizing this book as a fable, Boyne has made it clear that his aim in writing this book was not to perfectly portray history, but to share a poignant story, a goal which I believe he has achieved with finesse. 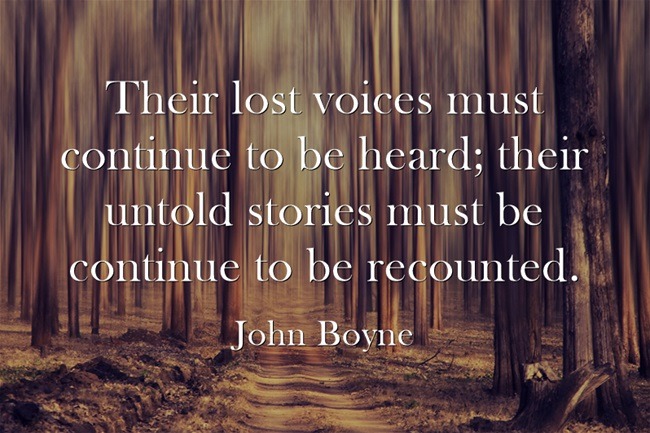 Since it was first published in 2006, The Boy in the Striped Pajamas has sold millions of copies around the world, capturing the attention of both children and adults. Though marketed to a YA audience, I believe that this book is suitable for younger readers as well: because it is told from the perspective of a nine-year-old, this novel could be used effectively to introduce children of that age to the subject of the Holocaust, without overwhelming them with the devastating details. Though I tend to be very conservative when it comes to language and sexuality in books for children and teens, I am not afraid to introduce young readers to weighty issues. Children are often more ready than we would expect to learn about the “messier” aspects of history, and in opening up discussions about these topics, we can emphasize the importance of understanding such atrocities so that we can prevent them from happening again.

The last line of The Boy in the Striped Pajamas reads, “of course all this happened a long time ago and nothing like that could ever happen again. Not in this day and age.” In reading, discussing, and sharing stories like Boyne’s, we can help to move such wishful thinking closer to our modern reality.