Earlier this month, the Social Security Administration released the lists of top baby names in 2015. As an unabashed name nerd, this is one of my most-anticipated days of the year! How I love pouring over the new lists, analyzing current naming trends, mourning the increased popularity of once-favorite names (oh Levi, how I loved thee), and rejoicing to find, once again, that Charleston and my hopefully-someday-girl-picks have managed to escape the top 1000 (appealing to my popularity-averse naming style).

I never need much prompting to rhapsodize over baby names, and the latest release has provided an excellent excuse to dedicate this week’s Cinco to some fun baby name lists! 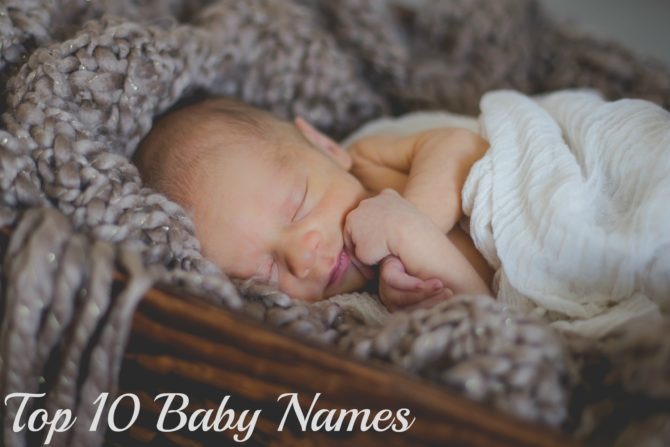 If you haven’t seen this list already, here are this year’s top names, along with each name’s standing compared to 2014. Not too many changes from last year; Daniel and Madison are the only two names that were on the 2014 lists that didn’t make the Top 10 in 2014. 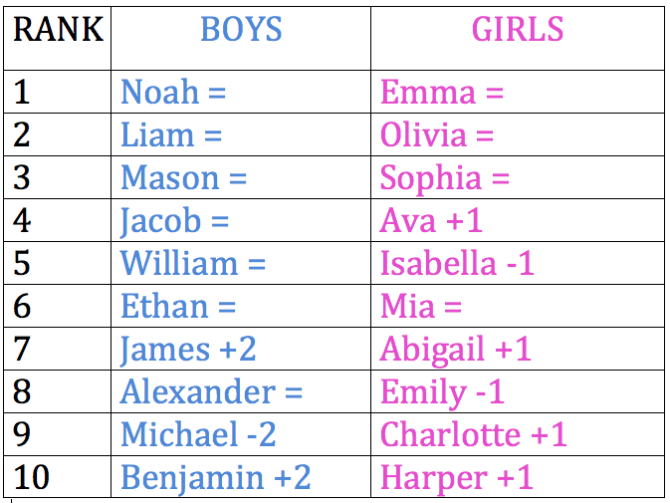 These are the names within (or close to) the top 100 that made the fastest leaps between 2014 and 2015. I’m curious to see if any of these names will move their way into the top 10 in future years. 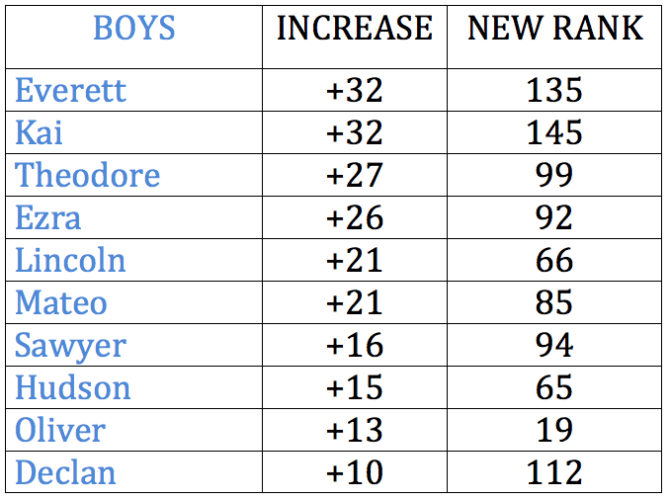 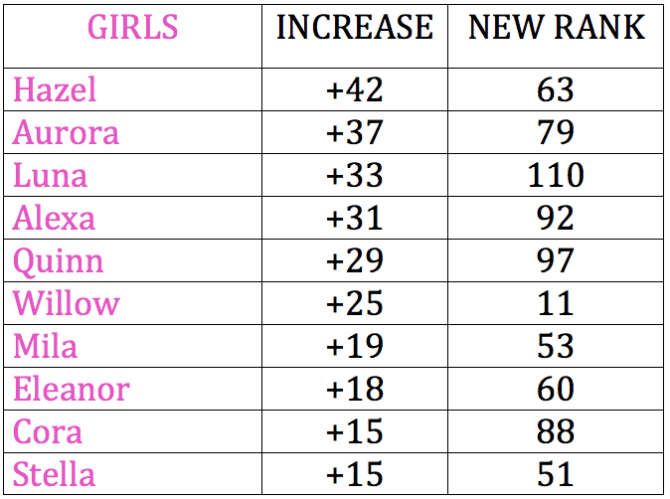 This is what the most-popular lists would look like if all spellings were combined. I find this list to be a more accurate indication of truly popular names, and it explains why I seem to know many more babes named Jackson/Jaxon/Jaxen than the name’s ranking would indicate. (The Social Security Administration’s rank is in parentheses.) 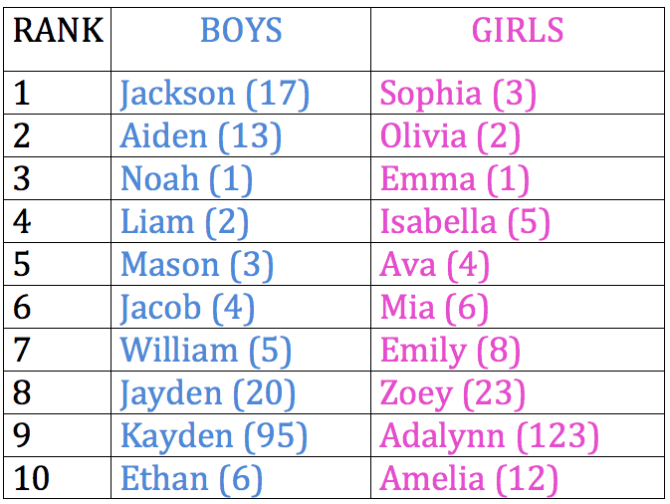 A look at the names that were most popular the year Luke and I were born. I heard a lot of these names in my classrooms growing up! 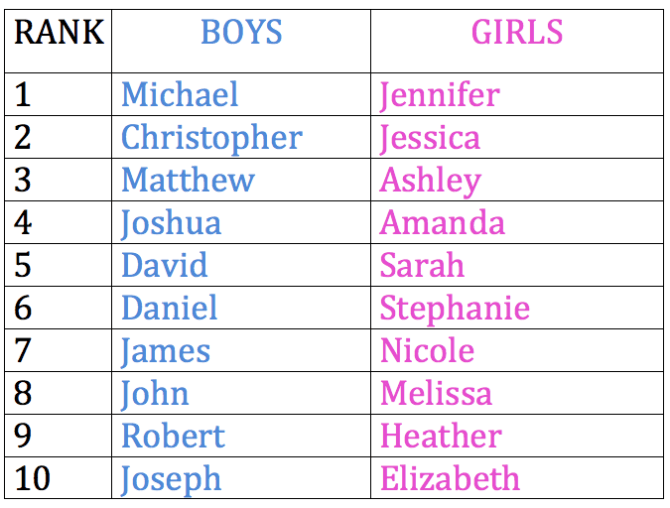 The names that had a bit more staying power rather than just being trendy. It’s really interesting to see the greater diversity in names given to girls: only one name was given to more than 2 million girls, while all ten of the top boy names were used at least that many times. Many of the girl names now feel dated, while most of the boy names remain popular. 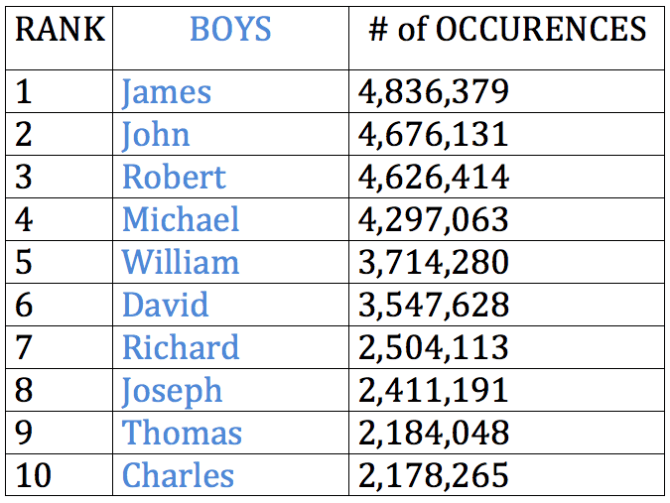 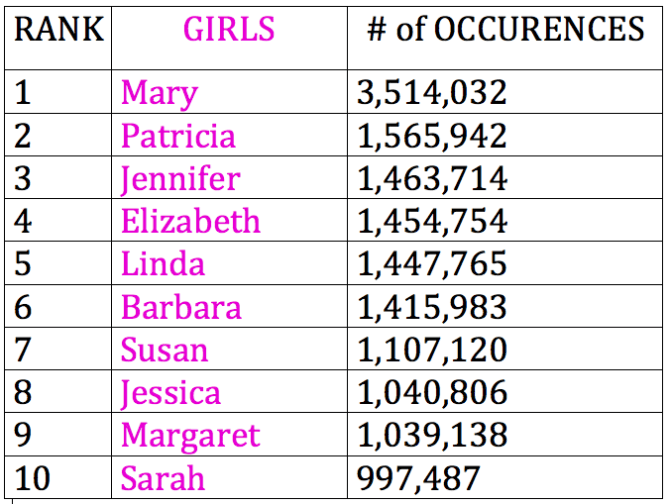 How did your name rank on this year’s list? Is it more or less popular than you would have guessed? Is popularity a factor you considered (or plan to consider) when naming your own children?