“Humility is a valuable virtue, because it breeds gratitude, which is unbelievably attractive.” I came across this quote while skimming a book review of Dave Ramsey’s newest book, and it immediately stopped me in my tracks. The concept of gratitude is a pretty prevalent one this time of year, and I am in complete agreement that it is an essential and, as Ramsey asserts, “attractive” quality. (Spoiler alert: it’s also going to be the next, and final, trait featured in my Cultivating Character series.) But I had never pondered the notion that an attitude of gratitude could be achieved through a position of humility. In fact, the whole concept of humility is one I’ve given little thought to over the years. After mulling over Ramsey’s quote for a bit, I decided I’d like to spend some time exploring this little-discussed character trait. 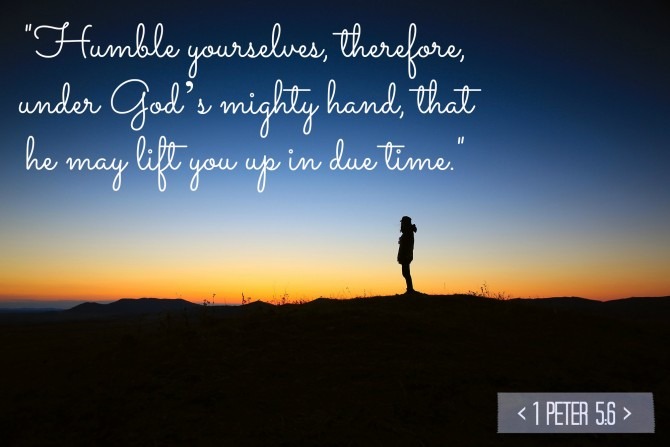 The Greek word used for “humility” in the Bible literally means “lowness of self.” Humility can also be defined as modesty, meekness, or submissiveness, all qualities that stand in sharp contrast to our society’s predilection for self-celebration. However, a quick Google search tells me that the word—or at least the concept—of humility appears in the Bible at least 27 times: clearly this is an important quality in the eyes of God. Jesus is described on numerous occasions as being humble, and Proverbs tells us that humility leads to wisdom, riches, and honor. This certainly seems to indicate humility as being a trait worthy of cultivation!

I believe that humility’s reputation suffers from its linguistic similarity to the word humiliation; though they look and sound alike, humility and humiliation are NOT the same thing. Humiliation refers to the shame one experiences as the result of a wrongdoing, whereas humility is an intentional laying aside of oneself. C.S. Lewis said that humility is “not thinking less of yourself; it is thinking of yourself less.” When we are humble, we step outside of ourselves in order to focus on the needs of others. This is what Jesus did when He took on human form and “humbled himself by becoming obedient to the point of death, even death on a cross” (Philippians 2:8). As followers of Christ, we are called to emulate Jesus’ willingness to elevate others’ interests above our own.

In order to develop a posture of humility, we must first embrace what God says is true about us: that we are created in His image and are of inestimable value in His eyes. Each of us is intrinsically valuable, and because of that we can stop striving for the approval of others and start serving them instead. James Ryle, one of the founding members of Promise Keepers, describes humility as “the God-given self-assurance that eliminates the need to prove to others the worth of who you are, and the rightness of what you do.” Instead of viewing humility as an obligatory trait, we can recognize it as a welcome release from the unfulfilling efforts of self-aggrandizement. 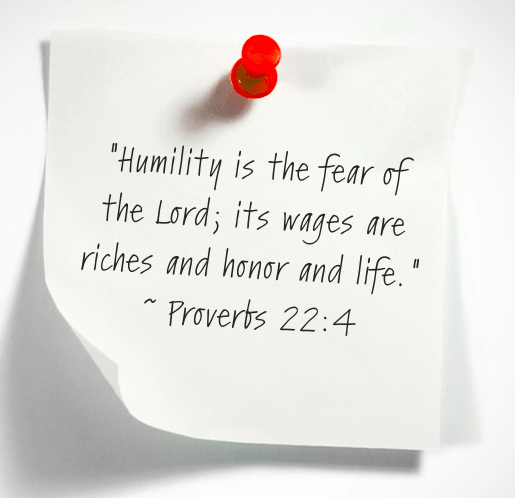 Humility ultimately comes from God, but there are other steps we can take to further develop humility in ourselves. One avenue toward humility is becoming fully cognizant of what we don’t know. . . and then, becoming willing to defer to the knowledge and expertise of someone besides ourselves. On a related note, we cultivate humility when we are receptive to the ideas of others, particularly those with whom we would normally be quick to challenge. By embracing a spirit of curiosity—in people’s lives, ideas, and beliefs—we are putting others before ourselves and thinking of ourselves less.

By definition, humility is not glamorous; society might even tell us that it is undesirable. Nevertheless, it is a trait to which we are called, and one that serves as a stepping-stone for further character development. Ultimately, pride is hollow and unappealing, but humility is attractive, satisfying, and eternally rewarding.