The connections shared among people tend to be fairly easy to classify: each person that passes through one’s life can be described as a stranger or an acquaintance, a friend or a family member, a confidant or a romantic partner. . . . Though the relationships themselves might not fit neatly into these discernible categories, we at least have the vocabulary to help us understand and describe the impact that other people have on our lives. It is not so easy, however, to catalog our connections to the objects, memories, and places that shape our experiences and mold our lives. Some inanimate possessions or locations pass through our lives without leaving the slightest impression; others become so entwined with our being that we cannot imagine our world without them. Such is the case for Rose Bazelet, the narrator and protagonist of Tatiana de Rosnay’s novel, The House I Loved. For Rose, her house is so much more than a place to live; it is an indelible part of her story and her soul, and she refuses to live a life apart from it. 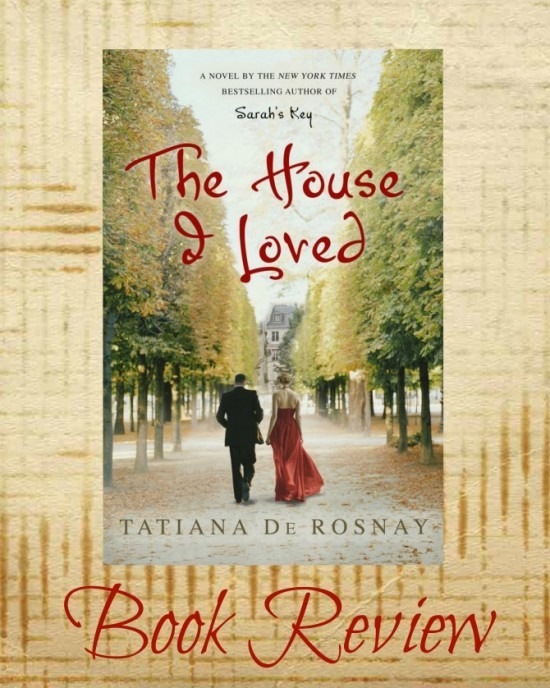 Between the years of 1853 and 1870, Emperor Napoléon III of France commissioned a vast public works program directed by the prefect of the Seine,  Georges-Eugène Haussmann. Known as Haussmann’s Renovation of Paris, this project included the demolition of many of Paris’s medieval neighborhoods, the construction of wide avenues and parks, and the annexation of several surrounding suburbs. The project would eventually result in a beautified and modernized city, but Haussman’s plans were met with vehement opposition from those whose lives and homes would be overturned in the destruction of the only Paris they had ever known.

In de Rosnay’s fictional account of this historical event, Rose Bazelet is among Haussman’s fiercest opponents. Rose has spent all of her married life in her house on rue Childebert, and she is horrified to learn that Haussman’s plans for the city include the destruction of her beloved neighborhood. Unwilling to part with the house she loves – the house that has been in her husband’s family for generations – Rose confines herself to the house’s basement. As she awaits the impending destruction, Rose passes her time by writing letters to her deceased husband, Armand, recounting memories from their lives together, and telling him all that has happened to her and to Paris in the decade since his death. Rose’s letters serve as her last confession, and just as her cherished city is being demolished to make way for something new, Rose’s soul is stripped of all its defenses, exposing the secrets and suppressed emotions that have haunted her for years.

Several years ago I was gifted a copy of Tatiana de Rosnay’s bestselling novel Sarah’s Key, and I fell in love, with both the story and with de Rosnay’s writing. I couldn’t wait to read de Rosnay’s subsequent novel, A Secret Kept, but was sorely disappointed. So I entered into reading The House I Loved not knowing quite what to expected: another favorite, or a second disappointment? What I discovered was something in between. The epistolary format worked beautifully for this book, and Rose’s narration felt authentic and intimate. The portraits she paints of her city and her fellow Parisians are vivid and captivating, and I enjoyed learning about this historic period through the eyes of one so profoundly impacted by its events. However, I found the character of Rose to be arrogant, judgmental, and superficial, which prevented me from fully sympathizing with her plight. I also found the story to be a bit too simplistic; for someone who has lived a life such a Rose’s, I would have expected more plot. Instead, The House I Loved has the feel of bloated short story – a beautifully written story, yes, but lacking the content to fill an entire novel. I commend de Rosnay for bringing to life this unique period in Paris’s history, but felt this book had the potential to be so much more.

← Quotable // from Michelangelo
Embrace the Failure, Release the Shame →