At the end of every month, I share a list of things I’ve learned in recent weeks. It’s one of my favorite things I write on the blog, and with the exception of the things I need to keep close for personal reasons, I’d like to think that these lists are a fairly comprehensive look at what I’ve been learning. But last month’s list was missing one item—a pretty big one. I failed to mention in that post that in the month of August, I learned how to iron.

Don’t adjust your glasses, you read that right. I, Kendra Jernejcic, a full-time mom and homemaker, lived on this planet for approximately 34 years and 5 months before I learned how to iron my own clothing. 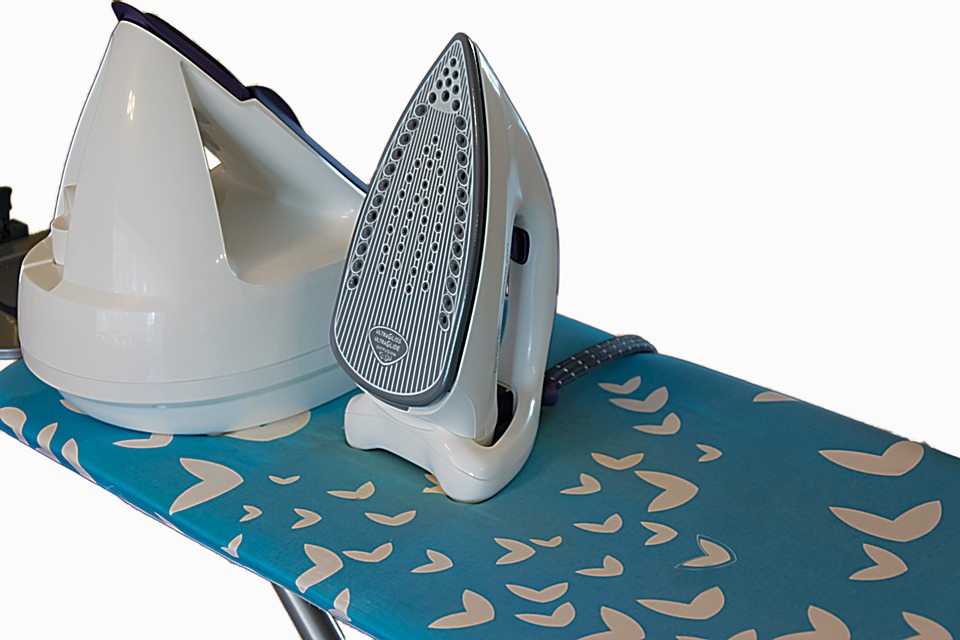 I’m sure that at some point during my growing up years, my mom attempted to teach me this vital skill. But it didn’t stick. She continued to iron my clothing for me, so I didn’t really need to know how to iron for myself. Once I got married and moved out of my parents’ house, I stuck to buying wrinkle-proof clothing or resorted to using the old hang-it-up-in-a-steamy-bathroom trick when I needed to mimic an ironed look. I even attempted using a hand steamer, with little success. When my halfhearted attempts at de-wrinkling my clothes failed, I simply wore them as they were, wrinkles and all. I knew there was a way to solve that problem, but I just wasn’t motivated enough to pick up an iron and attempt to learn the solution.

Fast forward through nearly ten years of marriage, ten years in which Luke has ironed all of his own shirts and Charleston’s, too, when I would ask him. I finally realized that things had gone too far when we came to a Sunday morning when Charleston didn’t have a single nice shirt to wear because they were all wrinkled. I was embarrassed to allow Charleston to sport such a slovenly look, but I felt too guilty to ask Luke to sacrifice important work hours to do a task that I—the parent with the most free time—didn’t know how to do. Instead, I asked Luke to make an investment with his time by not just doing the ironing himself, but teaching me how to do it. 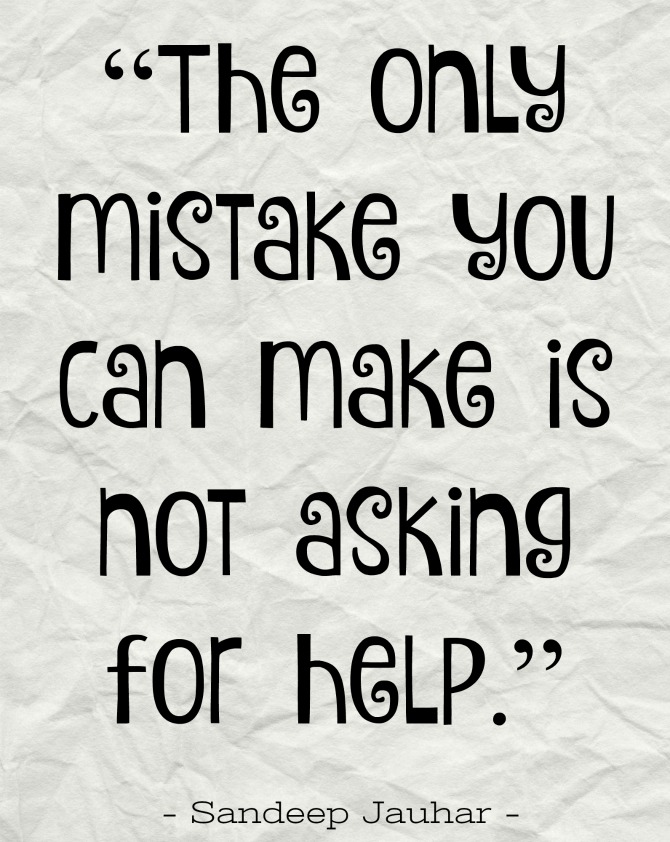 Was it humbling to ask my husband of nearly a decade to teach me a skill that most high schoolers can do? Absolutely! But Luke was an excellent teacher, patient and helpful and not at all condescending. He demonstrated how to place the clothing on the board to get the perfect creases, how to run the iron over the exact right spots, and even how to tackle those tricky sleeves. After showing me what to do, Luke watched and gave corrections as I tried it myself. We laughed at the absurdity of it all, but it was a fun bonding activity of the two of us, and by the end of the lesson I knew how to iron a child’s dress shirt all by myself. I discovered that it was a satisfying and relatively easy chore, and I’m not sure why it eluded me for so long. Somehow, it had seemed easier to cheat my way around wrinkly clothing—and accept the wrinkles on occasion—then to humbly ask for help in learning a new skill.

Though I’m likely the only 34-year-old woman on the planet who didn’t know how to iron, I’m fairly certain I’m not the only person who has spent years pouring effort into avoiding something when just doing the work would have been so much easier. I’m sure you’ve been there, too. We tell ourselves that our shortcuts are working. Sure, we’re merely surviving when we could be thriving, but we don’t think we have it in us to give it our all. We buy in to the lies that we aren’t capable enough or smart enough or perfect enough to do the thing that needs doing. We fear that our efforts won’t make a difference, so we simply don’t try. Only once we reach the breaking point (in my case, seeing Charleston’s closet full of unworn wrinkly clothes) do we concede to acknowledging the problem and taking action. 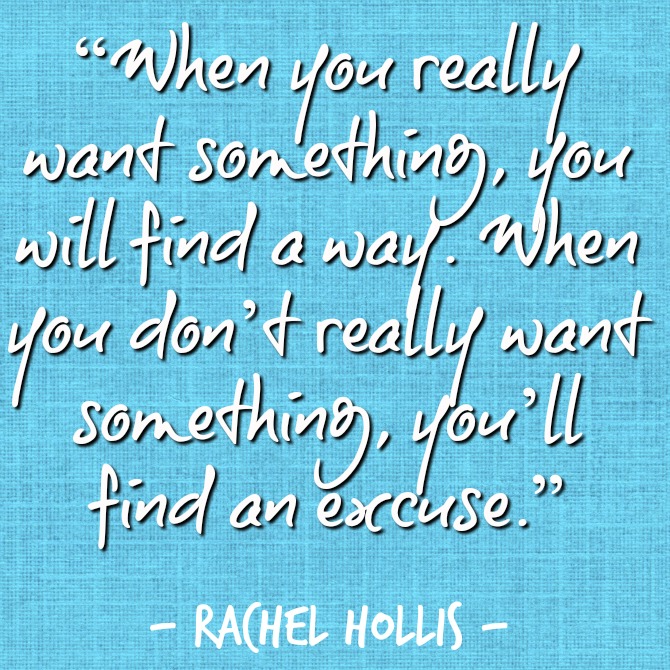 What if we made a preemptive strike at the thing that is taunting us? Instead of waiting for the crucible moment, what if we were to recognize the work that needed to be done and started to tackle it of our own volition? Maybe we would fail. Maybe the work really would be too hard. Or maybe we would discover that ironing isn’t so bad after all.

There is a catch to my learning how to iron. Now that I have this skill in my personal homemaking arsenal, I’m accountable to using it. I can no longer claim ignorance as an excuse. This means that I iron our family’s clothes, or we continue to traipse around in wrinkles—either way, I’m making an intentional choice. My lack of knowledge was an enabler of passivity and laziness; now I must own my laziness or rise up against it. Acknowledging this is a little scary, and likely why I put off learning to iron for so long. But I know from experience that taking the reigns is almost always preferable to having them taken for me; I might not always steer in the right direction, but there’s comfort in knowing that I’m the driver of my own ironing board. 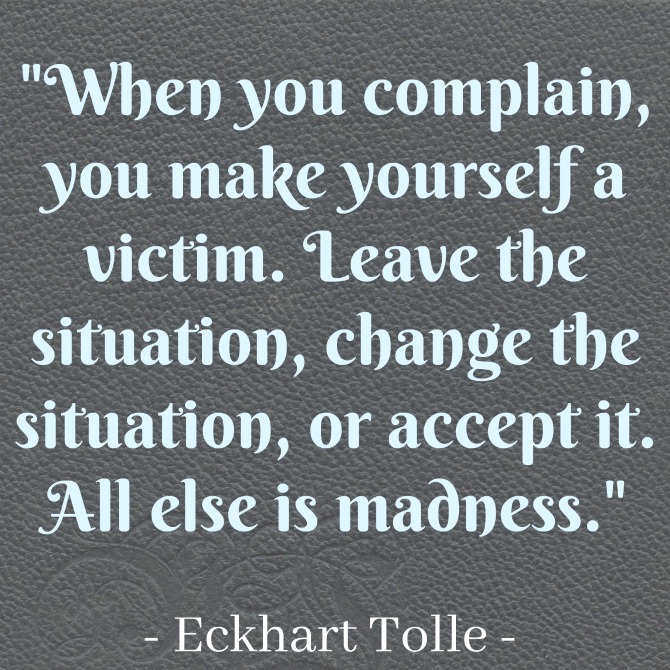 “Yes, you may feel unqualified, uneducated, untrained, under-gifted, or even unworthy. Yet, those are excellent qualifications for God to do a mighty work.” ~ Chuck Swindoll END_OF_DOCUMENT_TOKEN_TO_BE_REPLACED

“God made no mistakes when He created you. You were uniquely designed for success in your purpose.” ~ Valorie Burton END_OF_DOCUMENT_TOKEN_TO_BE_REPLACED

“Every great dream begins with a dreamer. Always remember, you have within you the strength, the patience, and the passion to reach for the stars to change the world.”  ~ Harriet Tubman END_OF_DOCUMENT_TOKEN_TO_BE_REPLACED

“Be at war with your vices, at peace with your neighbors, and let every new year find you a better man.” ~ Benjamin Franklin END_OF_DOCUMENT_TOKEN_TO_BE_REPLACED

“New Year’s Day. A fresh start. A new chapter in life waiting to be written. New questions to be asked, embraced, and loved. Answers to be discovered and then lived in this transformative year of delight and self-discovery. Today carve out a quiet interlude for yourself in which to dream, pen in hand. Only… END_OF_DOCUMENT_TOKEN_TO_BE_REPLACED

“Wanting to be a better version of you is worthwhile. Desiring to change is maturity. Hoping to be someone else is just wasting your time.” ~ Maria Goff END_OF_DOCUMENT_TOKEN_TO_BE_REPLACED

“When we feel lost or uncertain or blocked from our own truth, it helps to remember that darkness and confusion, too, are part of the path.” ~ Rolf Gates END_OF_DOCUMENT_TOKEN_TO_BE_REPLACED

“One of the greatest resources people cannot mobilize themselves is that they try to accomplish great things. Most worthwhile achievements are the result of many little things done in a single direction.” ~ Nido Qubein END_OF_DOCUMENT_TOKEN_TO_BE_REPLACED

“Though nobody can go back and make a new beginning, anyone can start over and make a new ending.” ~ Chico Xavier END_OF_DOCUMENT_TOKEN_TO_BE_REPLACED