Is it seriously already time for a What I Learned recap? I could have sworn we were just packing up the Christmas decorations, but here were are, an entire month into the new year! I have to admit that my learning has been a bit anemic in the last few weeks. I spent a lot of time reflecting at the end of last year, and apparently I got all that introspection out of my system, because I jumped right into 2018 and have barely taken a moment until now to sit down and do some actual thinking. But as I sat down to write this list, I realized that some deeper learning has taken place so far in 2018, it’s just been happening under the surface. Here’s a look at a few lessons I’ve gleaned this month. 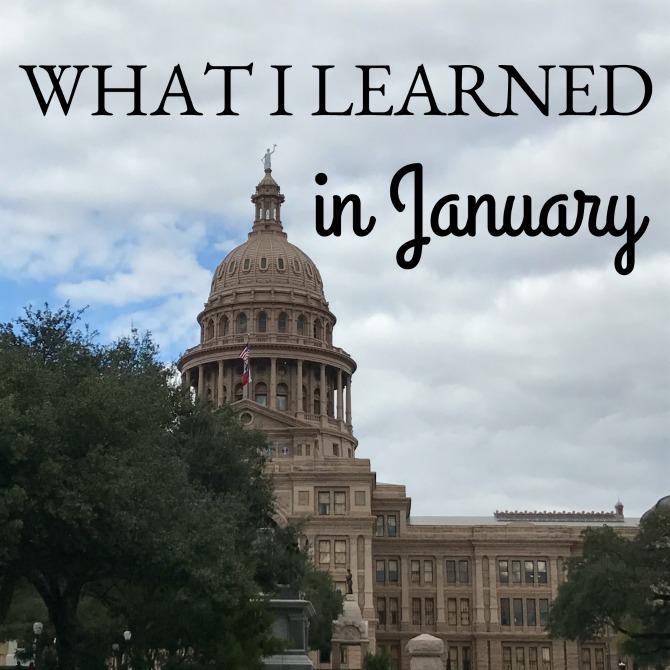 1. A mom and daughter we are friends with at our gym are our (literal) neighbors.

The daughter is Charleston’s age and they play together in the babysitting room; I say hi to the mom nearly every day when we pick our kids up after our workouts; and somehow I never knew that they lived two doors down from us (and have lived there since before we moved into our house nearly two years ago)! I finally made the connection when Charleston and I were hanging out in our driveway a couple of weeks ago and saw them pull into their garage. I don’t know how I’d never realized that our gym pals were also our neighbors. My takeaways from this realization are: 1) I need to be more observant, and 2) I need to be more diligent about getting to know our neighbors!

2. I underestimate my child (treat him like he is younger than he is).

In my eyes, Charleston is still just a little guy. I think this is fairly common (isn’t that why moms refer to their college-aged kids as their babies?). It doesn’t help that Charleston is physically smaller than other kids his age, which makes it even harder to wrap my head around the fact that he is three and should be treated accordingly. When Charleston started gymnastics this month, and I saw him following directions and performing amazing skills all on his own, I had a huge aha! moment. My baby is NOT a baby anymore. He’s a big kid, and it’s time for me to start expecting more from him. Now I just need to learn how to go about doing that! I have a feeling I’ll be dedicating a few therapy sessions to this topic.

3. There is a huge overlap between popular dog names and popular people names.

I’ve only ever had two dogs, and they both had dog names (Buckwheat and Sasha). In fact, I’ve always thought people names on dogs sounded sort of silly. But apparently this is becoming the norm. I’m definitely not sure how I feel about my son sharing a nickname with the #2 top name for male dogs. (Side story: Charleston’s good friend Bennett has an aunt with a dog named Charlie, and the shared name has caused a lot of confusion for both boys.) 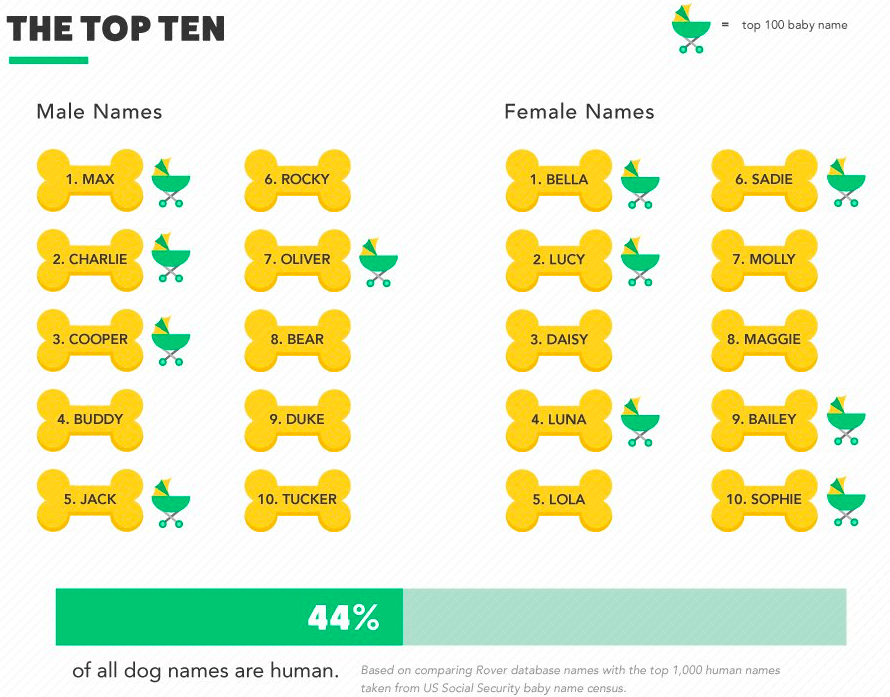 My parents were visiting us from California last week, and we had planned to ride the train downtown while they were here. It was Martin Luther King Jr. Day, so I checked online just to make sure the trains were running. The website assured me trains were following a regular schedule, so we drove to the station and bought our tickets. . . then waited for a train that never arrived. Note to self: call ahead next time.

5. Be wary when dealing with online companies.

During the past few months I’ve had a number of unfortunate letdowns from online businesses. I ordered a subscription box that was never sent (and the company failed to reimburse me, or even answer my numerous emails and phone calls); another company sent a gift to the wrong address, despite several attempts on my part to confirm that the package was being delivered to the right place; my favorite photo company canceled my order without my permission and would not let me reuse my coupon code when I attempted to order again; another photo company had a glitch in their system that prevented me from importing my photos, and my emails to Customer Support went unanswered. Our world is growing increasingly digital, and while I’m mostly on board with these changes, it’s frustrating when companies use the lack of human interaction as an excuse for shady business practices. I have no solutions or answers, other than to stick with brick and mortar companies as much as possible in the future.

In the past I’ve tended to go overboard with my Instagram filters (they’re just so much fun!) but when I ordered a photo book of my pictures at the end of 2017, I was able to see those filtered images in print and I didn’t love them. Lately I’ve been leaving off the filters. I do need to brighten up most of my photos, but those are the only edits I make, and I have to say I’ve been much happier with them. 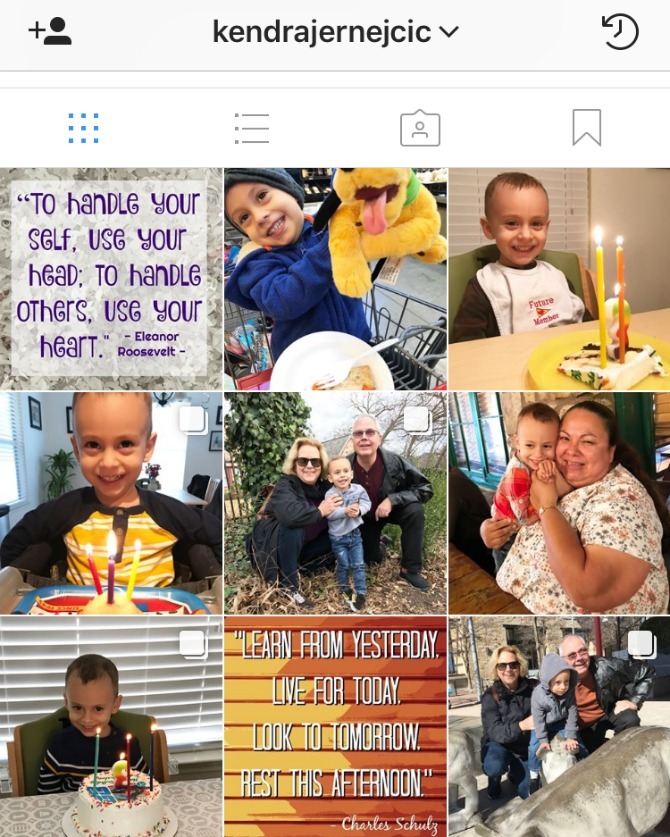 7. The city of Austin literally shuts down in the cold.

We had some incredibly cold days this month (as in, highs were in the 20s) and while I agree that it was FREEZING, I was shocked at the town’s inability to cope with the cold. Schools and businesses were closed, the streets were empty. I’m the biggest cold wimp there is, but it was actually kind of fun to experience—and great to realize that such harsh temperatures are so rare in Austin that Austinites are willing to go into hibernation when the temperatures dip so low.

8. Staying on top of organization makes life SO much easier!

I’m fairly OCD about most things in life, but had gotten lazy when it came to the organization of my digital files. In the past I would wait until the end of each month to clean things up, but since January 1, I’ve been taking the time to tidy up at the end of every day. It only takes a minute or so to file and name my photos and digital journals each night, and now that the month is over, I’m thanking myself for the savings in time, energy, and stress that would have been spent sorting through a month’s worth of files.

9. HEB will fill up your helium balloons.

I ordered some Thomas the Tank Engine balloons from Amazon for Charleston’s birthday, and on the day of the party I took them over to HEB and had them filled up. They did charge me for the fill-up, but the total cost was still less than if I’d bought balloons at HEB, and I was able to get the exact designs I wanted. I’ll definitely be doing this for future parties. 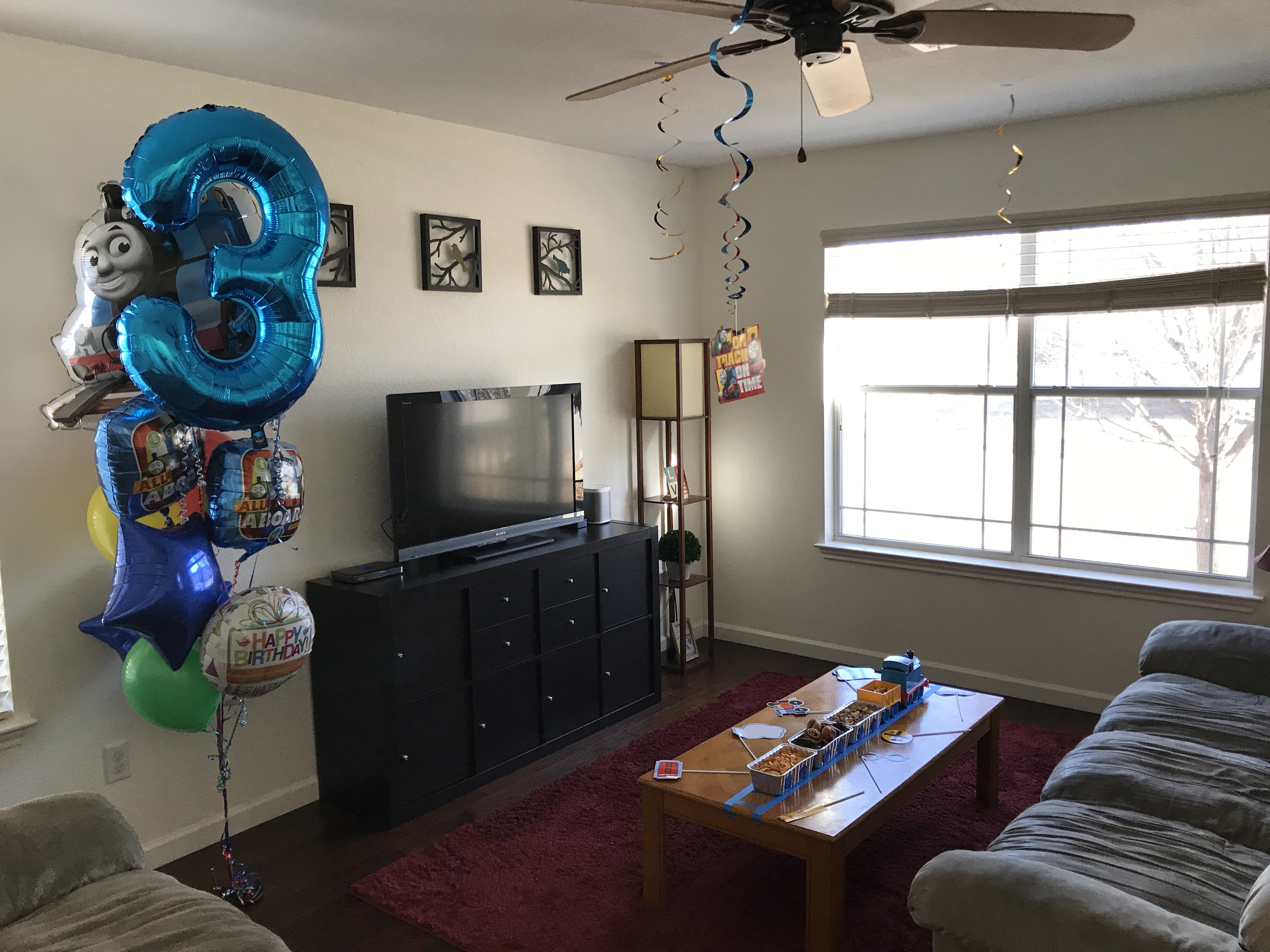 10. Calendars are an excellent teaching tool.

I should have known this from all my years of teaching, but I’d naively thought Charleston was still a little young for calendars. (See #2 above.) He had so much fun with his Advent calendars that we got him  this Melissa and Doug daily magnet calendar for Christmas, as well as a Disney Day calendar. We change both calendars together each morning and he’s already learned so much about numbers, dates, and even the alphabet. Plus it’s fun for both of us!

11. Being cruel to past versions of myself makes me more judgmental of others.

As I get older and more mature, it’s easy for me to view my younger self with criticism and harshness. I see the mistakes I made and feel nothing but distaste and regret. I’d thought that these were appropriate reactions, and signs of how far I’d come. This discussion between Annie Downes and Nichole Nordeman helped me realize that this is not only unkind, but can even be detrimental—because having a harsh view of myself predisposes me to act judgmentally towards others too. A healthier response is to show compassion to my younger self, acknowledging that I was doing the best I could with what I knew at the time. This has been an interesting and relevant takeaway for me during this year of grace.

We (well, Santa) got Charleston a scooter for Christmas, and my father-in-law has been letting us borrow his adult-sized scooter so that we can ride with Charleston. And you guys, it is SO MUCH FUN! The razor scooter trend was after my time, so I never had one growing up, but I was missing out! I think Luke and I both know what we’ll be getting each other for our birthdays! 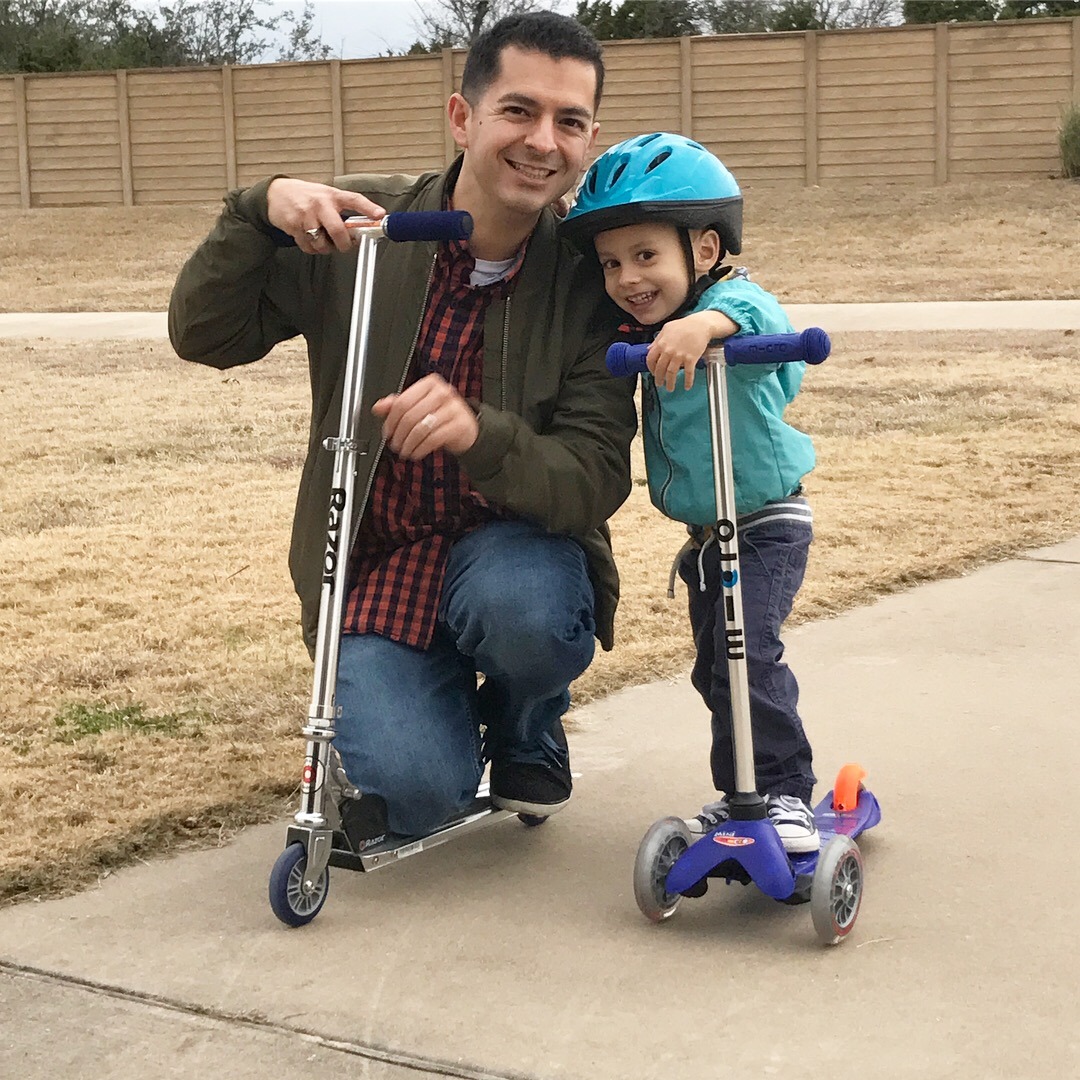 This list was a little shorter than my usual WIL wrap-ups, but I still have high hopes for a great year of learning. What’s one thing you have learned in the month of January?