I have series books to thank for making me the bibliophile I am today. Though a few stand-alone titles stand out from my childhood, it was popular series like The Boxcar Children, The Baby-Sitters Club, and Nancy Drew Mysteries that kept my nose in a book. This preference continued into my teens and early adulthood, when I had little time to read and wanted my selections to be a sure bet: it was easier to continue with a trusted series than take my chances with something new.

These days, my TBR has grown so long that I don’t pick up series books as often as I once did, for fear that I’ll become too invested in the story and feel compelled to see the series to completion, to the exclusion of other books. As every reader knows, it’s never fun to fall prey to FOMO toward some shiny new titles when you’re caught up reading something else. That said, I’m still open to trying a stellar new series, particularly one I can step in and out of.

For this reading challenge category, I was looking for a series with consistent characters but a noncontinuous plotline—in other words, something that I wouldn’t feel obligated to binge, but that could provide me with back-up-reads next time I found myself in need of a good book.

I had a few titles in mind, but in doing my research I fell down an Amazon recommendations rabbit trail and ended up going in a whole new direction with The Ravenwood Mysteries, a series by a new-to-me author. An “atmospheric historic mystery” for fans of Louise Penny and Jacqueline Winspear? Sign me up! Bonus points for coming free with Kindle Unlimited (to which I have a three-month subscription thanks to an amazing Amazon Prime Day deal).

Set in turn-of-the-20th Century San Francisco, this mystery debut novel from fantasy writer Sabrina Flynn features Atticus Riot, a detective who is returning home three years after the death of his partner. Riot hopes to retire, but is presented with a case he cannot turn down. Isobel Kingston is a recently married heiress with a sullied past. Her disappearance from her husband’s home on the day after Christmas is not out of character, but when two ransom demands are delivered for the allegedly kidnapped woman, the authorities become involved.

Riot—a hardened but shrewd sleuth with keen observational skills and an uncanny knack for reading people—quickly ascertains that Isobel’s wealthy husband is hiding the truth. Riot’s investigation takes him into San Francisco’s seedy underbelly, where political corruption runs rampant and illicit prostitution is prevelent. In alternating chapters, we skip a week back in time to experience the events from the victim’s perspective; the stories’ ultimate convergence is wonderfully unexpected and incredibly satisfying. 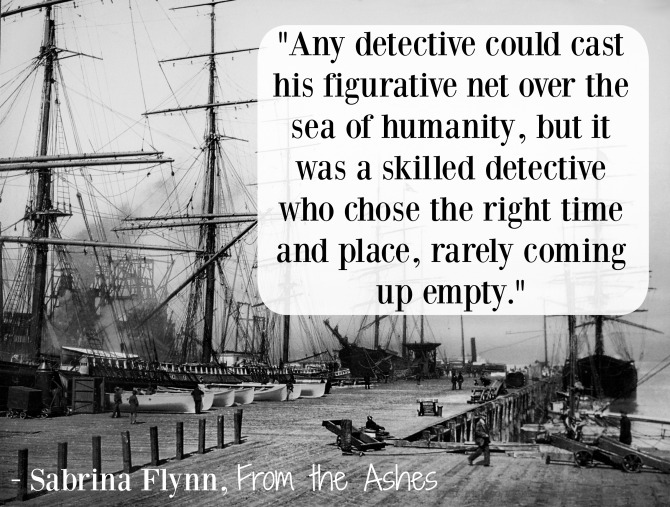 From the Ashes was much more literary than other mysteries I’ve read. I appreciated Flynn’s excellent wordsmithing, incorporating clever metaphors and palpable sensory details without sacrificing plot. Flynn isn’t afraid to pause her story to paint a detailed scene, but the novel maintains a quick pace and is filled with enough red herrings and plot twists to hold my attention to the end.

I enjoyed the intriguing (albeit unsavory) portrait of historic San Francisco, and I was drawn to both protagonists who are complex, mysterious, and easy to root for. Flynn writes great dialogue, and their witty banter and verbal sparring is a definite highlight. I’m looking forward to seeing more of them as the series continues. 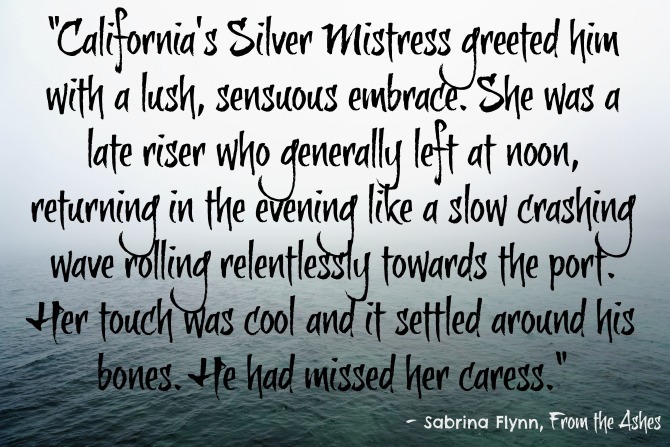 I’ve heard good things about each of these series and hope to get to every one of these books eventually!

The Passage, by Justin Cronin (The Passage Trilogy)

My Brilliant Friend, by Elena Ferrante (The Neapolitan Novels)

The Eyre Affair, by Jasper Fforde (Thursday Next Novels)

The White Queen, by Phillipa Gregory (The Plantagenet and Tudor Novels)

The Midwife: A Memoir of Birth, Joy, and Hard Times, by Jennifer Worth (The Midwife Trilogy) 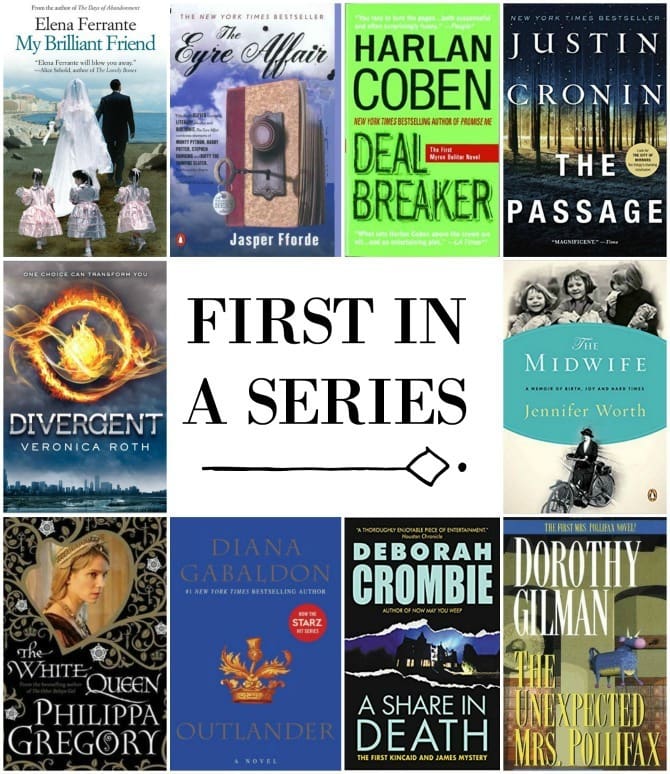 Do you enjoy reading book series? What are some of your favorites? I of course love the Harry Potter books and nearly every mystery series I’ve tried (standouts include Louise Penny’s Inspector Gamache novels, Alan Bradley’s Flavia DeLuce books, and all of Agatha Christie’s Hercule Poirot and Miss Marple books). I’ve also enjoyed a few more recent YA series,including The Hunger Games and The Lunar Chronicles.