The Bible offers many names and descriptors for God, but one of my favorites is Heavenly Father. I realize that this moniker might not be appealing to everyone, particularly those whose earthly fathers were absent, abusive, or lacking in some significant way. Thankfully, my own dad was none of those things. In fact, in both childhood and adulthood, my dad has provided a wonderful model of affectionate, intentional, and grace-filled fatherhood. It’s because of my dad’s earthly example that I am so drawn to the concept of God as my Heavenly Father. This is how I address God in prayer, and it’s usually the lens through which I view God when I study Scripture. 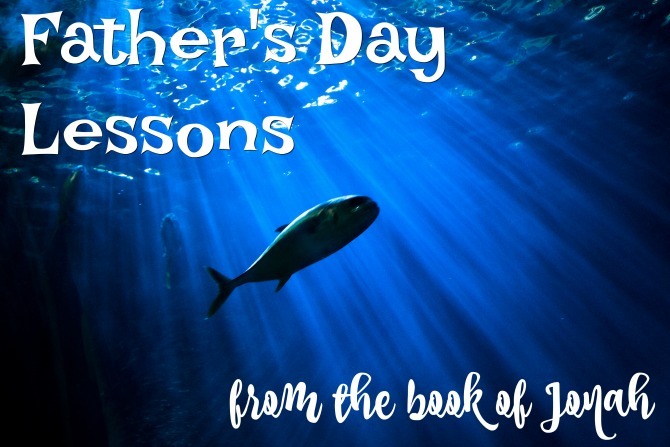 I’ve been working through the Essential Jesus reading plan as part of my daily devotions, and last week’s reading took me to the book of Jonah. With Father’s Day fast approaching, my senses were particularly attuned to the concept of God as Father when I opened my Bible that day. The story of Jonah is a familiar one to me, but I’d never noticed how many fathering lessons were incorporated in that single book.
If you grew up in the church, you’ve likely heard the story of Jonah, but here’s a recap for those who need a refresher: Jonah was an Old Testament prophet who is instructed by God to travel to the city of Ninevah and speak out against its wickedness. Jonah blatantly disobeys God, instead hopping on a boat that’s headed in the opposite direction. God responds by sending a giant storm over the seas, and when Jonah’s fellow passengers realize that Jonah is the man responsible for this storm, they throw him overboard.
Not wanting Jonah to drown, God sends a giant fish to swallow him up. Jonah remains in the belly of that fish for three days, during which time he repents and prays for his own deliverance. God eventually commands the fish to spit Jonah onto the shore, and Jonah heads to Ninevah to deliver God’s message. The people of Ninevah repent and are delivered from God’s destruction. Jonah, not believing the people of Ninevah worthy of such grace, throws a pity party, at which point God puts him in his place. 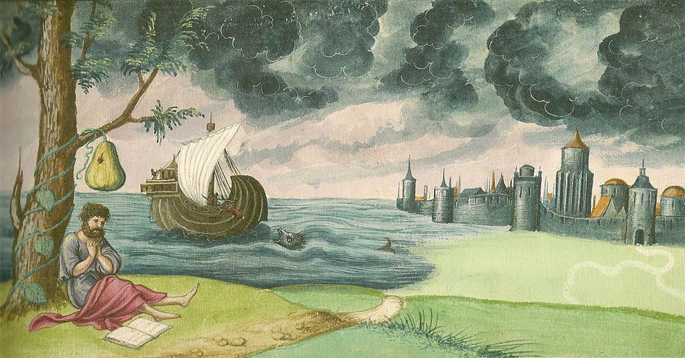 Wow! Do you see the fatherhood models here? They are abundant! Like every father, God has big ambitions for his child Jonah: God wants Jonah to join Him in His Kingdom work of delivering a message of warning and offering a path for rescue. And like any stubborn child would, Jonah chooses to ignore his father and follow his own path. God doesn’t stop Jonah but lets him suffer the consequences of His actions (a terrifying storm), just as all parents must let our children learn through the consequences of their poor behavior.
God could have allowed Jonah to perish in the storm, but instead He sweeps in to rescue his son (as any loving father would). God doesn’t lecture Jonah or punish him further; instead, he lets Jonah spend a few days in (fish belly) time out, reflecting on his sin and coming to his own realization about what he should do. Then God gives Jonah a second chance to join Him in His big plans.
God’s fatherlike loving kindness is seen in His deliverance of the people of Ninevah. Jonah witnesses the Lord’s compassion and is resentful. He doesn’t understand that the people of Ninevah are also God’s children; like Jonah, they deserved punishment, but they were also the recipients of the same grace Jonah had received. God listens to Jonah’s grievances, allowing him space to express his pain. God even eases Jonah’s physical discomfort, causing a tree to grow and provide shade for Jonah as he sits in the raging sun. After giving ample time and space for Jonah’s emotions, God points out the error in his thinking. God, the Father, doesn’t let Jonah wallow in his self-pity but helps him to understand the bigger picture of what has taken place. 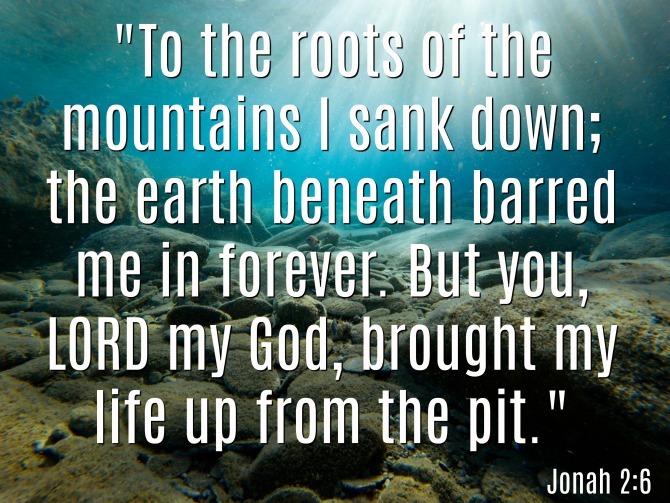 I’m not a father, but I am a parent, and I see so many wonderful examples here of the type of parent I want to be: firm, but not harsh; compassionate, but not a pushover; empathetic to my child’s feelings, but not indulgent of unnecessary drama or narcism. God models the appropriate use of natural consequences, demonstrates the value of offering empathy and truly listening to our children, and provides a powerful example of how to offer grace in the face of defiance and disobedience.
Seeing God as Father helps me to understand His actions, in Scripture and in my own life. He loves me, He is for me, and while He won’t shelter me from every hardship, He will be with me in the midst of my pain and He will guide me towards the path that is right for me.
I am indescribably thankful to my earthly father for pointing me to my Father above. And I am eternally grateful to our Heavenly Father for His kindness and compassion. His love was so great, it followed Jonah into the depths of the ocean. In the same way, He chases after you and me. Let’s relish his love this Father’s Day. 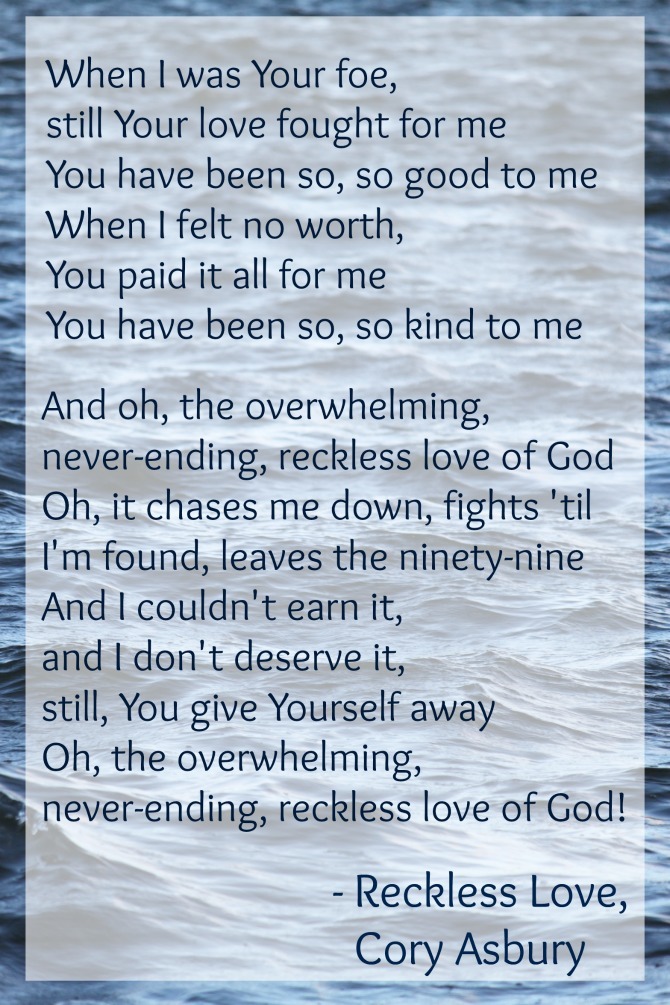 ← Self-Help: How should we feel about it?
Father’s Day Quote // from Billy Graham →