Self-Help: How should we feel about it?

Over the last several years, I’ve developed a strong affinity for books and podcasts within the the Self-Help / Self-Improvement / Personal Development genre. The category might be hard to pin down name-wise, but you know the types of books I’m referring to, right? Penned by gurus (or better yet, folks just like you and me), these books lay out all the ways we could be better (stronger, smarter, healthier, happier, kinder, more productive), then offer a prescription for reaching optimal levels of [desired trait here].

The perfectionist in me is drawn to the books’ promises for improvement (Enneagram 1, right here!), and while I don’t always adhere to their recommended protocols, I would generally attribute my lack of adherence to laziness more than anything else. Though some books (especially those that are diet-related) receive the side eye from me, I’m generally on board with their overall aim to launch the reader into some version of their best selves. I had assumed most people shared my opinions about Self-Help; then I listened to this episode of Personality Hacker, and realized how very wrong I had been. 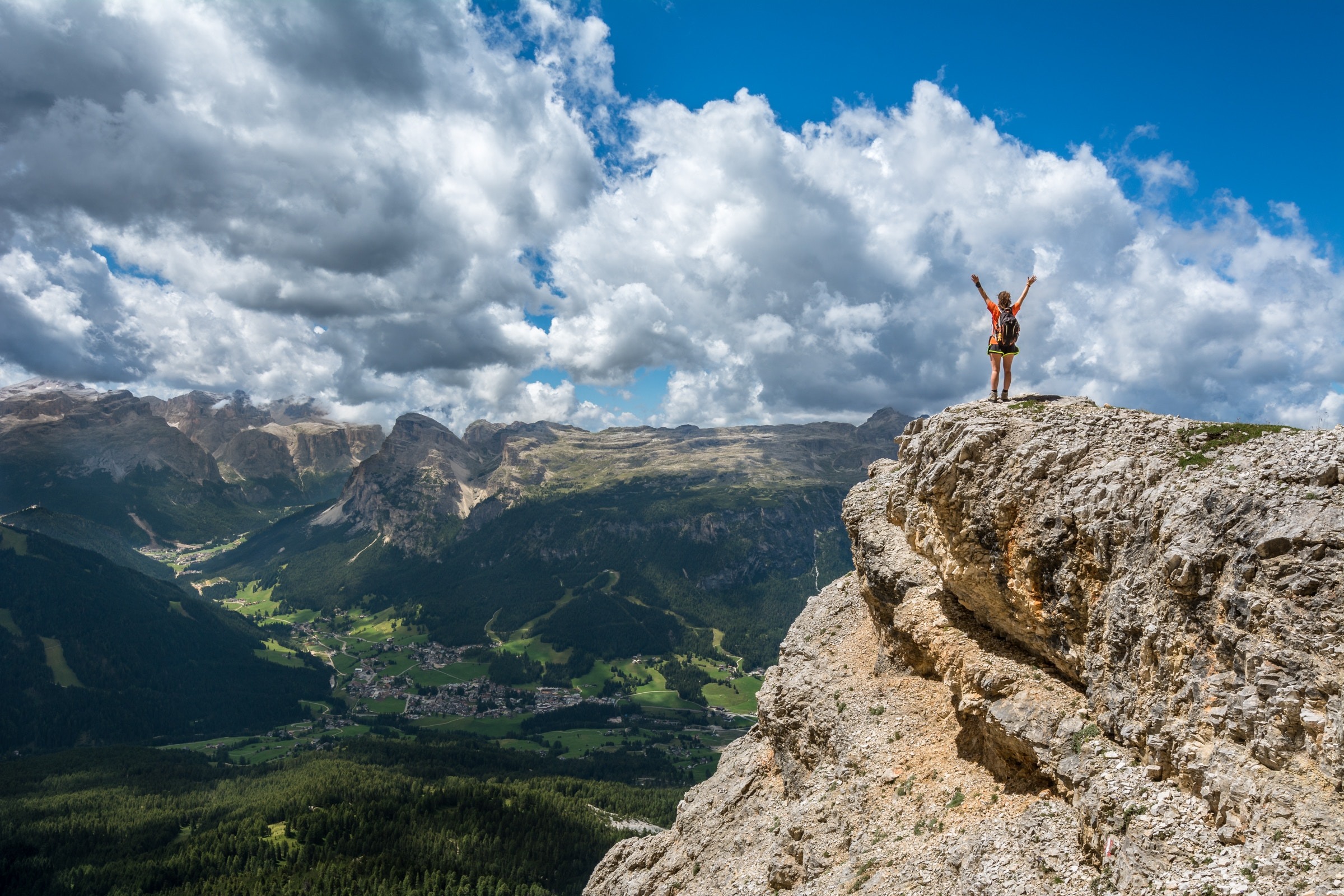 As its name suggests, the Personality Hacker podcast is dedicated to hacking personalities in order to help listeners better understand themselves and others. Hosts Antonia and Joel spend most of their time exploring the Myers-Briggs personality model, but they occasionally branch into other models and frameworks. A few months ago they did a deep dive into the Graves Model, a framework that focuses on self-actualization and involves various levels that people work through as we self-actualize. Unlike most personality models, which are horizontal (meaning they provide a static description of personality, with no personality type being any better or worse than the others), the Graves Model is vertical, meaning that it is improvement-focused. The model offers a path for improvement, and it is better to be further along in the model.

After releasing that podcast episode, Antonia and Joel received quite a bit of negative feedback. So much, in fact, that they recorded another episode responding to the complaints. Apparently listeners were unhappy about their discussing a model with “right and wrong” answers. Listeners were also uncomfortable with the fact that the hosts had shared their current levels within this hierarchical system, as though doing so had implied that they, the hosts, were somehow better than their listeners. In their follow-up podcast, Joel and Antonia explored the reasons why listeners might have a problem with The Graves Model in particular, and with self-development in general.

You can listen to that episode to hear their full analysis, but the bottom line is that our culture is uncomfortable with anything that is not completely democratized. We value equality and homogenization—of our assets and our opportunities, and especially of our value and merit as human beings. The notion that someone could “be better” than anyone else does not sit well with us. And the whole aim of self-improvement is to become “better”, so it’s no surprise that this world of Self-Help wouldn’t hold universal appeal.

As a Christian, I believe that every human life is intrinsically valuable. We are all God’s children, and because of His love (revealed through Christ’s sacrifice) we are inherently worthy of love, freedom, and dignity. That said, I don’t believe God has called us to lives of passivity, laziness, or apathy. God wants to work in us and through us, and this happens when we become better versions of ourselves. Even when presented in a secular format, I believe Self-Help can be a valid part of our personal sanctification. When we snub our noses at self-improvement, we are embracing a complacency that God never intended for us. 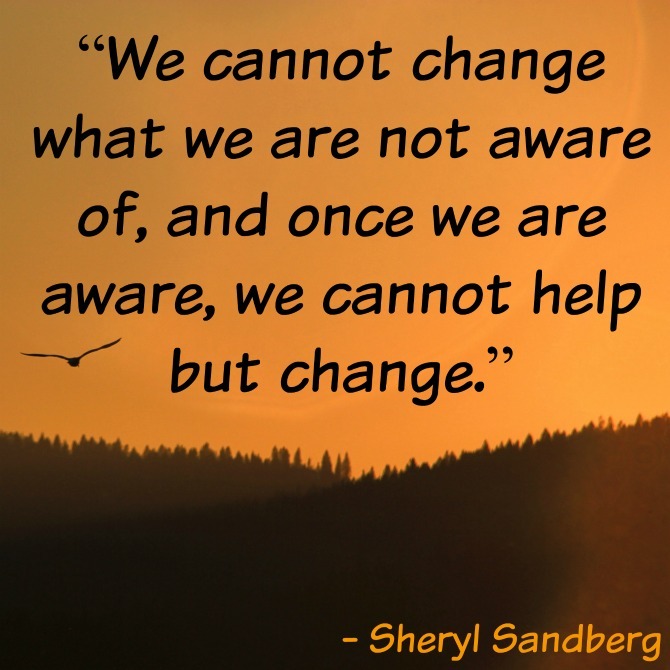 That’s not to say there isn’t plenty of room for grace. Rigid or punishing self-improvement protocols are destructive and ultimately not very effective, and I’ve learned the hard way that extreme perfectionism is a one-way ticket to Crazy Town. But self-development undertaken with the right spirit, and with full understanding that we can never fully “improve” ourselves apart from the Lord, is a powerful and worthwhile endeavor.

For many, myself included, it’s easy to dive into personal self-improvement. After all, we each have a front row seat to our own shortcomings and it’s in our own best interest to make the appropriate changes. It can be harder to bear witness as those around us step up to make changes of their own, especially when they are growing in areas we aren’t ready to address. Their success leaves us feeling left out and magnifies our own lack of personal growth. But rather than mocking their efforts, or trying to derail them, we should join them in celebrating their wins. The achievements of others should be seen as a source of inspiration and strength; they are stepping stones on our own paths toward improvement, and in tearing others down, we are hindering our personal journeys.

Back to the Personality Hacker podcast for a minute: if Antonia and Joel were teaching about the Graves Model, wouldn’t we want them to be a step or two ahead of their listeners in order to help lead the rest of us? I don’t see any benefit to their feigning mediocrity to spare listeners’ self-esteem. Can you imagine if the world’s greatest leaders had given into shaming from their peers for being too goal-driven or ambitious? Where would we be if men like Abraham Lincoln, Benjamin Franklin, or Christopher Columbus had traded their aspirations for a comfortable place in the crowd? A society that squelches attempts toward self-improvement is a society that remains stagnant.

The stigma against self-help has another detrimental effect: it can result in shame for those who have done the work, forcing them to keep quiet about their progress. I find this particularly true with women: we are quiet about our successes, not wanting to appear prideful or cause others to feel “less than.” But it isn’t our job to manage other people’s emotions or responses to our behavior. And concealing our successes, or hiding them behind false modesty in order appear more relatable, is a recipe for resentment and a breeding ground for discontent. Arrogance or boastfulness are never desirable traits, but neither is insincere humility. We can do better.

These ideas have been percolating for a while now, since listening to that Personality Hacker episode, but subliminally for much longer. Part of me wishes I could revert to my black-and-white thoughts related to Self-Help. It was certainly happier, more straightforward, easier. How very meta that my evolving attitude toward self-improvement has become its own brand of personal development. Hey there, Self-Help! I’m happy to be here.