Abraham Lincoln and John Kennedy are two of America’s most influential figures, and each of their assassinations forever altered the course of our nation’s history. It is not surprising, then, that Bill O’Reilly and Martin Dugard’s Killing Kennedy and Killing Lincoln were such monumental bestsellers. Apparently, O’Reilly and Dugard were not content to continue writing about the deaths of American icons; their most recent work explores the life and death of the most influential man who ever lived: Jesus of Nazareth. 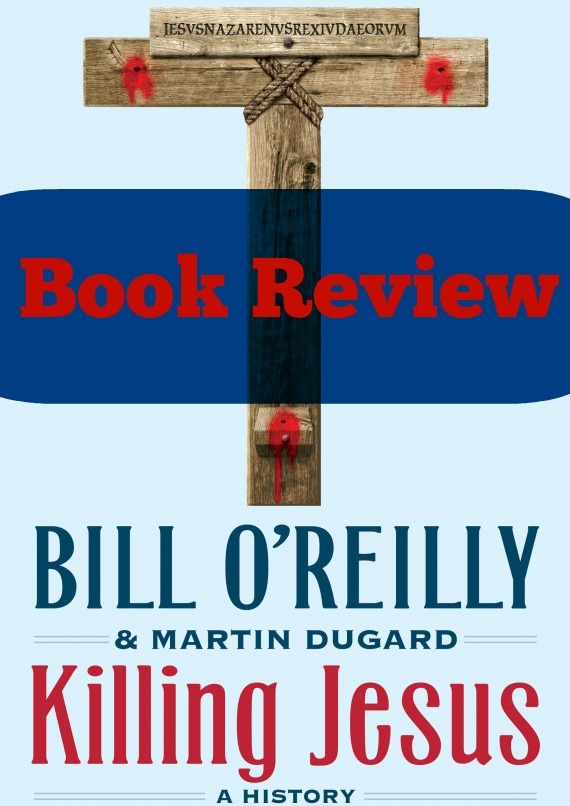 As its title suggests, Killing Jesus recounts the life and death of Jesus Christ. Though the content is largely lifted straight from the Gospels, the narrative is peppered with historical notes and insights that give political and cultural context to the life of Jesus. In fact, the first several chapters of the book are spent painting a picture of the world of Jesus’ time through vignettes focused on some of Jesus  contemporaries, including Herod the Great, Julius Caesar, and Cleopatra. These contextual details emphasize the fact that Jesus was very much a product of the uniquely Jewish and Roman world in which he lived.

Unlike traditional history books, Killing Jesus is told in an engaging narrative stye that will be familiar to readers of the authors’ previous works. I enjoyed this style in Killing Kennedy, but while this tone admittedly lends the edge-of-your-seat air of a suspense novel to Killing Jesus, I felt that it also had the effect of sterilizing the character and personage of Jesus himself. The Jesus portrayed by O’Reilly and Dugard is not the loving Savior whom I know and love; the facts are the same, but the humor, wisdom, and overwhelming compassion are missing.

For readers unfamiliar with the story of Jesus, I can see how Killing Jesus would be an compelling, informative, and even an important read. However, as someone who is well-versed in Scripture, this book offered little that I didn’t already know. Some of the cultural and historical insights were intriguing, but after a lifetime of Sunday sermons, and several college courses on the Bible, even these factoids felt more like a refresher course than completely new knowledge. For me, reading Killing Jesus satisfied my curiosity regarding what this book was all about, but in the end, I’d rather spend time reading the ultimate source about Jesus: The Bible.