If I had one word to describe my July, it would be misaligned. On the one hand, it has involved all the fun things I love about summer: longer, more relaxed days; time at the pool; and of course, lots of ice cream. Unfortunately, my heart hasn’t quite been in it. I’ve had an emotionally rough month, which is particularly frustrating when all I want to be doing is basking in the glory of these hot July days. This post isn’t intended to be a virtual therapy session, though, so I won’t bore you with details of personal melancholia. Instead, let’s focus on the fun parts of July, shall we? 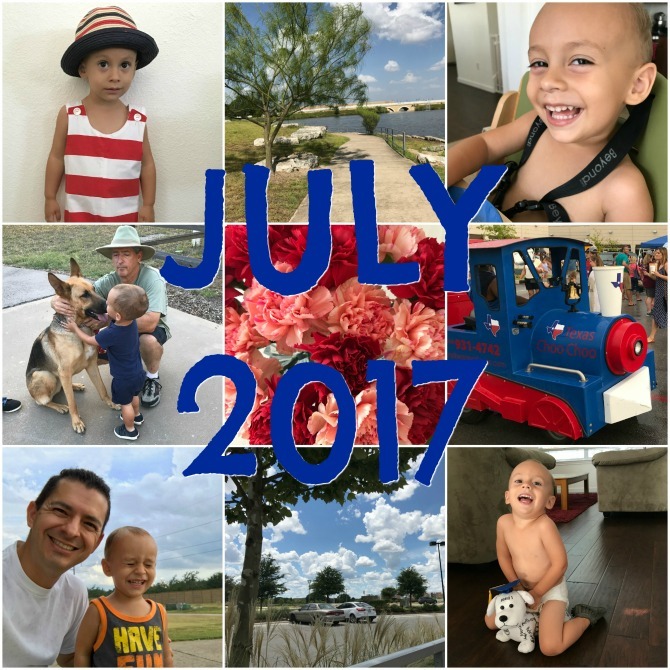 I plowed through quite a few books this month, likely because many of them were fairly short. I read three novels—The Girl Before, Exit West, and Beartown—that have gotten quite a bit of attention this summer; none of them were what I expected and I hated one, was ambivalent about another, and loved the third. . . . Despite not understanding the hype around My Name Is Lucy Barton when I read it last year, I decided to give the sequel a shot, and was so taken with it that it inspired me to reread Lucy Barton—and my impressions this time were very different! . . . . For my Reading Challenge selection this month (a book written during the 1960s), I read The Phantom Tollbooth, a children’s classic I somehow missed in all my years of school and teaching. The book surprised me in many ways; of course I’ll be sharing more about that soon.

As for nonfiction, I finished a fantastic book about prayer and finally listened to a sad but poignant memoir I’d put off reading for far too long. I also devoured a great book about the Enneagram (and can’t stop bringing it up with all my friends!). Stay tuned for full reviews of all my recent reads in next month’s Quick Lit posts. 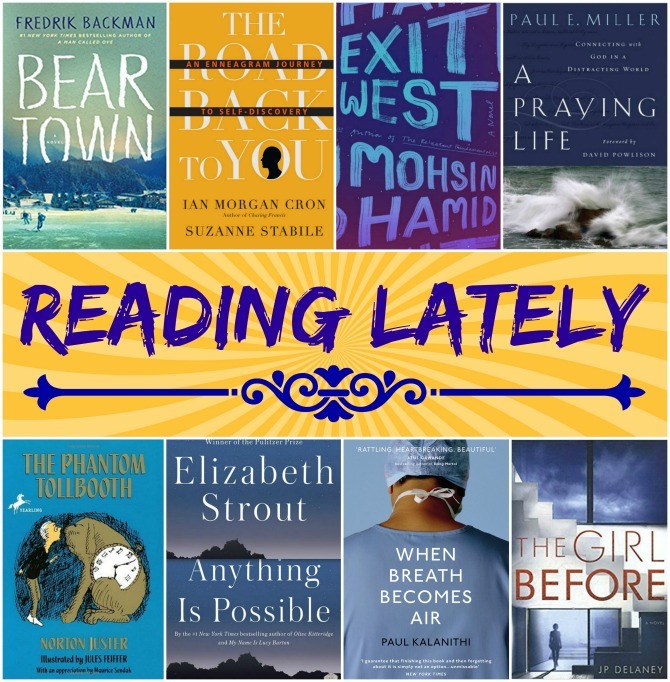 I am so excited and honored to be part of the launch team for Anne Bogel’s soon-to-be-released book, Reading People. A book about my favorite subject (personality types) by my favorite blogger/podcaster?! It doesn’t get much better than that! I preordered the book the second I learned about it, but as part of the launch team I got an advanced copy of the book—which means that I’ve already devoured it! It’s every bit as awesome as I knew it would be and I can’t wait to tell you more about it in an upcoming post. If you are interested in learning more about your personality and how that knowledge can improve your life, you can preorder the book now and receive a FREE audio download of the book plus access to Anne’s online reading personality class (which I took and loved!).

Anne with an “E”: Though I adore L.M. Montgomery’s classic books, I haven’t seen any of the many film or television adaptions of Anne, but when this latest one came to Netflix I knew I couldn’t stay away (especially after reading Canadian author Sarah Bessey’s exuberant praise for the show). Now, having watched it for myself, I have very mixed feelings. Divorced from the books, it is an excellent miniseries featuring phenomenal acting, a compelling story, and stunning cinematography. The casting is spot-on and there are many powerful and thoughtfully explored themes.

That said, I have a hard time separating my views of the show from my attachment to the original Anne. The story follows the first book fairly closely, though there are some key differences and character alterations. However, the tone of the series couldn’t be more different from that of the books. While the originals are lighthearted and optimistic, this miniseries is dark and painfully realistic. The ebullient, idealistic Anne of the books is replaced with an emotionally tormented preadolescent who has suffered severe trauma and is desperate for love and belonging, but rejected by the entire town. I appreciated this true-to-life depiction of Anne and felt deep empathy for her—but I didn’t particularly like her. Unlike the Anne I know from the books, I do not see myself as a kindred spirit to this angry, wounded young girl.

These biases aside, I did enjoy this miniseries and have no regrets about watching it. I also hope to return to the books and know that I will be viewing Anne through a more mature lens—and I’m sure I will appreciate and admire her joyful spirit more than ever before! 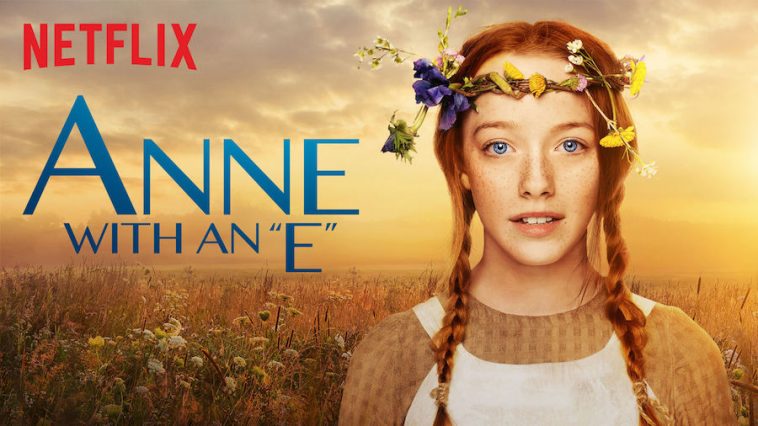 Baby Daddy, Season 6: This was the final season of Baby Daddy, and even though I didn’t love the previous season, Luke convinced me to give it a final shot to see how the series wrapped up. As a whole I didn’t love it due to the unimaginative storylines, overplayed jokes, and characters that I no longer liked. But Emma continued to be adorable and I really loved the final episode which tied things up quite nicely. 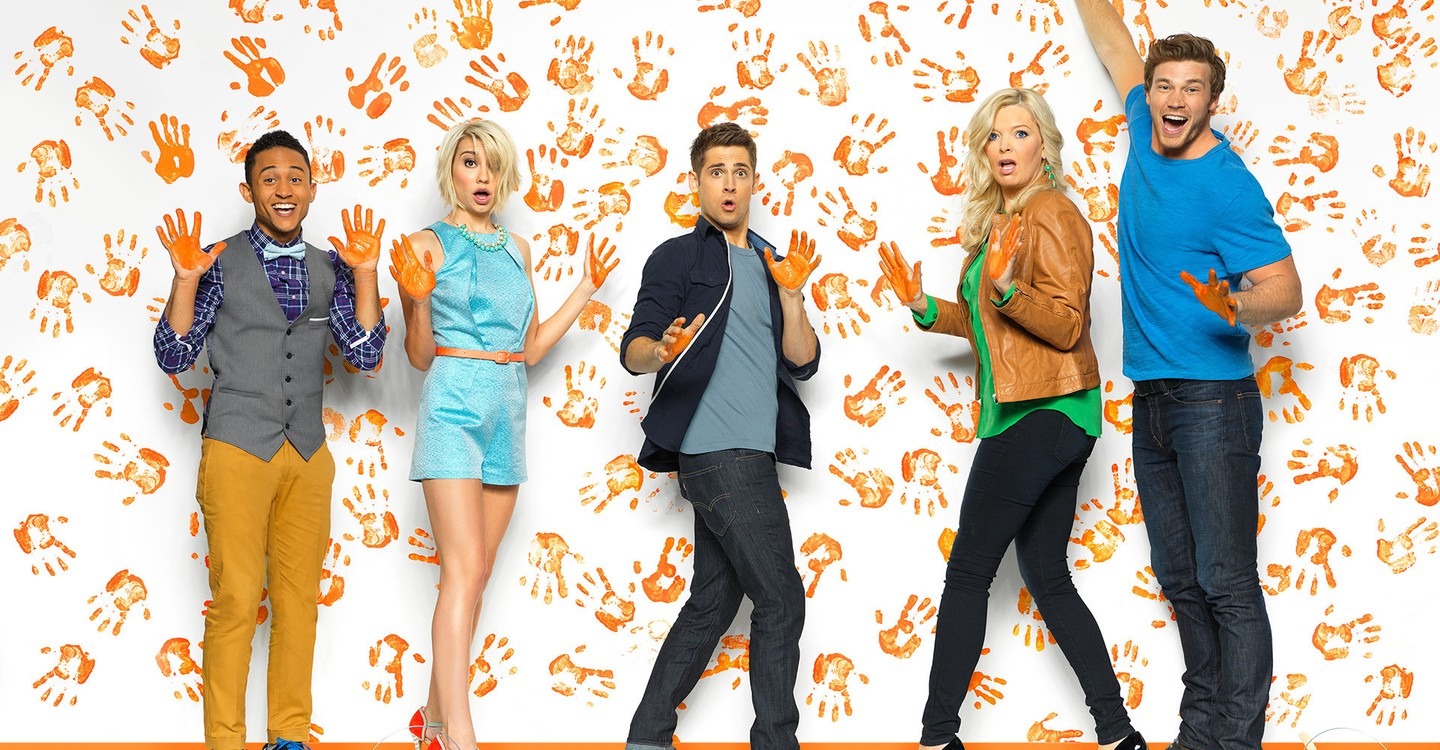 Last Man Standing: Luke and I stumbled into this show on Netflix and began watching it as a “filler show” while we decided what to watch next. After a couple of episodes, we found we liked this quirky comedy about a goofy dad (played by Tim Allen) and the four women in his life (his wife and daughters), and we just kept watching. While not very original, it was cute, reasonably funny, and surprisingly wholesome for a sitcom. Tim Allen seems to be playing the same part in every role he’s in, but I still like him a lot. The show took a turn for the worst after the first season, though, with ill-advised cast changes and a new political bent. We are still watching season 2 but if it doesn’t improve, I’m not sure we’ll keep watching. 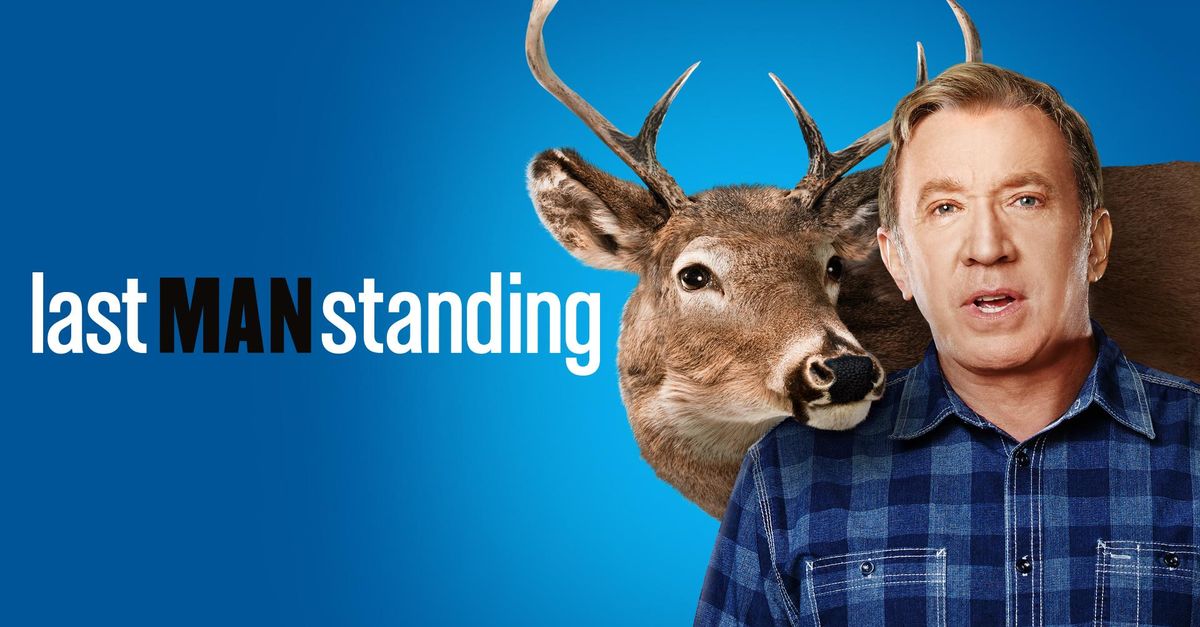 We’ve had Charleston in the water since his very first summer, but I hadn’t purchased any sort of floaties for him yet because I thought he was still too small. (Most are listed as safe for kids over 30 pounds and he’s only 23 pounds.) During swim lessons a few weeks ago, the other kids were all wearing puddle jumper life jackets and one mom let us borrow her daughter’s to try on. It fit like a glove, and as soon as class was over I hopped onto Amazon to order one. (Side Note: Amazon is so incredible! I ordered same-day delivery so that we would have it in time for lessons the next day. I placed my order at 6:30 and it was at our door before 9:00!)

Oh my goodness, you guys! This vest has been a total game changer for our family! Charleston loves it because he is able to navigate the water on his own terms, and I love it because it has alleviated some of the anxiety I have around him being in the water. He’s pretty fearless in the pool (as we learned during swim lessons, when he jumped into the water with nobody there to catch him—and emerged laughing, asking to do it again!), and pre-floaties I was terrified he would get away from me in the pool. Now, we’re still with him whenever he’s in the water, but the puddle jumper keeps us from needing to have hands on him at all times. I’m actually able to take him to the pool on my own now, without another adult, which is something I had been terrified to do. The $20 purchase totally saved our summer! 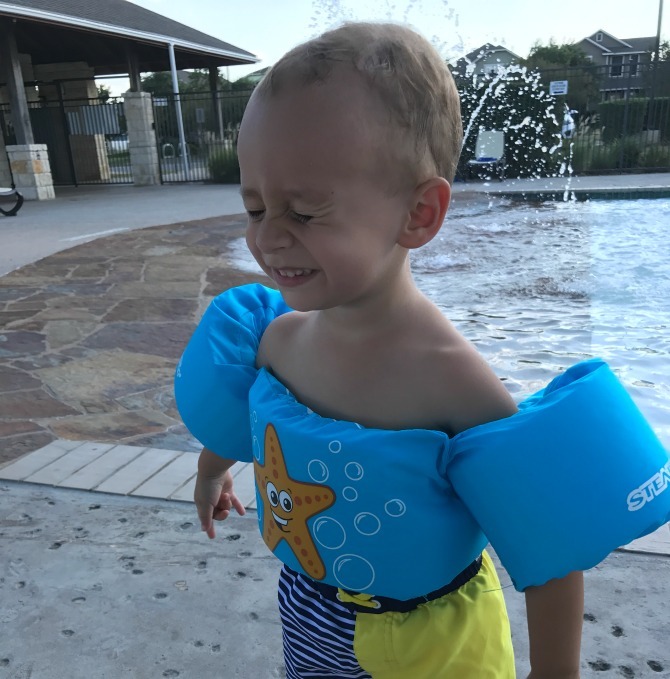 My big boy had a half birthday this month, which means we are that much closer to having a 3-year-old on our hands! I had begun to think we might have bypassed the Terrible Twos, and sadly this month proved me wrong. Tantrums aside, I’m still loving this stage Charleston is in, especially the hilarious things that he says. A few highlights from this month: 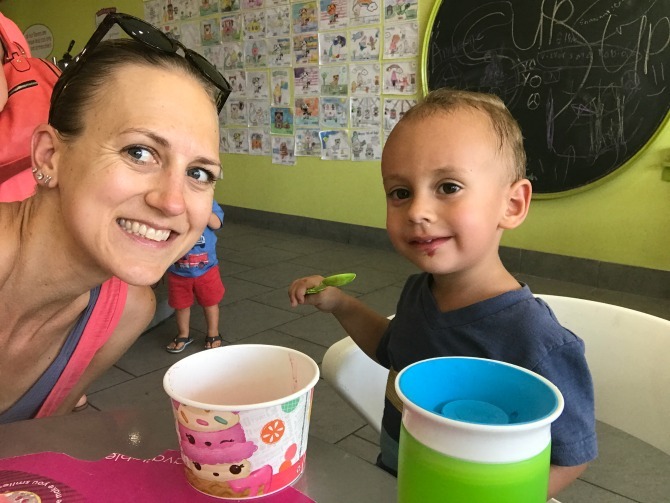 My personal challenge to be more loving in 2017 was put to a severe test this month when I found myself facing the difficult task of showing compassion and love for some family members in the midst of a personal challenge. These individuals were making decisions I did not agree with and I had a hard time knowing how to support them while not condoning their specific actions. The situation brought up a lot of ugliness inside of me and in wrestling through my thoughts and emotions, I was reminded of how little right I have to critique or judge others when I have personally been the recipient of so much grace. This entire year of pursuing love has shown me how desperately I need Jesus in my life and how I can do nothing—even demonstrate altruistic love—without Him. 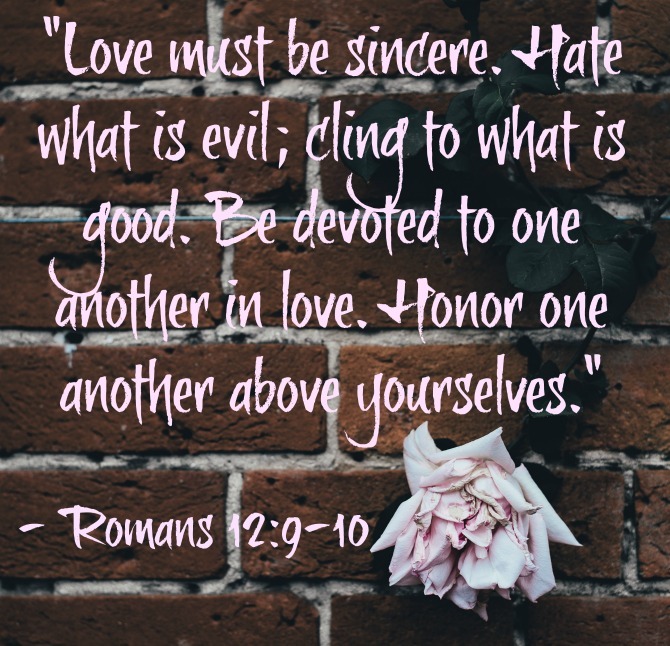 Luke’s parents relocated from Southern California to the Austin area earlier this month. They bought a home out in the country and Charleston is absolutely in heaven whenever we visit them at their woodsy property. I love having family in the area, and am so happy that Charlie has his grandparents close by. However, as much as I enjoy having them here, their proximity is highlighting our distance from my own parents (who are still in California) and I’m missing them more than ever. 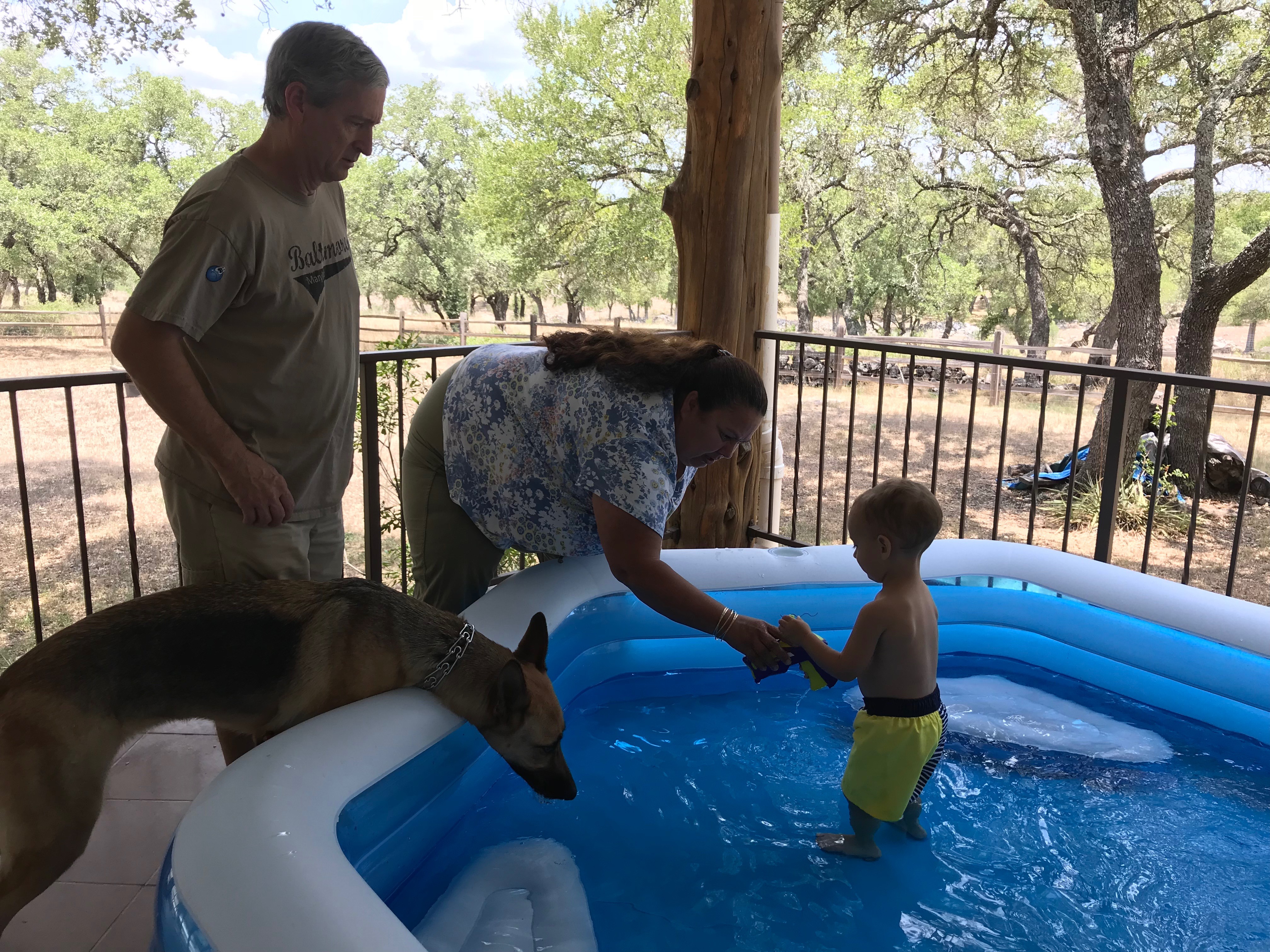 We kicked off 4th of July by attending the community parade down the street. It’s super small and simple—mostly just marching kids’ groups and private cars decked out in patriotic streamers—but it was still fun to attend, and to experience “small town” life. 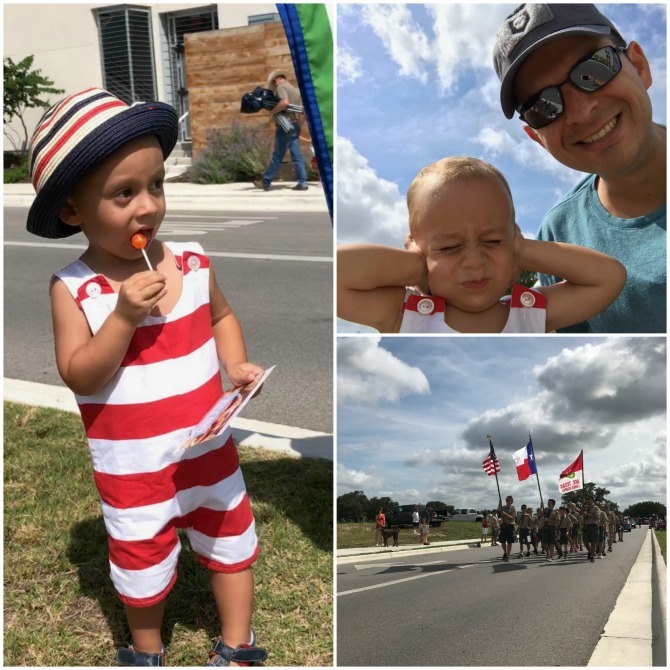 After the parade we headed over to my in-laws’ house for an afternoon of grilling, hanging out on the patio, and watching Charlie run around the yard, chase the dog, and splash in the kiddie pool. Late in the afternoon we decided to do some simple fireworks and sparklers. We thought Charleston would love them, but he was not a fan at all: he was terrified by the noise, and I have never seen him shake so badly with fear. (This was just after he had given me the scare of my life, choking on a cherry pit while we were all hanging out in the yard—we both experienced a lot of fear that day!) We didn’t do any more fireworks after that. It’s a good thing we didn’t try taking him to a full fireworks show, I think that would have been pretty traumatic. We’ll have to save that for when he’s a bit older. 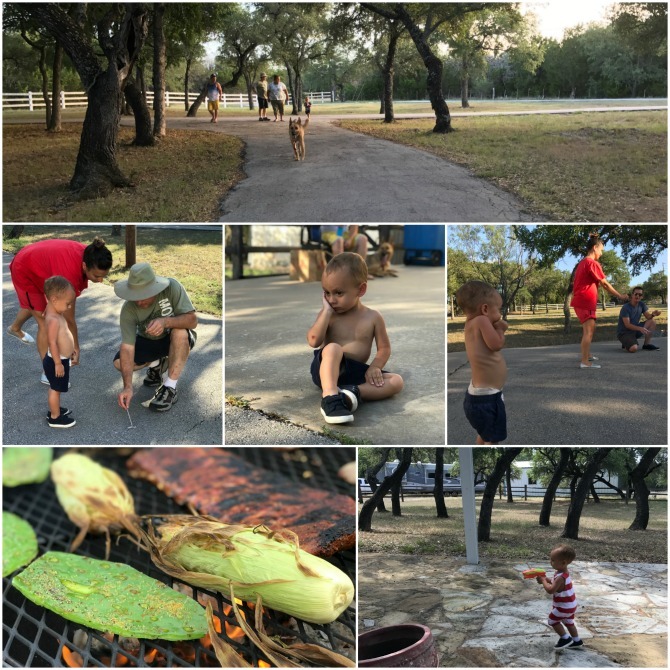 I’m linking up with Leigh Kramer to share what we’re into this month. And of course, I’d love to know what YOU have been into and up to this July. Leave me a comment to share a highlight!