September is quickly drawing to a close, and though our weather here is still pretty hot, there’s a pleasant crispness to the mornings that suggests fall might soon be making its appearance in Southern California. I will always be a summer fangirl at heart, but despite having spent the last few months singing the praises of my beloved favorite season, I’m actually feeling ready for a change. I will miss the 90-degree weather, but I’m just about ready to trade my tank tops and shorts in for some boots and scarves, and though I’ve loved having a few months with a less structured calendar, I’m excited to be back to my weekly Bible studies, moms groups, and other activities that have been on hiatus since May. (My introverted tendencies make it too easy for me to isolate, so my sanity thanks me for these nudges toward consistent interaction with humans of the non-diapered variety.) The beautiful autumn decor and pumpkin-spiced everything popping up around me are contributing to the warm fuzzies I’m feeling for fall. Here’s what the season has been looking like for me so far. 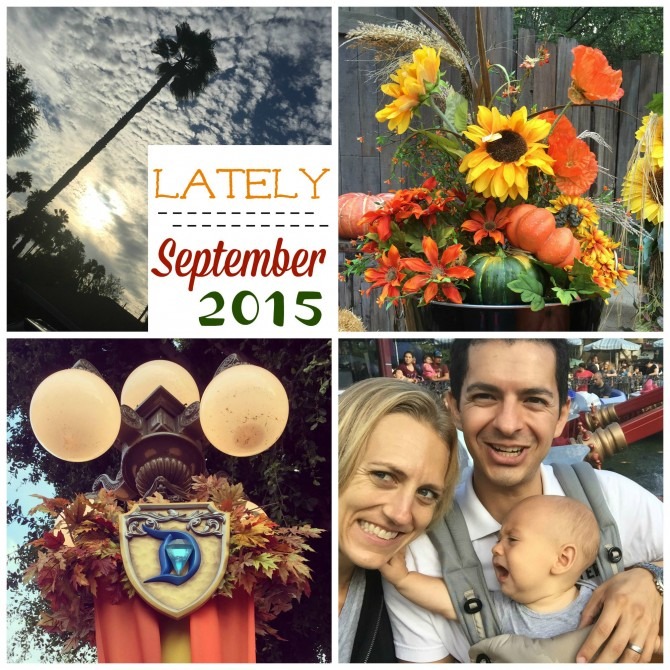 This month my book club tackled Wilkie Collins’ classic detective novel, The Moonstone. I followed that up with the slightly less daunting Still Life, the first in Louise Penny’s series featuring Inspector Armand Gamache. It was fun to read back-to-back mysteries—one very old and one quite recent—and I enjoyed each of them. On the nonfiction side of things, I listened to the audio version of Daring Greatly from Brené Brown (it was amazing!) and I’m just finishing up Anne Lamott’s Bird by Bird (hilarious and hugely helpful). Next up in my audiobook queue is Go Set a Watchman; I’ve been on my library’s waiting list for this one since before it was released, and I’m finally next in line. I’m a bit nervous about reading it, as I don’t want it to taint my love for To Kill a Mockingbird. However, I feel like this is one book I probably should read, and I’m going into it with a fairly good understanding of what to expect, so hopefully it won’t do too much damage. Who knows, I might end up liking it (although, based on the reviews I’ve read, that’s probably not likely). If nothing else, I’m really looking forward to Reese Witherspoon’s narration. As always, I will be sharing reviews of all of these books in next month’s reading wrap-up. 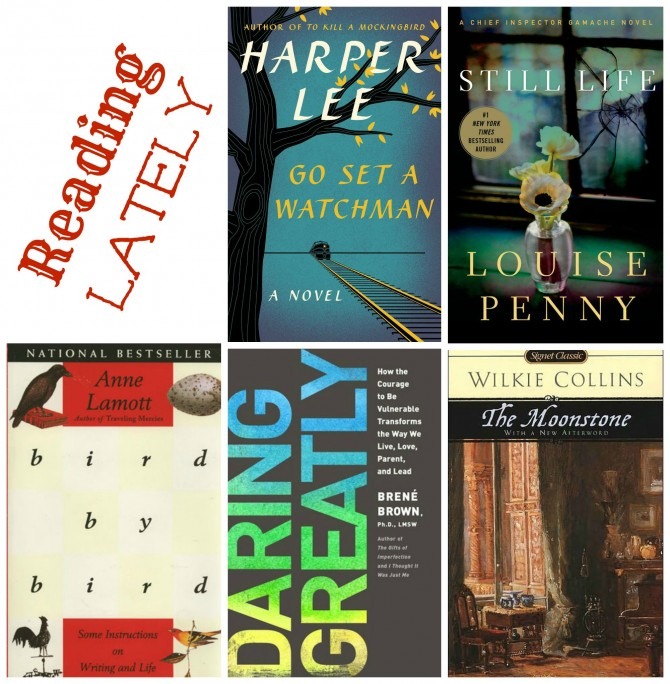 Beyond books, a fun read this month was The Costco Connection. I’ve always been one to read almost anything I can get my hands on, but I have to admit that in the past, when the Costco Connection has showed up in our mailbox, I’ve simply tossed it, assuming it was just filled with ads. This month I decided to actually read through it and was pleasantly surprised! It does have its share of Costco promotions, but the magazine also features stories, interviews, recipes, book recommendations, and more. The cover story this month was about Brené Brown, and I enjoyed getting some more insights into her research on shame and vulnerability. (It was this article that prompted me to read Daring Greatly, and I’m looking forward to reading her other books.) From now on, my Costco Connection will be spending some time on my nightstand before heading to the recycling bin. 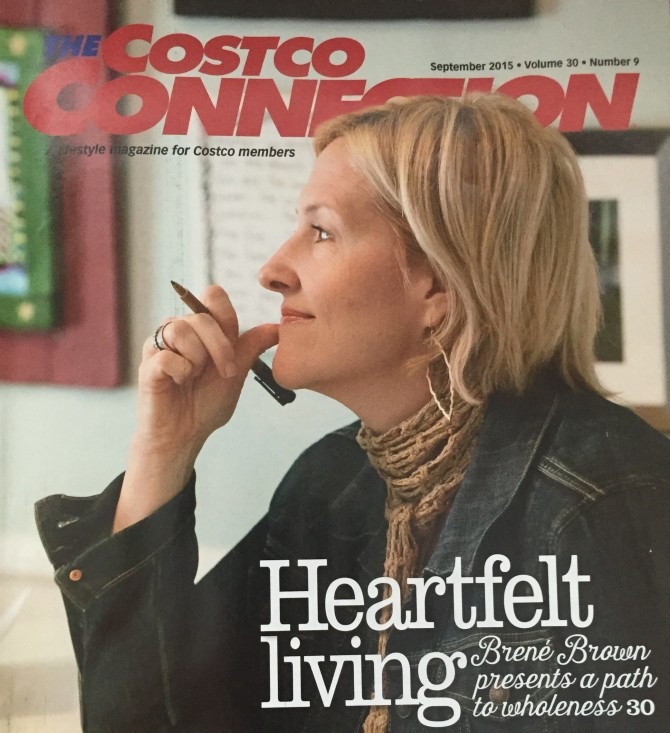 The Finder: This month, Luke and I polished off this Bones spin-off about Walter Sherman, an Iraq war veteran who suffered a brain injury that gives him the uncanny ability to find missing people and objects. The show’s characters are quirky and likable, and I enjoyed shots of the beautiful Florida setting, but I had a hard time getting into the show. The individual mysteries presented in each episode were only mildly engaging, and the episodes were clearly shot out of order, which detracted from what might otherwise have been some interesting season-long story arcs. Like many shows, I have a feeling that this one might have improved over subsequent seasons, but unfortunately it was canceled after only thirteen episodes, so I guess we will never FIND out. (Sorry/Not Sorry for the bad pun. . . .) My Rating: 3 stars. 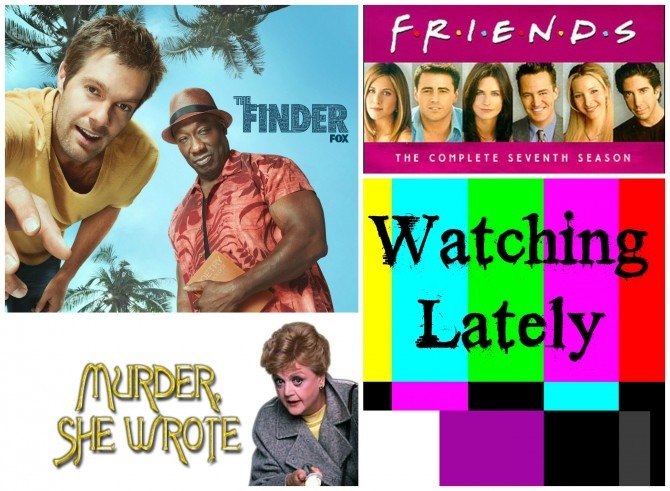 Friends: Are you getting tired of reading my musings on Friends yet? Since we only watch a couple of episodes each day, it kinda feels like we’ve been “binge watching” this show forever . . . and we’re still only to season 7! Fortunately, I can finally say that I’m starting to look forward to our nightly time with Ross, Rachel, and the rest of the gang. I’m not sure if the episodes are improving, or if I’m simply warming up to the characters (I have to admit that I find Phoebe adorably hilarious). It might just be that as we’ve moved on to the more current episodes, the clothing has gotten less distracting and I’m actually able to focus on the storylines. It does seem like these later seasons are less racey; my theory is that other shows of the time were stepping up their edginess, meaning that Friends could no longer rely on shock-value for ratings, thereby forcing the writers to focus on creating better stories.

Murder, She Wrote: Luke was out of town last week, and since I promised not to watch any of “our” shows without him, my evening television time was spent with the lovely Jessica Fletcher. Murder, She Wrote, was a childhood favorite, which cracks me up when I think about it now. . . my parents were pretty strict regarding TV and movie selections, yet I remember watching this show as early as my preschool years! And even back then I loved it! These days, I watch Murder, She Wrote, largely for the nostalgia factor, but I do still find the stories engrossing. And I totally wish that Jessica Fletcher was my BFF (except for the minor detail that her acquaintances seem to drop like flies).

World’s Cutest Backpack: With my Bible study starting up this month, Charlie is spending Thursday mornings in the church nursery. I didn’t want to send him with our entire diaper bag, so I bought this adorable backpack for him to take with him each week. It’s just the right size to carry his diapers, wipes, a change of clothing, and a few other necessities. I got it for under $20 on Amazon, and it simply could not be any cuter! The backpack is available in 22 different animal shapes and I had to refrain myself from buying one in each style! 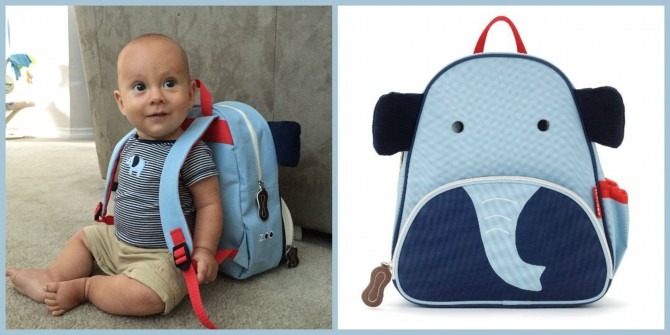 Exploring Personality Types: I know that Pinterest has its detractors, but I’m four years into a pretty heavy Pinterest addiction with zero plans for recovery. Lately I’ve been utilizing Pinterest to fuel another of my obsessions: personality types, specifically Meyers Briggs. I started following the “Meyers Briggs” topic and have been pinning all sorts of fun memes and articles to my INFJ Board. I love finding pins that explain and even poke fun at my personality, and pinning from my fellow INFJ’s makes me feel as though I’m participating in “community” (introvert-style) with others who share some of my personality quirks and hang ups. 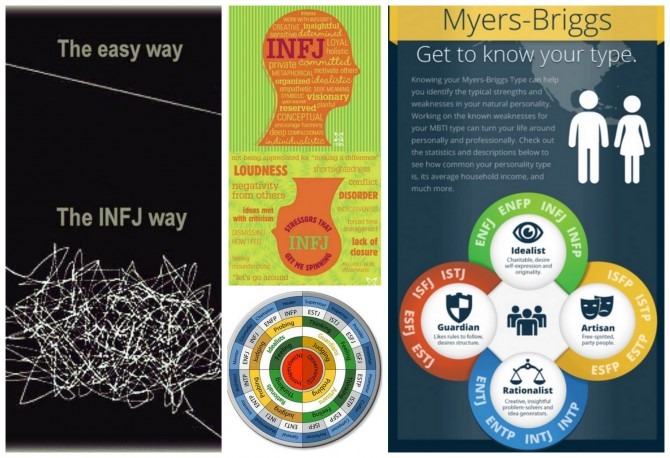 Instagramming #ItsSimplyTuesday: Before Charlie was born I rarely posted to social media, but now that I have such an adorable photo subject, I find myself sharing on Instagram multiple times per week. My favorite day on Instagram is Tuesday, when I join Emily Freeman in sharing a photo with the hashtag #ItsSImplyTuesday. (Emily started the hashtag to encourage her habit of “unwrapping” the special moments found on the most ordinary day of the week). Each Friday Emily creates a collage featuring a few highlights from the previous Tuesday, and a couple of weeks ago I was absolutely giddy to discover that my weekly photo (a Mommy/Charlie selfie I captured just before heading off to Mops) had made the cut! It was a Tuesday-worthy moment, dished up four days late. 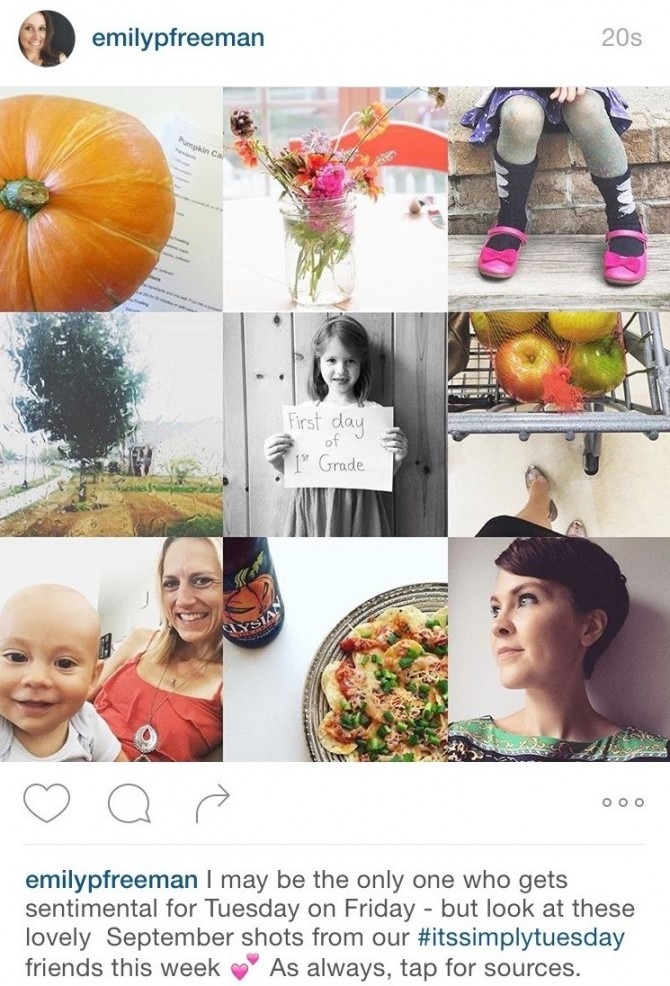 Jenn Hatmaker’s Bible Study Tune-In: Each semester my women’s Bible study goes through a different book of the Bible, but this fall we are forgoing a book study in favor of a topical one on the subject of listening to the voice of God. We are using Jen Hatmaker’s Tune-In as our study guide, and I’m looking forward to having Jenn’s humor-laden guidance as we learn how to discern God’s voice. 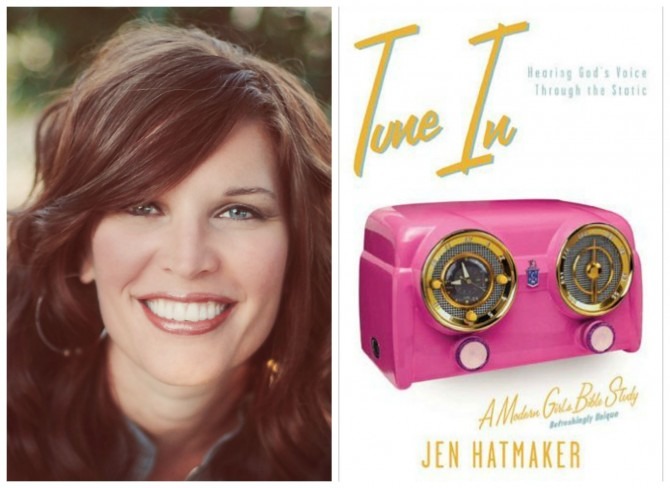 My Incredible Co-Parent: Being a stay-at-home mommy to Charlie while Daddy is off at work can be tough, but Luke is incredibly helpful and supportive during the hours that he’s home. When he was out of town for five days last week, I was reminded of just how blessed I am to have a husband who is so hands-on with our son. Charlie and I survived our time alone together, but we sure were glad to have Daddy back home! Now, more than ever, I have a huge appreciation for moms who are raising kids on their own! 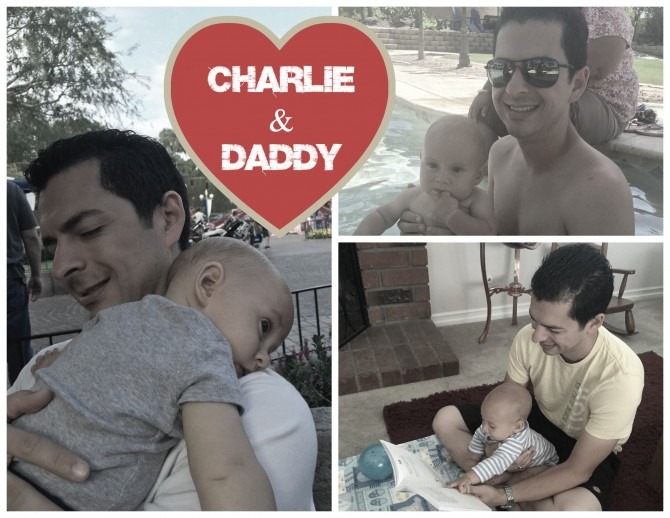 I hope that you are settling into September and enjoying all that this beautiful season has to offer. Thanks for letting me fill you in on what I’ve been up to this month. If you’d like to read more, you can head over to Leigh Kramer’s blog to check out the monthly updates from others around the web.