We made it through Christmas. . . are you mourning the end of the holidays, or are you breathing a sigh of relief that the madness of the season is drawing to a close? I’m finding myself split between the two: I’m certainly sad to see the Christmas season coming to an end, but I’m also eager to jump into the New Year. Before that can happen, though, it’s time for my twelfth edition of “What I Learned.”

Not surprisingly, my learning this December consisted mostly of Christmas-related trivia and all things pregnancy/labor/baby (because yes, I spent a ridiculous amount of time this month attending classes, watching videos, listening to podcasts, and reading everything I could get my hands on related to “my current condition” and what’s to come). Since Christmas is over, and because I doubt you’re interested in reading all about labor positions and cloth diapering, I thought I’d share some other obscure pieces of knowledge I picked up this month. Here, separated into three categories, is the random assortment of trivia that crossed my path in the month of December. 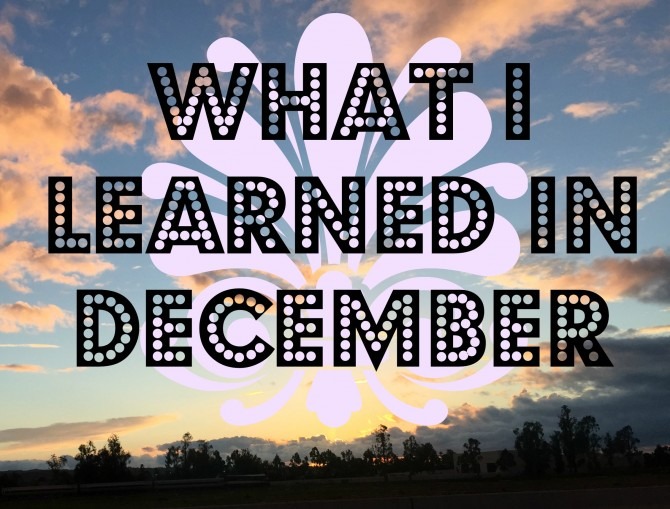 I’ve had so much fun compiling my What I Learned lists this year, and it’s a series I plan to continue in 2015. Thanks to Emily from Chatting at the Sky for generating the idea for these posts. What did you learn in the month of December—or in the year 2014?