I’ve heard it said that depression is being stuck in the past, while anxiety is being trapped in the future. I struggle with both of these hang-ups (I’m not sure what that says about my location along the space-time continuum), but my recent battles have skewed decidedly toward the anxious end of the spectrum.

I came across an article on anxiety recently that left me wondering how the writer had managed to get into my brain. It was uncanny how the author’s experiences of living with chronic anxiety have mimicked my own. “High-functioning anxiety looks like: Achievement. Busyness. Perfectionism. . . High-functioning anxiety sounds like:  You’re not good enough. You’re a bad friend. You’re not good at your job. You’re wasting time. You’re a waste of time. You’re a fraud. Just good at faking it. . . All the while, it appears perfectly calm.” I couldn’t have described it better myself. 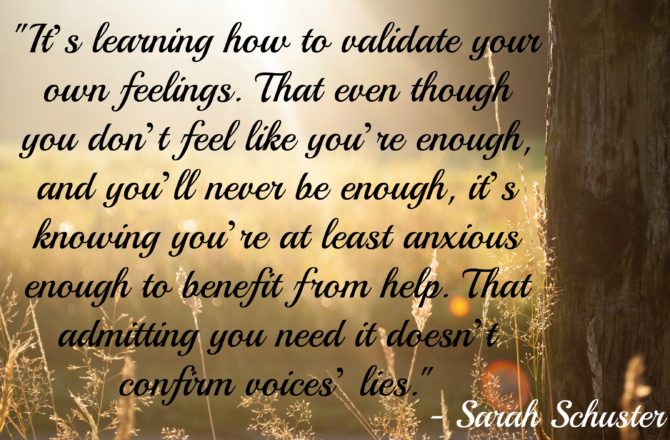 I often make the mistake of assuming that I’m the only one who suffers from this form of self-badgering, so it was encouraging to have my experiences validated by the piece. I was further surprised by how many friends expressed solidarity when I shared the article on Facebook. It pains me to think that others are also plagued by these emotional bullies, but it’s reassuring to know that I’m not crazy and that I’m not alone. Unfortunately, this knowledge does nothing to muffle anxiety’s cacophonous and incessant voice.

Becoming a mom has added so much joy and meaning to my life, but it has done nothing to ameliorate my crippling anxiety; if anything, parenthood has only provided kindling for my anxiety-driven bonfires.

Some of my parenting anxieties are of the purely irrational variety. Others center around present concerns: day-to-day decisions like what to feed my toddler for dinner and whether or not to let him watch that episode of Daniel Tiger can be downright paralyzing for someone already prone to anxiousness. Bigger-picture quandaries about things like my child’s (lack of) height and his current word count (zero) can wreck havoc on my anxiety-ridden brain if I allow my mind to settle on these issues for more than the briefest of moments.

Of course, my biggest anxieties are reserved for concerns regarding Charlie’s future. I’ve heard many people say that it’s hard to “mess up” your kid, yet how often are we told that all of our deep-seated psychological issues stem from our own parents’ mistakes? I’m sure the truth lies somewhere between these two perspectives—Charlie can blame me for some of his future neuroses, but I’m likely not culpable for all of them—but it’s natural to want to safeguard my child from as much suffering as possible, especially suffering at the hands of his own mother.

I grow particularly terrified when I think about the frightening world in which I am raising my child. Even if I somehow managed to be the perfect parent, it would be impossible to shield Charlie from the dangers and negativity around us. I’ve come to accept my limited capacity for damage control; at some point, I simply have to let go and allow God to take the reigns. 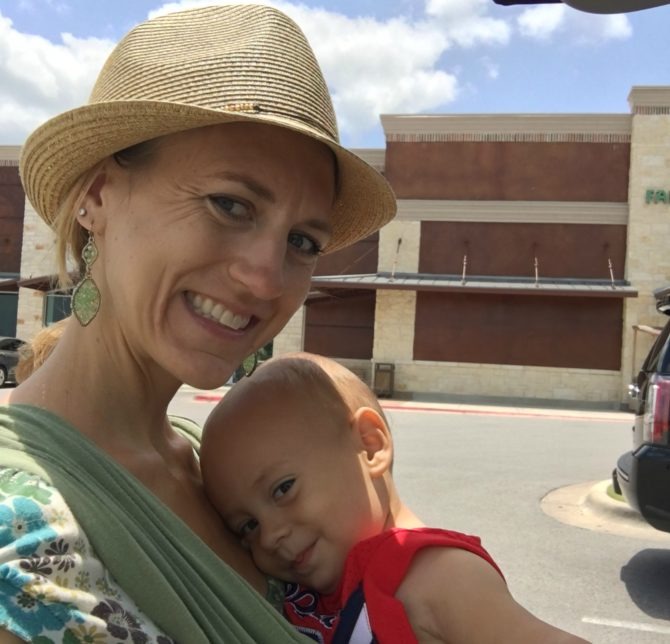 This is so much easier said than done. It requires a daily lying down of my own fears to pave way for God’s capable and gracious hands. But transferring my burdens to God is not just my only option; it’s also the best one. Our Heavenly Father loves Charlie more than I ever could, and we are all much better off when I leave worries about the big-ticket issues up to Him.

That’s not to say that I hold zero sway over Charlie’s future—choosing not to sit in my own anxiety does not require that I relinquish my parenting responsibilities entirely. Rather, I’m channeling these anxieties toward more productive measures. Lately, this has involved shifting my parenting priorities to take a more proactive stance. My goal as a mom is not to raise a child that is protected, but a man who is empowered. I don’t just want my son to be shielded from the world’s negative influence, I want him to be a powerful force for good and positivity. I want him to feel loved by God, and to in turn share that love with everyone around him. I do not want to raise a victim or a coward, but a courageous hero who is bolstered by the armor of God.

On Independence Day we attended a city parade during which fallen soldiers from our community were honored as heroes. I was brought to tears as I watched the mothers of the deceased walk along the parade route carrying pictures of their brave sons: my heart breaks for any parent who has lost a child, and it terrifies me to know that I could one day be in their shoes. But there was more than just sadness in the faces of these mothers; there was also unadulterated pride. They had raised men who willingly sacrificed their lives for a cause they believed in. Isn’t this the courage and integrity we all hope to instill in our children?

I cannot guarantee that Charlie will lead a problem-free life. I do pray that he won’t live with the same chronic anxiety that plagues his mother, but ultimately that isn’t up to me. Whether the battles Charlie wages in his life are of the emotional or human variety, he will face trials and tribulations. Instead of letting this thought leave me in a puddle of anxiety, I simply will pray for his future and then continue to take noble strides toward raising a modern-day knight. 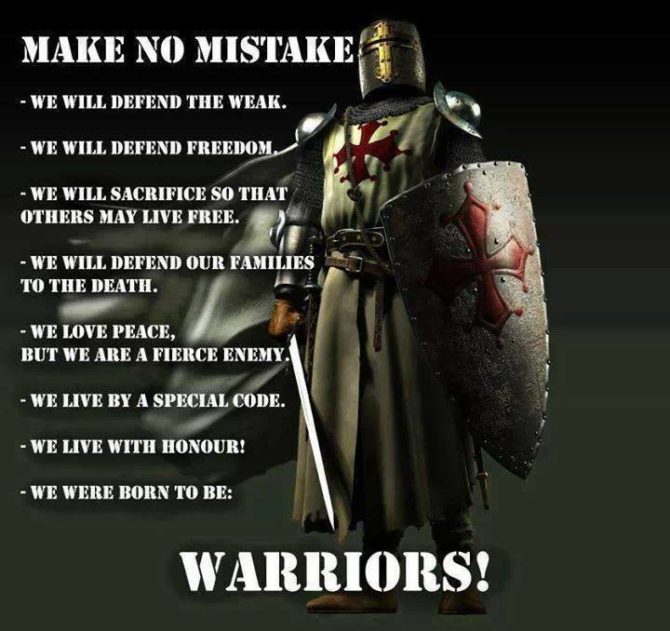