It began with a text message.  It was from my dad, and it read: “A tub full of furry woodland creatures has come down from the attic looking for a place to share the season’s joy.  Want to host them this year?”  To the casual reader, this message might seem cryptic, but I knew exactly what my dad meant.  In pulling out the family’s numerous boxes of Christmas decorations, he had come across my collection of Christmas stuffed animals, and it was time for them to move to their new home.

As a child, there were few things I loved more than my stuffed animals.  I had hundreds of them, and each one had a name and a story.  My beloved animals came to me in different ways: some were from family and friends, others I bought myself.  They ranged in size, from the smallest of beanie babies to teddy bears that were taller than me, and though I did have my favorites, every single one of them was loved. 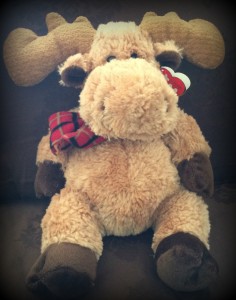 Most of my animal friends lived in my room, hanging from hammocks strung from the ceiling and covering every square inch of my bed.  The only stuffed animals that did not share my bedroom year round were my Christmas stuffed animals, who for eleven months of the year lived in the rafters above our garage with our other Christmas decorations.  Every year it felt like Christmas morning had come early when we pulled down my special tub and I was reacquainted with my stuffed animal friends. Each stuffed animal was showered with hugs and kisses and then, while the rest of the family trimmed the Christmas tree, I would spend hours arranging my animals into an elaborate display that we would enjoy through the rest of the season. Then, on New Year’s Day, we would take down all of our holiday decorations and my cuddly friends would resume residence in their tub until the following Christmas.

This holiday ritual continued for an embarrassingly long time.  Even as most of my other stuffed animals moved on to new homes, that box of Christmas animals stayed in the family and remained one of my favorite parts of the Christmas season.  But eventually, I had to grow up.  When I got married and moved out of my parents’ house, I knew I could not take my Christmas animals with me.  Our apartment was small, and we had neither the space to store them during the year, nor a place to display them at Christmas time.  And so, my treasured stuffed animals remained in their home above the garage, not just for eleven months, but for five years.  Every Christmas I would think about my childhood ritual, and wonder if I would ever get to relive it.  Then, I would look around our small apartment and know that my stuffed animals would have to live in the rafters for a little while longer. 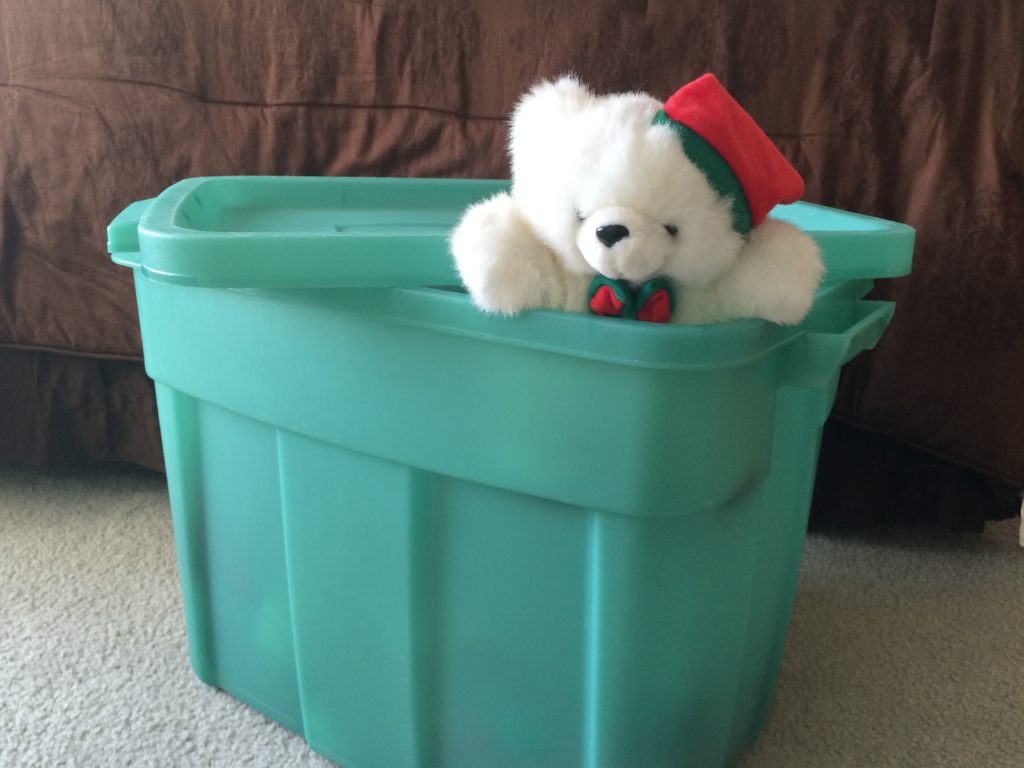 Well, nothing stays the same forever, and this fall, we were able to move out of our small apartment to a bigger home with ample storage and much more decorating space.  It was this move that prompted my dad to bring down the Christmas stuffed animals and send me that text.  And so, this Christmas, I once again opened up my favorite tub to welcome my cuddly friends into their new home.  For a brief moment, I was a child again, basking in a magical Christmas moment.  My treasured stuffed animals were not quite as I remembered them – they were a bit older, a touch more faded, more shabby than chic – but as I carefully placed them around our home, I once again felt like Christmas morning had come early.