Sixteen Things I Learned in March {2017}

I blinked and suddenly it was April. When did that happen? I got so carried away with my bookish postings throughout March that the month ended, and I never got around to sharing what I learned. So, here we are, the first Monday in April, and I’m finally taking some time to reflect on what I learned last month. March’s list consists of a lot of trivia, and some deeper, more personal insights as well. 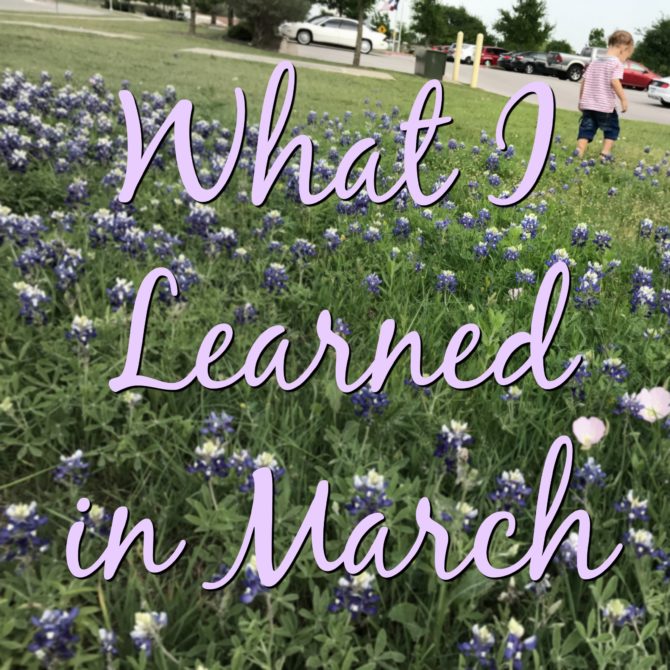 I knew that Mardi Gras was celebrated on Fat Tuesday, so I have no idea how it took me until this year to make this connection. And speaking of Fat Tuesday. . . I also learned that the reason pancakes are frequently eaten on this day is because they are made with eggs, flour, salt, and milk, which represent four pillars of the Christian faith: eggs for creation, flour for sustenance, salt for wholesomeness, and milk for purity.

2. Approximately 80% of our daily thoughts are negative.

I learned this during our church’s recent sermon series on “crashing the chatterbox” in our heads. In the series introduction our pastor shared the statistic that, according to the Cleveland Wellness Clinic, each person has about 60,000 thoughts a day, and on average, 48,000 of those habitual thoughts are negative. That number of total thoughts is much higher than I would have guessed, but the percentage of negative thoughts is about in line with my own thought process (on a good day . . .).

Luke greeted me on my birthday morning with this fact; he knew that nothing that would make my trivia-loving heart happier than to start my year off by learning something new!

4. The most common street name in the United States is Second Street.

It seems strange, but apparently many towns either use First or Main for their No. 1 thoroughfare, splitting the difference; hence, Second Street gets top billing.

5. Getting “into alignment” before I blog is a game-changer.

Jess Lively has talked a lot on her podcast about getting into alignment before she works. I wasn’t sure what that meant until she explained that she used to effort her way through her work days (sit down and force herself to get work done, even when she wasn’t feeling it). Now, she spends time thinking, reading, relaxing, and doing other mental prepwork before even attempting to start with her work, and she claims that when doing this, she is able to accomplish a full day’s worth of work in just a few hours.

I was skeptical of this tactic but have been giving it a try, and I’ve been blown away by the results. My previous method involved forcing myself to write whenever I could find the time; more often than not, those moments came when I wasn’t in a writing mindset, but I would push through—often with little to show for it. Recently, I’ve been letting myself off the hook when I don’t feel like writing. I go for a walk or play with Charlie, work on something around the house or even take a quick nap. I don’t try to write until inspiration strikes, but when it does, the work practically does itself, with far less effort and in just a fraction of the time. It’s also been helpful to accept that my work might not get done, and that’s okay too; stressing about self-imposed deadlines really isn’t doing anybody any good.

A couple weeks ago, Luke and I escaped to the theater see a movie I have been anticipating for what seems like years: the animated Beauty and the Beast tops my list of all-time favorite movies, so I couldn’t wait to see this remake! We showed up at the theater (on opening weekend) with what we thought was plenty of time to get our tickets, grab a soda, and snag some good seats. Since we almost never go to the theater, I guess it hadn’t even occurred to me that theaters SELL OUT! There were no tickets left for that showing, or even the next few. We settled on seeing The Shack instead (and have zero regrets, it was amazing), but I’m bummed that I still haven’t gotten to see Beauty. Pre-planning lesson learned for next time. 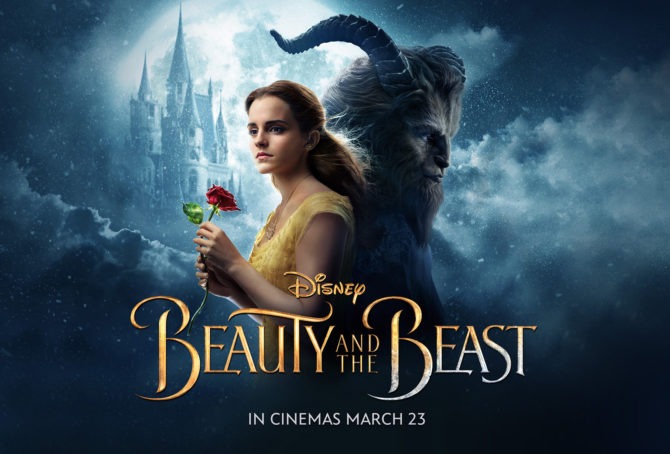 7. The practice of Retirement as a government policy originated in 1883 with the German Chancellor Otto Von Bismarck.

In an effort to combat radical Marxist reforms, Bismarck announced that anyone over the age of 70 (later moved to 65) would be forced to retire. This age was chosen because it almost exactly aligned with life expectancy in Germany at the time.

8. Insecurity is thinking differently about you than how God thinks about you.

In contrast, security is thinking about you the way God thinks bout you. This was another gem from our recent sermon series and it’s stuck with me. Insecurity is one of my biggest stumbling blocks, but recognizing it for what it is—being out of alignment with God’s thoughts for me—has helped me put these feelings into perspective. I have a long way to go in this department, but I’m so thankful for a God who not only thinks well of me, but also wants to help me as I work to see myself the way He sees me.

9. Jackie Kennedy was 31 at the time of JFK’s presidential inauguration.

If that statistic doesn’t make you feel old, you are either in denial about your age, or a teenager (in which case, thanks for reading this old lady’s blog!).

I’m generally pretty terrible at both pausing to listen to the Holy Spirit, and recognizing when He does speak to me. But I’ve had a few experiences this month where I’ve felt God nudging me in a certain direction and heeded His prompting. In these moments I’ve had the opportunity to bless others in some pretty cool ways that wouldn’t have been on my radar if I’d stuck with my usual MO of blocking out God’s voice or totally disregarding it.

11. Texans have a particular affinity for stuffed avocado.

This fun infographic from Pinterest shows the most commonly searched-for foods within each state as well as some international cities. Apparently Austinites like paleo breakfasts, Barcelonans are craving cheese danishes, and Californians are really into figs. 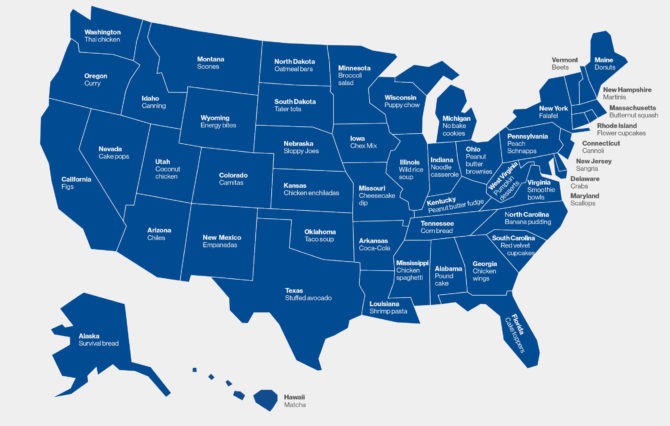 12. The grocery chain H-E-B is named for the initials of its founder, Howard E. Butt.

With that last name, I can understand the reason for using just initials. No grocery store wants to be the butt of every joke. (Come on, you know you were thinking it too.)

13. Before the mid-1800s, people didn’t use stamps or envelopes to send items to others.

They just folded a sealed piece of paper. The person who received the letter had to pay for its delivery. The first British stamps were introduced in 1840 and cost 1 cent.

14. Both synthetic and real hair wigs are expensive!

Design Mom blogger Gabrielle Blaire shared 8 things she learned when shopping for her first wig. Reading it, I realized how little I know about the surprisingly complex world of wigs, but my biggest takeaway was that they are not cheap: even a synthetic wig can cost up to $400 and real human hair wigs start at $1000. Hair in general kind of grosses me out, so I can’t imagine wearing a real hair wig—which is good, apparently, since I couldn’t afford one!

15. Experiencing my own pain has made me more sensitive to others.

Lately I’ve been noticing in myself a particular sensitivity to the hardships of people around me. Not only have I been seeing people’s pain, but I’ve also been willing to sit with them in it without trying to whitewash their suffering, fix anything, or pretend it’s all going to be okay. The only explanation I’ve been able to find for this heightened sense of empathy is the fact that I’m just coming out of my own few months of personal/emotional pain. I HATE that I struggle with things like anxiety and depression, but I am also thankful that God is able to redeem my own experiences by using me to minister to others.

We spent a fun day at Inks Lake with friends, and the sun decided to give me a very painful souvenir. It was a chilly morning, and I generally don’t burn, so even though we were sitting in the sun I didn’t think I needed sunscreen. Later that night, when I was on the verge of vomiting and visibly shaking with the chills from sun poisoning, I was regretting that decision. Sometimes I’m really terrible at this whole adulting thing.

And that’s a wrap! What’s something YOU learned in March?