The official start of summer is still a few weeks away, but with the weather warming up, and schools around us getting out much earlier this year, it feels as though summer has made an early appearance. And what better way to kick off the summer than with some delicious smoothie recipes?! 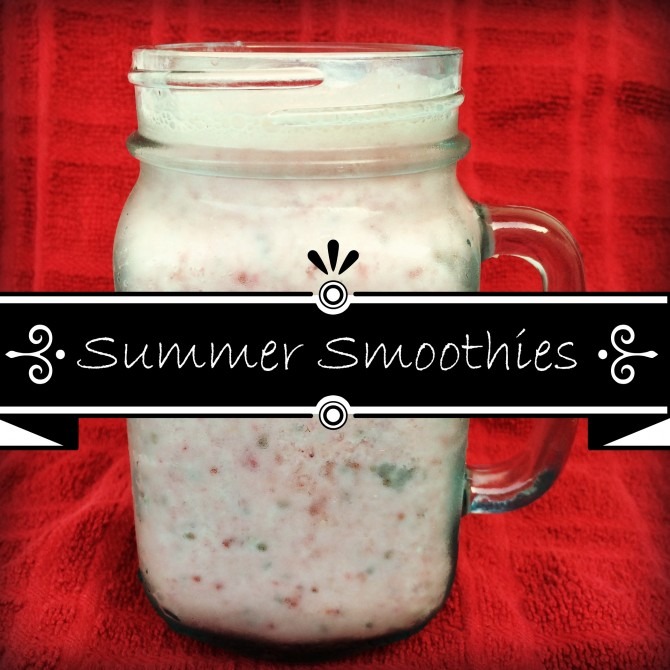 As a lifelong Southern Californian, I am – and always have been – a big fan of smoothies, and since receiving my Cusiniart blender as a Christmas gift a few years ago, I’ve treated myself to a smoothie almost daily. Unfortunately, the frozen fruit that typically serves as a smoothie base can be a bit cost prohibitive for an everyday treat, so I have traditionally used cheaper ingredients (like frozen bananas and canned pumpkin) in my homemade smoothies.

A few weeks ago, I was shopping at my local Dollar Tree when I discovered an entire freezer section dedicated to frozen fruit. Sixteen-ounce bags of pineapple, blueberries, strawberries, mangoes, peaches. . . all were being sold for just a dollar! Since this was such a huge discount, I assumed the fruit was part of a special sale, but the cashier informed me that Dollar Tree carries a wide variety of frozen fruit year-round. Sweet! 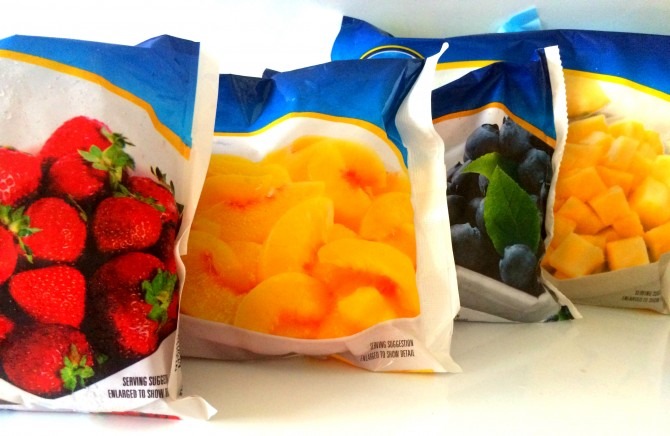 Thanks to my newfound source of crazy-cheap fruit, I’ve been experimenting with different smoothie combinations and flavors. Here are some of my favorite new smoothies! Each recipe yields 1 large or 2 small smoothies. 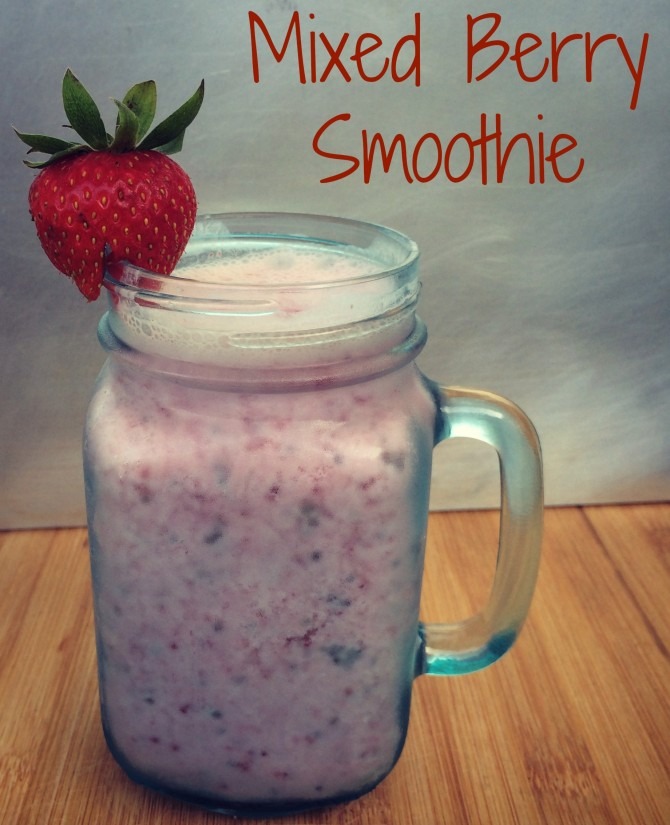 Directions: You probably don’t need me to tell you how to make a smoothie, but just in case . . . place ingredients in your blender and blend until fully smooth. Thanks to the chia seeds, the smoothie will thicken up if you let it sit for a few minutes before drinking it. 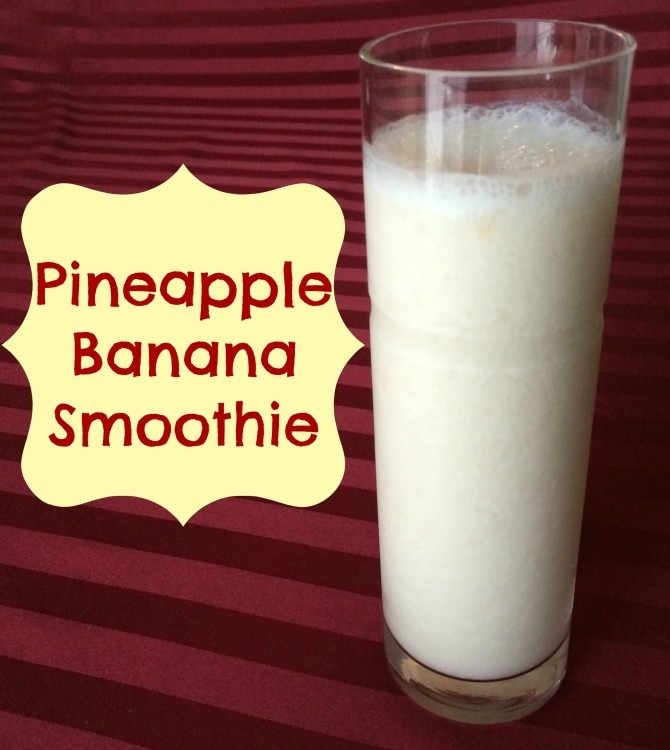 Directions: Place ingredients in your blender and blend until fully smooth. 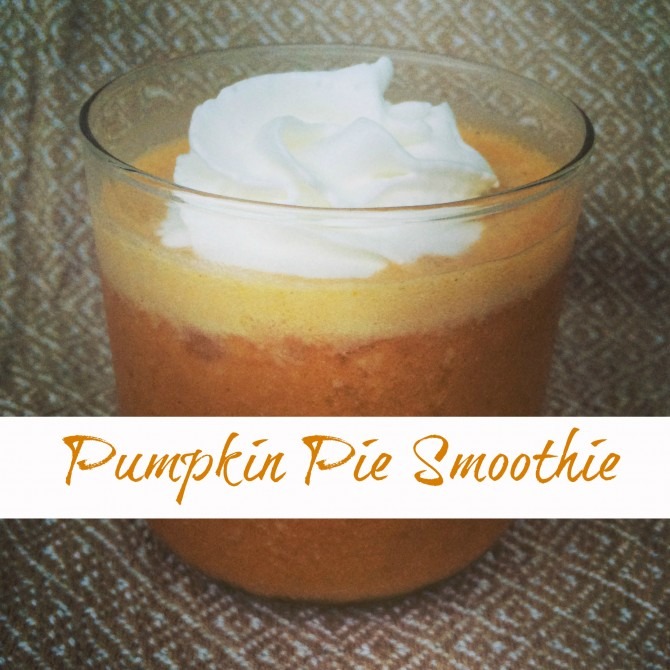 // This recipe doesn’t include any of my new fruit finds, but it’s my old standby, so I thought I’d include it here. Contrary to popular belief, pumpkin smoothies can be enjoyed year-round, and not just around Thanksgiving! //

Directions: Place ingredients in your blender and blend until fully smooth. Top with whipped cream. Enjoy!

← Quotable // from Joseph Campbell
What I Learned in May →