We sat in Grandpa’s formal living room, stiff despite the plushness of the chairs, doing our best to maintain the momentum of our platitudes and conversational niceties. Charleston squirmed in my lap, glancing around the room in hopes of spotting something in this octogenarian’s house that might occupy him while the adults made awkward small talk.

It wasn’t long before Grandpa picked up on his great-grandson’s cues and headed to the closet to pull out a well-loved box of colored blocks. He handed the box to Charleston, and Luke and I joined our child on the floor to help him assemble a skyscraper as we talked. 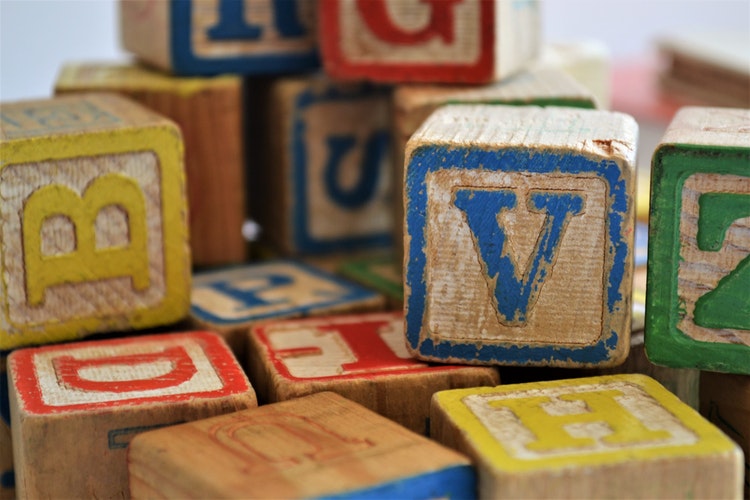 “What sorts of toys did you play with growing up, Grandpa?”

I’d only asked in a desperate attempt to get the conversation flowing, but Grandpa’s response was far from a perfunctory one. “Well, money was tight. We didn’t have money for shoes, let alone toys. But in the winter we had our sleds, and we would spend all day out on the hills.”

That memory sparked another and another. Grandpa delighted us with stories about growing up during the Great Depression, the son of an orphan whose one indulgence was his cars. Having learned to drive a delivery truck at sixteen so he could make deliveries for the local butcher, Great Grandpa’s knowledge of vehicles led to a job as an ambulance driver during the War. After that, he always had at least one nice car in his garage.

“Well, of course mom could never drive a car because she was a woman,” said Grandpa matter-of-factly. “So we were on our own to get to school. It was two miles away and we had to take two buses and a street car to get there. Except when it flooded; then Mom would muster up a few coins to pay for a taxi.” Each story was wilder than the last, and before we knew it, two hours had passed and it was time for us to go.

In our short visit that day, I learned more about Luke’s grandfather than I had learned in the last decade of family get togethers. In sharing stories from his childhood, Grandpa had welcomed us into his world. He’d given us a glimpse into another time and place, and by imparting this gift, he reminded me of a truth I’ve long known but rarely acknowledged: our elders have so much to offer. 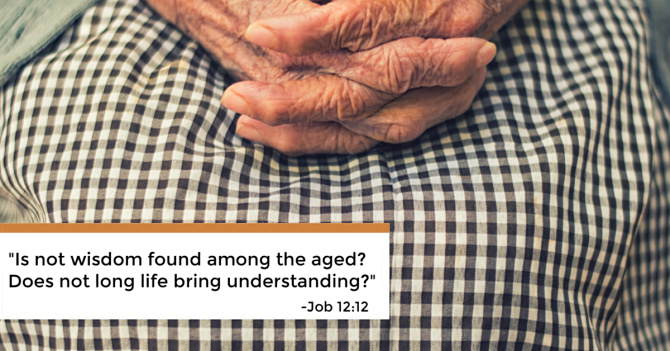 We live in a culture that glamorizes youth and views aging as something to be avoided at all costs. Classic novels are considered outdated. Systems and institutions older than a decade are deemed antiquated and irrelevant, and are overturned in favor of something shiny and new. Senior citizens are relegated to resort-style living spaces or nursing homes, effectively silencing their wisdom that was gleaned over a lifetime of hard living. Meanwhile, we youngsters are spinning our wheels, doing our best to make sense of our present without stopping to access the hard-earned wisdom and insights of previous generations.

Our afternoon chat with Grandpa that day evoked a time when people sat around talking, sharing stories and laughing, and simply enjoying each other’s company. In our fast-paced society when we each hold the world in the palms of our hands, it’s uncommon to spend more than a few minutes without our eyes glued to our screens. Heaven forbid that we pass an entire afternoon without engaging in an Instagram-worthy activity.

Grandpa’s stories, and our time spent hearing them, reminded me to slow down. To be fully engaged in the present moment. To listen—really listen—to someone as he recounts a memory. To share a memory of my own. To be willing to learn from one another, in real time, face-to-face.

I struggle to acknowledge—let alone embrace—my own aging. I fear a time when my mind won’t be as sharp, my body won’t move as quickly, the crow’s feet around my eyes will have deepened into ravines. But past generations knew age wasn’t something to be feared, but welcomed and respected. They willingly sacrificed smooth skin and sprightly limbs for the softening spirit and broad understanding that comes with the passing of decades. I look to their example of what it means to age gracefully, with anticipation of the good gifts that time can bring. 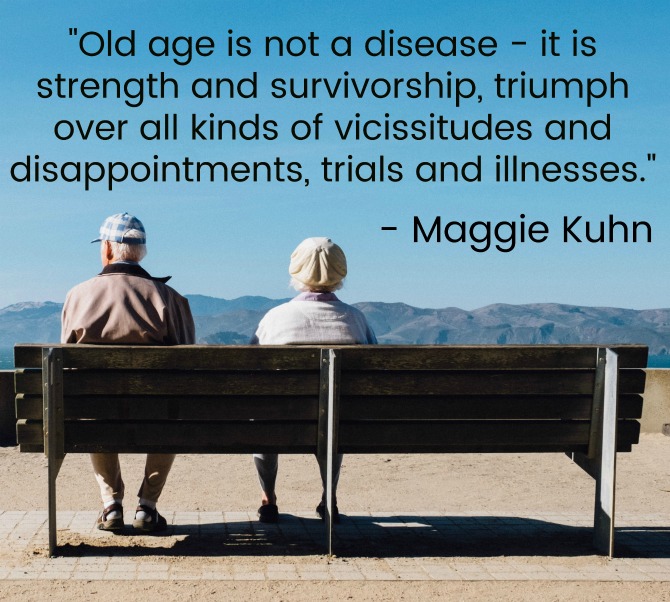