Back On The Air!

Hello once again from the great state of Texas! After a (longer than anticipated) break from blogging, I can’t tell you how good it is to be back. My hiatus revealed to me, more than ever before, how deeply I care about this little space, and how much personal fulfillment I find through this creative endeavor. It isn’t always easy to carve out time to write, but the deep satisfaction it brings me makes it well worth the effort. Thanks to all of you who read along as I journal my way through life’s adventures. 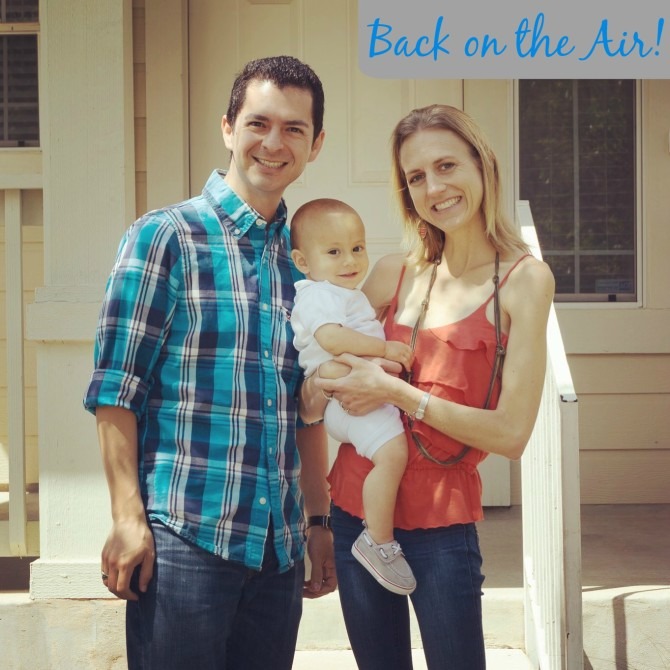 It’s been awhile since my last post, so I have quite a bit of catching up to do! Last you heard from me, we were just settling into our new home, learning our way around town, and awaiting the arrival of our furniture. After three long weeks in an empty house, our movers finally arrived with all of our belongings, and we’ve spent the last month slowly working our way through boxes. With all of our previous (local) moves, Luke and I managed to completely set up house within just a few days, but it quickly became apparent that this move would be different: moving out of state is a much bigger ordeal than moving across town (so many boxes!), and a toddler is not exactly conducive to a speedy unpacking schedule. And even though Luke is now working from home, he still is putting in full days in his home office, which means that we’ve been fitting in home stuff around his work schedule as well as Charlie’s often-unpredictable routines. It hasn’t been easy for me to move at this slower pace, but I accepted that there really wasn’t any hurry, and in the end things have been getting done. I have to admit that taking things slowly has had its upsides: with more time to think and plan, I was more intentional about the unpacking process: I put great care into the placement and organization of our belongings rather than simply stuffing them into temporary spots to be dealt with “later,” and I ruthlessly edited items that didn’t have an obvious home. I even gave the KonMari treatment to all of our dresser drawers! As a result, I feel much more settled and at peace in this house than I’ve felt in any of our previous homes, proving that Gretchen Rubin is right when she says that “outer order leads to inner calm.” We still have many unadorned walls and one entirely empty room, which is to be expected considering this home is a lot bigger than our last one. But rather than viewing our house as incomplete, I’m actually feeling thankful for the growing room and am excited about the potential I see in these blank spaces.

In addition to transitioning our house into a home, we have spent more time getting to know our new hometown. We’ve already identified some favorite restaurants, walking routes, and hangouts, and we found a new pediatrician that I think we will love. We’ve tried out a new church each Sunday (seven churches in total), and though we haven’t claimed one as our own yet, we think we’ve narrowed our choices down to two great options. We’ve been too busy to venture very far outside our little area, but we’ve started to compile a list of places and things to do in the greater Austin area. I know we’ve been here less than two months, but so far I have to say that I really love Texas. We never experienced true seasons in Orange County, so it’s been so awesome to witness the world around me coming to life with the onset of spring. The flowers and trees are absolutely stunning, and I can’t get enough of the gorgeous skies and rolling fields blanketed with bluebonnets and poppies. We’ve experienced a range of weather, with some days over 90 degrees and other weeks where it’s rained for days on end. I’m not a fan of the rain (HUGE understatement), but even I have to admit that the thunderstorms are pretty incredible. I had no idea that there could be SO MUCH thunder and lightening all at once! 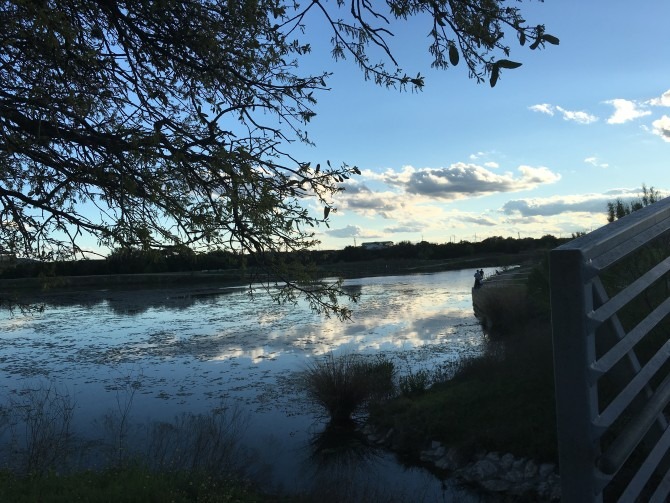 With the exception of crazy thunderstorms and an exponential increase in greenery, I haven’t found Texas to be too different from Southern California. We have many of the same restaurants and stores, the community life is familiar, and the people seem very similar in terms of friendliness, personal style, etc. (This could be because almost nobody in our area is actually from Texas; it seems like a majority of the people we have met are also from California, or at least have a close friend or family member who has relocated here. Apparently Californians are taking over Texas!) The one big difference here is that we are not close to our family and friends. As a fairly hardcore introvert, I’m surprised by how lonely I’ve felt over the past few weeks. Though it will take time, I know that I will develop a new community of friends, but I have currently been experiencing a level of homesickness for my loved ones that no number of new connections will ever fully extinguish, and that’s something I’ve been struggling to fully accept. 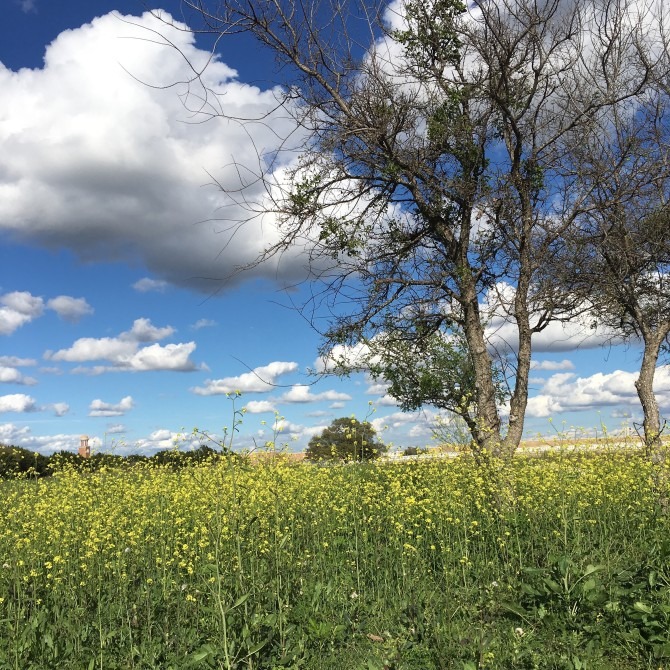 Prior to our move, I was somewhat nervous about how things would go with Luke working from home, but I’m happy to say that it’s been amazing! It’s so nice to have him home all day, available for periodic play sessions with Charlie and even just to help out with things like bringing in groceries in the middle of the morning. It’s been surprisingly easy to keep Charlie occupied while Luke is working, and we’ve settled into a pretty good routine. Luke wakes up much earlier than Charlie and me, so he gets a few uninterrupted hours of work in while we’re still asleep. Charlie and I get up around 7:30, then the two of us get ready for the day, play a bit, and have breakfast before heading out for the morning. Two days per week we go to the baby story time at our local library (which is awesome!) and the other days we head to the gym (the community center where I work out has FREE childcare, also awesome!). Afterwards we run errands, go for a walk, or tackle household chores together until lunch time. Luke joins us for our midday meal, which we all love; I feel so blessed that we all get to spend so much time together. After lunch, Charlie takes a nap (…or doesn’t; he still isn’t the best sleeper, so sometimes nap time just turns into playtime). Luke is done with work by late afternoon and we tackle whatever household items we can until dinner and bedtime. It’s not a perfect schedule, and our days don’t always pan out according to plan, but it’s more of a routine than we’ve had in the past, and it has been nice to have more structure built into our days. 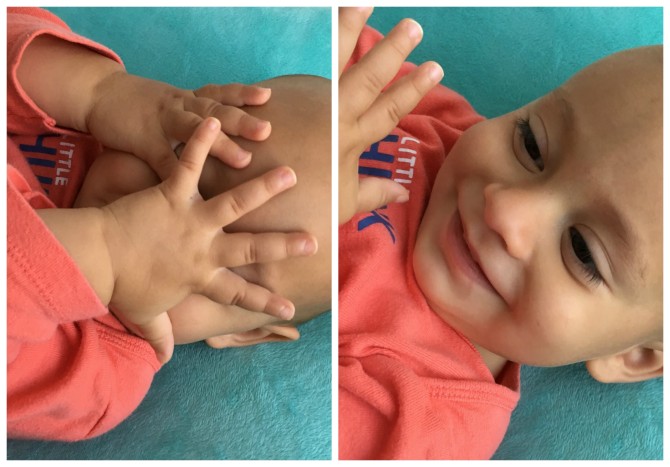 With much of our time taken up by household activities, we haven’t had too many adventures, but Easter gave us a few good excuses to have some fun as a family. On the weekend before Easter we attended a city-wide Easter Egg Hunt at a local park. It was so much fun, and Charlie did a great job with his very first egg hunt! Later that week we made a visit to the Easter Bunny, and since the mall was literally empty, we had plenty of quality time with the rabbit. I was worried about how Charlie would react since he had such a hard time with the characters when we went to Goofy’s Kitchen, but he was fine. We didn’t get any smiles for the camera, but there weren’t any tears either, so I’d call that a success. Easter itself was a bit strange in that it was our first holiday away from extended family, but we did what we could to make it special for our little family of three. On Saturday night, Charlie put out an Easter basket filled with plastic eggs for the Easter Bunny to hide. (This is something my brother and I always did growing up, and I honestly thought it was a pretty universal tradition until Luke told me he’d never heard of doing it that way; when I asked friends on Facebook about it, many agreed that this practice was unique to my family; I had no idea!) On Easter morning Charlie woke up to a basket filled with Easter goodies (an Easter book, a coloring book, and crayons). After church that morning, Charlie had his own private egg hunt in our living room. I was impressed with how quickly he figured out how to find the eggs and place them into his basket. He was a pro! Although it was a cool day, we barbecued fish for lunch, then spent the afternoon dying Easter eggs. It was sad to be away from loved ones for the holiday, but also fun to be establishing some new holiday traditions. 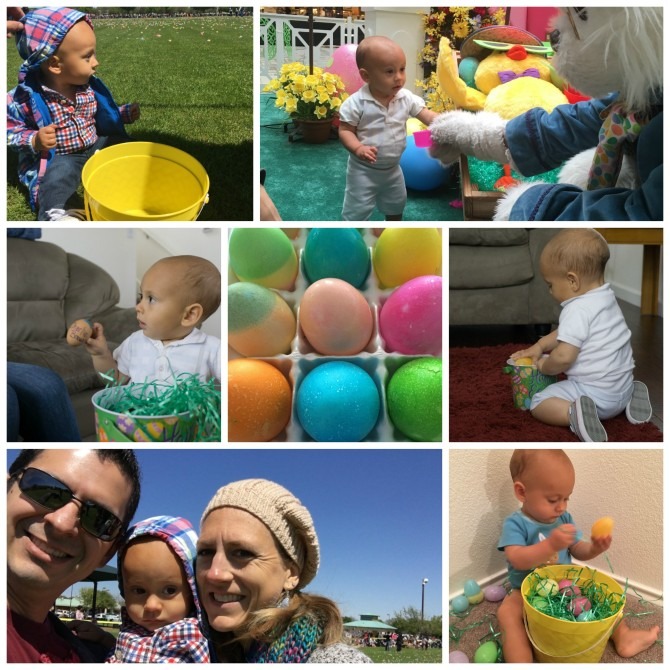 No family update would be complete without a full Charlie recap! He has grown up so much in the past couple of months that it’s hard to believe he’s the same kid we brought with us from California! Each day brings new developments, habits, and quirks, and he just keeps getting funnier and more fun to be around. Between the library story time, childcare at the gym, and various church nurseries, he’s getting a lot more social interaction than ever before, and he seems to be thriving. We constantly get comments on what a happy, friendly, easy-going kid he is, and I couldn’t agree more. He isn’t talking yet, but he babbles nonstop and will use gestures to communicate. He is obsessed with birds and waves enthusiastically whenever we see or even just hear them, probably because we have always made it a practice to wave to our pet cockatiel when we come home. The biggest development is that he is finally a true toddler! He took his first cautious steps around the 14-month mark, and gradually did more cruising and less crawling. It’s only been in the last week (just as he turned 15 months) that he’s given up crawling altogether and is a totally competent little walker. He was a bit late to the walking game, and to be honest I’d been pretty worried about the delay, but once again my fears were totally unfounded. This kid does things in his own time, but he gets around to them eventually. I’m just waiting for him to get around to being a stellar sleeper! 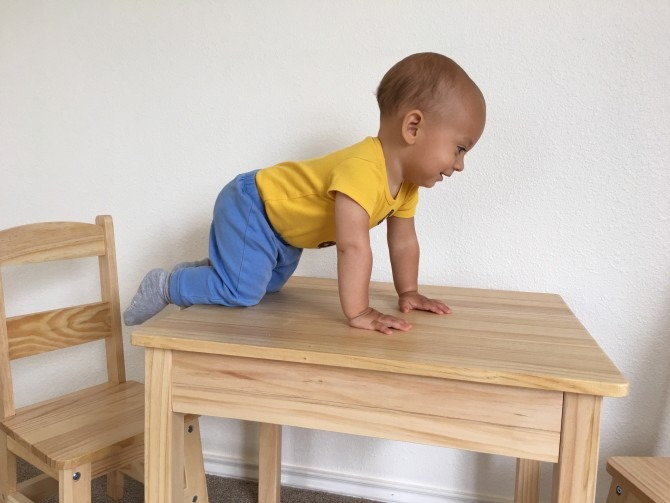 Well, this update has gotten super long so I think I’ll end it here. I’m sure you’ll be hearing plenty more of our Texas adventures in the near future! On a business note, I’ve decided to switch to a Monday/Friday posting schedule, with occasional Wednesday posts. And of course I’ll continue to share favorite quotes with you on Saturdays. I’ve got a great one lined up for you tomorrow, and then I’ll meet you back here on Monday to share the details on some things I’ve been into lately. Until then, have a fantastic weekend! 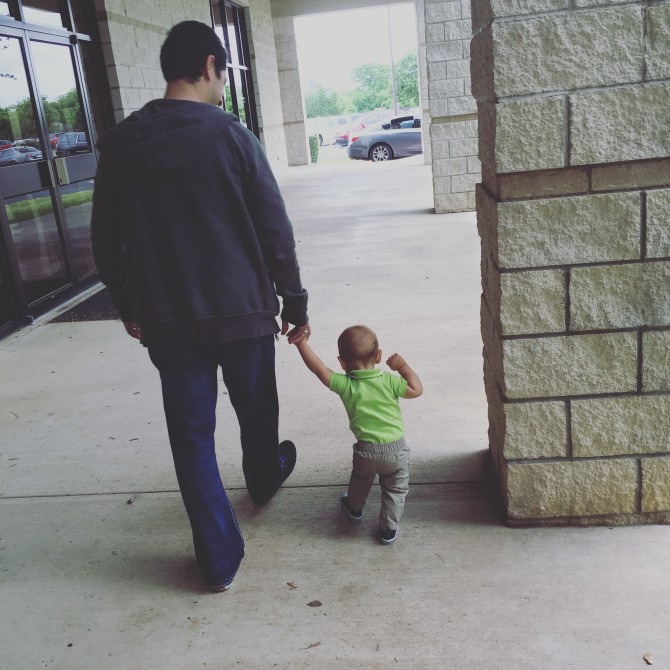