Last Friday, I gave a big-picture view of what our family has been up to over the past couple of months. Now it’s time for a fun look at some of what I’ve been reading, watching, eating, and simply enjoying lately! 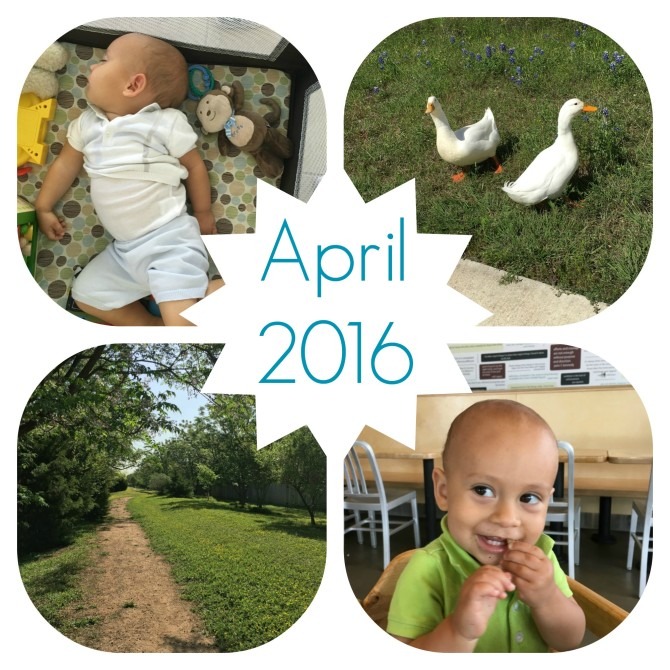 With much of my life and world being reconfigured as a result of our move, my reading time has been providing me more comfort than ever. I’ve read/listened to a number of excellent books in the past couple of months. Ready Player One was an unexpected delight that kept me entertained on the long drive from California to Texas.  I finally got around to reading The Happiness Project and Happier at Home, both of which offered some excellent takeaways. I just started my first Jojo Moyes book; it’s fluffier than I’d anticipated, but very entertaining. Stay tuned for complete reviews in my next Quick Lit posts. 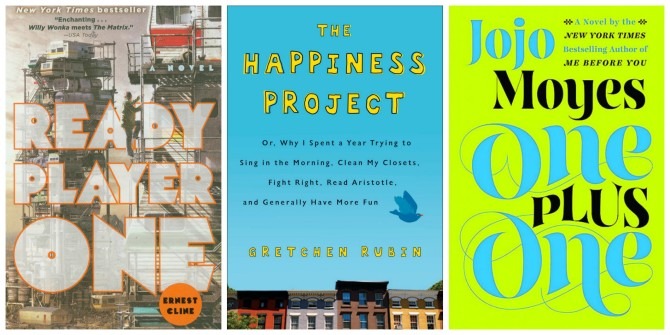 I’ve also read two more books for my 2016 Reading Challenging, including a book personally recommended to me and a book that deserves a second chance. I’ll save my complete thoughts for another day, but for now I’ll say that these novels provided two of the most satisfying reading experiences I’ve had in a long time. 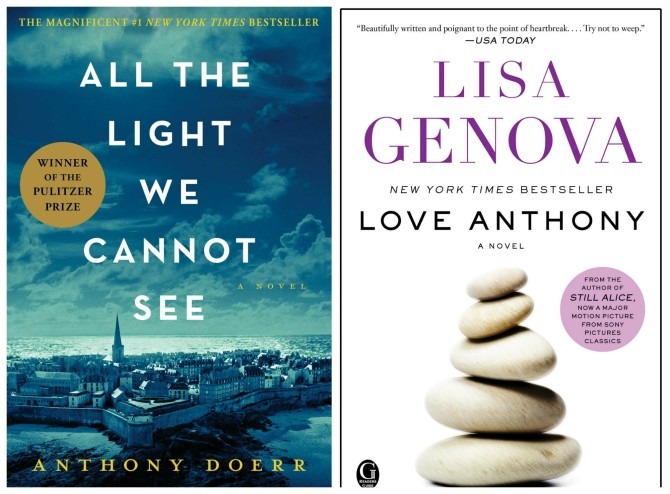 We haven’t watched any movies since our move, but we did have a couple of RedBox nights when we were still in California.

The Martian: I read The Martian with my book club a few months ago, and while I enjoyed elements of the book, I found it surprisingly slow and assumed the story would be better suited to film. I also looked forward to getting a more clear visualization of Mars, which I had difficulty picturing based solely on the book’s descriptions. The filmmakers succeeded in bringing the book to life, expertly balancing action and dialogue while managing to preserve the novel’s mix of gravity and humor. The film features some subtle deviations from the novel’s plot, resulting in a tighter and more conclusive narrative. Matt Damon is perfect in the title role, and the rest of the characters were consistent with my images of them from the book. I don’t know that I would have enjoyed the movie had I not read the novel first, but this is a rare instance where the the movie version wins out over the book. My Rating: 4 stars.

The Age of Adaline: The concept of immortality is not a new one, yet its appeal is as timeless as the notion itself, and it serves as the theme of The Age of Adaline. I can’t begin to describe how much I loved this movie about a woman who was born in 1908, but hasn’t aged a day for nearly eight decades. From the visually appealing scenery and gorgeous costumes, to the captivating story and fascinating characters, The Age of Adaline offers everything I want in a film. The acting is impeccable, with a particularly impressive performance by Blake Lively in a beautiful portrayal of an elderly soul within a youthful exterior. I love a movie that gets me thinking and this one definitely has sparked some intriguing thoughts about aging, life’s purpose, and the ephemeral nature of the body and soul. My Rating: 5 stars. 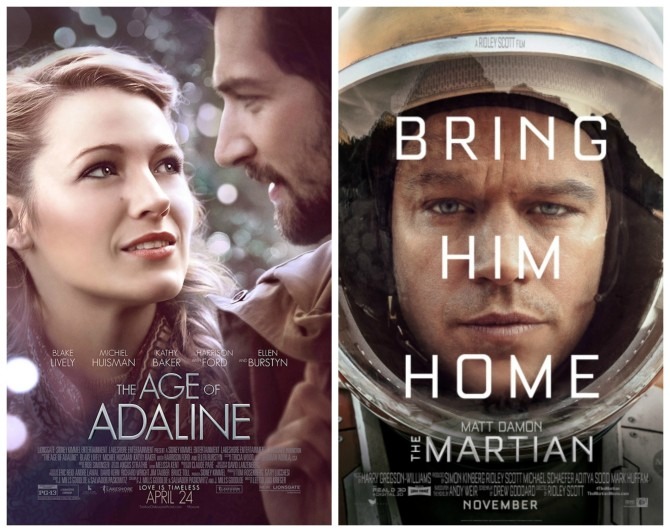 Our screen time is currently spent catching up on our favorite shows on Netflix. We just started Season 2 of Girl Meets World, which I’m enjoying even more than the first season. Over the last couple of months we also finished up two other great shows:

Parks and Recreation: The Season 7 release of Parks and Recreation to Netflix brought a mix of emotions: I was excited to see more of one of my favorite shows, but also sad that I would finally have to accept its end. (I know the show officially ended over a year ago, but it was easy to be in denial when I hadn’t actually seen the conclusion for myself.) Per our tradition, Luke and I celebrated the new season by rewatching the series from the beginning. It took some time (we started in January and didn’t finish until this month), but it was totally worth it. I find that I enjoy the early episodes even more with each subsequent viewing: the characters are all incredibly endearing, the stories are engaging, and the jokes never seem to get old. The seventh season was actually my least favorite; the writers took a creative risk in jumping the timeline forward a couple of years, and though this led to some interesting story arcs, I didn’t particularly care for their treatment of some of the characters—Leslie in particular seemed to evolve in ways that seemed counter to her personality. Nevertheless, Season Seven did not derail my love for the series as a whole, and I was thrilled with the series finale and the chance to see what happens to my Parks and Rec friends in the future. This show has definitely earned its place in my Top 5 of All Time! My Rating: 5 stars.

Fuller House: My parents were fairly strict about what they would allow me to watch as a kid, so unlike most of my peers, I didn’t grow up watching Full House. But the release of Fuller House has created so much excitement for so many in my circles that I wanted to check it out, if only to see why all my friends had been left disappointed. I’m almost embarrassed to admit how much I enjoyed it! I’m not sure why I liked it so much, as the quality of both the acting and the writing is admittedly pretty low, and I don’t even have the nostalgia factor to thank. But OH MY LANTA, I simply adored this show. I know that many fans of the original series were disappointed that Fuller House wasn’t more family friendly, but I found it impressively clean compared to most current sitcoms. And the topics were relevant with just the right amount of cheesiness. I am so glad Netflix is making another season; I only wish they would release the episodes of the Original Full House so I could catch up on all I missed! My Rating: 4 stars. 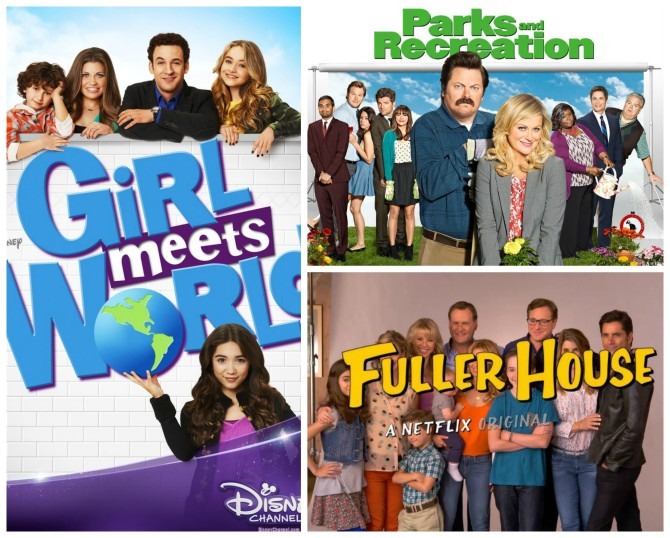 Is it just me, or does the podcast scene seem to have exploded over the past few months?! I’m hearing about awesome new shows almost daily, and my podcast queue has gotten so long that I’m barely able to make it through my weekly line-up, even listening at 1.5 speed. I’m amazed at the level of awesomeness being produced! A few of my favorite recent additions have been: Janet Lansbury’s Unruffled (looking at parenting issues through the lens of a respectful parenting philosophy); The Minimalists (continued motivation to streamline my belongings and focus on people over possessions); The Happy Hour with Jamie Ivey (interviews with noteworthy Christian women, hosted by a fellow Austinite); and What Should I Read Next (excellent book recommendations, and further proof that everything Modern Mrs. Darcy produces is pure gold). 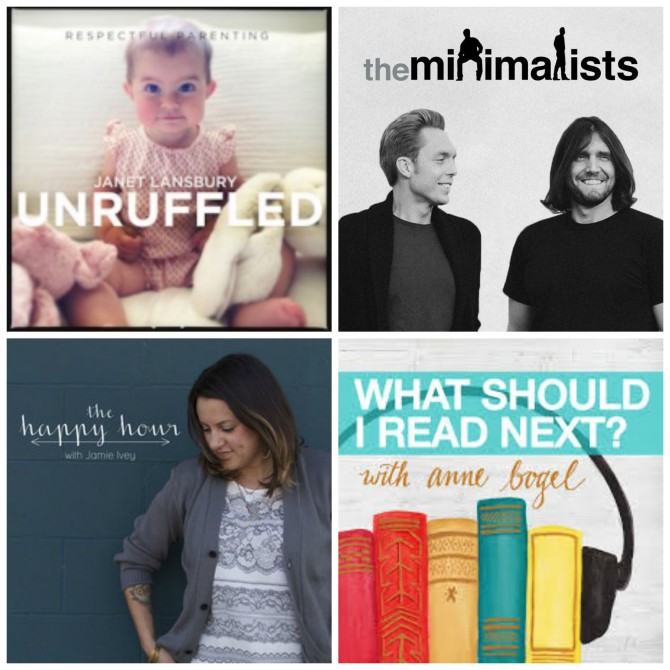 I enjoy having background music filling our house, and lately the music of Boyce Avenue has been serving as the soundtrack for our daily home life. I discovered this indie band via the Glee Cast Pandora station (another favorite) and immediately created a new station inspired by this trio of brothers. I’m loving their mix of original songs and acoustic covers, and the occasional upbeat song that comes on the station serves as a great excuse for spontaneous dance sessions with Charlie. 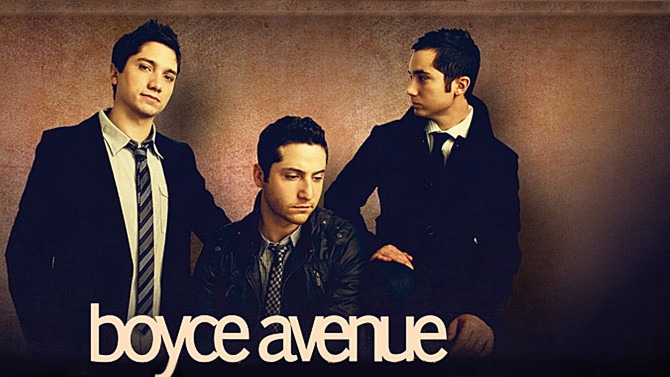 I know that IKEA meatballs are pretty popular, but have you tried the IKEA GRÖNSAKSBULLAR? These vegan meatballs are made from chickpeas, vegetables, pea protein, and spices, and they are amazing! I picked up a 2-pound frozen bag of them in the store, but you can order them online as well. Charlie and I also really like the KYCKLINGKÖTTBULLAR (chicken balls), which are gluten free and made only from natural ingredients. 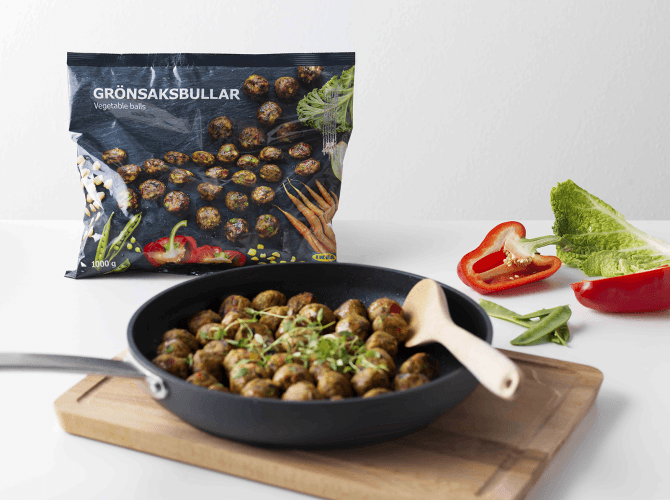 I’m embarrassed to admit that despite seven years of high school/college Spanish, my Spanish skills have faded almost to the point of nonexistence. In an effort to reestablish some semblance of fluency I’ve been putting in daily practice time with the Duolingo app. I’d been familiar with the app for a while, but a Tim Ferriss interview with co-founder Luis von Ahn pushed me to finally try it for myself. My rusty Spanish is polishing up more quickly that I would have thought, and I’m enjoying this interactive, low-key approach to relearning the language. I’m making an effort to practice my Spanish during everyday conversation with Charlie in the hopes that he will pick up on some of the language as well.

We’re still very early in our Texas journey, but two months in, I find myself missing very little about our former home. However, I have been feeling desperately homesick for family and friends. I felt this most acutely a few weeks ago when my mom celebrated her 60th birthday and I wasn’t able to be there. My dad put together an awesome scavenger hunt that took her through the six decades of her life, and though I was able to participate via phone call and FaceTime, it wasn’t the same as being there in person. To help feel connected with my immediate family (parents, brother, and sister-in-law), I started sending daily group texts with a question of the day. It has been a fun way to stay in touch and I’ve learned some new things about each of them. My favorite question was about their Myers-Briggs types; they were all great sports and agreed to take assessment tests, with some surprising results—I was off on each of my predictions by one letter, and I was shocked to discover that my Dad tested as an extrovert! If you live far from family, what are some creative methods you have used to stay close from a distance? I’d love to hear your suggestions.

We’ve had a dishwasher in all of our previous homes, but Luke and I have never dirtied enough dishes to justify using it as more than a drying rack. Now that the three of us are eating all of our meals at home, we go through enough dishes for a dishwasher to make sense. Though I’ve never minded the task of dishwashing, I have to admit that using the dishwasher has felt like quite the luxury. The BEST part is that Luke unloads the dishes each morning before I’m even up for the day; I have such an awesome husband!

The spring flowers are already starting to fade into summer green, but I’m savoring the beautiful blossoms while they’re here! 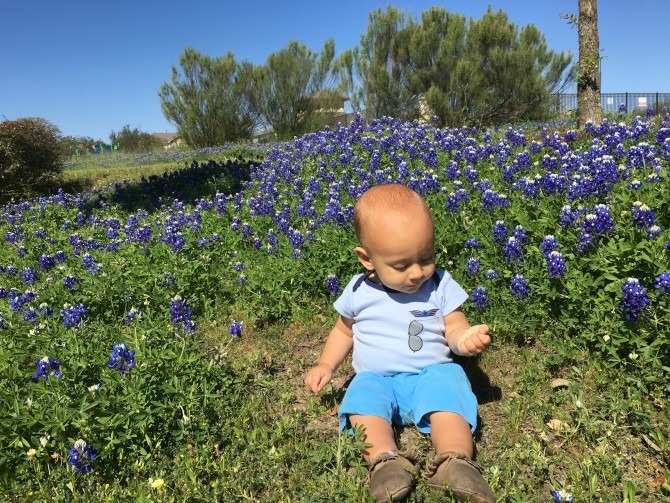 I’m happy to once again be linking up with Leigh Kraemer to share what we’re into this month. Head to her site to check out what others are enjoying this April!