Several months ago, I shared a list of five-star books from three different fiction genres. As I said then, I’ve always tended to prefer fiction books to nonfiction ones, and it’s only been in the last couple of years that I’ve started to branch out into nonfiction territory. However, one segment of nonfiction books that has always captured my interest is the category that I like to call faith-based books. The style and focus of these books can vary, but their commonality is that they are all written by Christians, or are in some way about the Christians faith. In other words, these are all books that can be found in a Christian Bookstore. I’ve read innumerable such books over the years, and though I’ve struggled through some pretty awful books, I’ve also discovered quite a few amazing ones. In no particular order, here are the faith-based books that have really stood out. 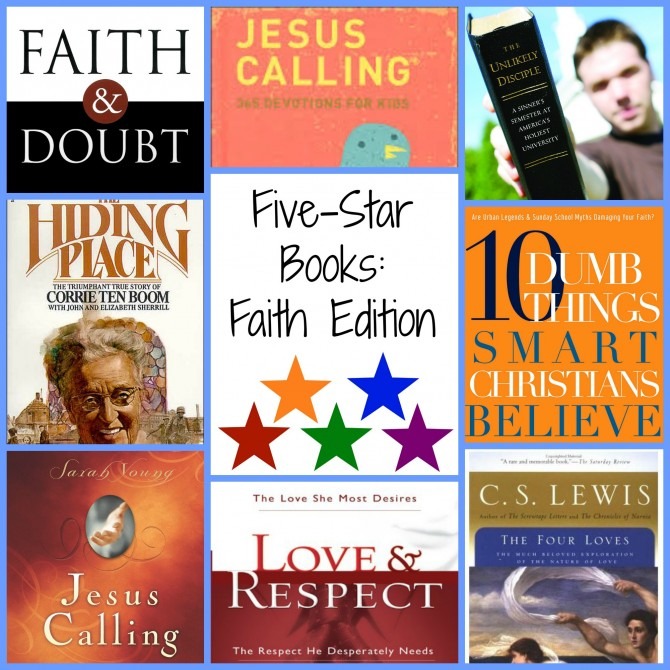 The Four Loves, by C.S. Lewis 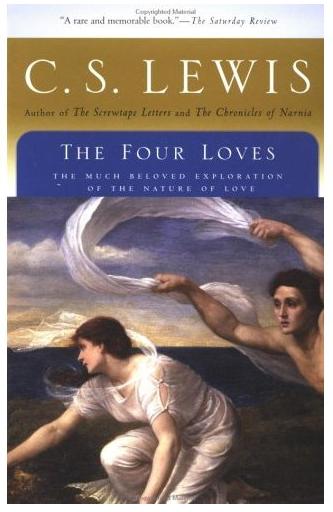 My copy of The Four Loves is almost entirely hi-lighted, and it is one of the few books that I could read numerous times, and always glean something new. 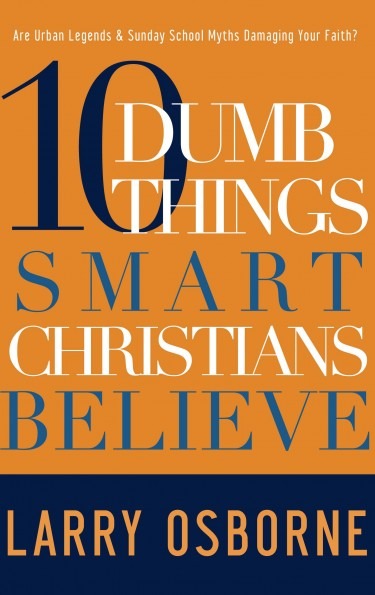 Despite the irreverent title, this book takes an intelligent look at ten of the spiritual myths commonly held by modern Christians. Each chapter of the book explores and then dispels a widely held belief, such as “faith can fix anything” and “everything happens for a reason.” As you might expect from the title, 10 Dumb Things. . .  is not for the faint of heart, and regardless of where you are on your faith journey, you can expect your ideas about Christianity to be challenged.

Having grown up in the Church, I had always thought my personal faith to be firmly rooted in Scriptural doctrine, and was surprised to realize that I had bought into many of these spiritual urban legends. I read this book as part of a Bible study, and not too surprisingly, many members of the group disagreed with Osborne on a number of points. Whether or not you fully embrace all of Osbourne’s ideas, his words will encourage you to reexamine what you believe, and why you believe it.

Jesus Calling is a daily devotional that began as a prayer journal: missionary Sarah Young wanted to be more attentive to God’s voice, so she began writing out the words the Spirit spoke to her through various passages of Scripture. Written from the point of view of Jesus (hence the title), Jesus Calling is a powerful devotional that offers daily doses of hope, encouragement, and spiritual rest.

I was first introduced to Jesus Calling when I was in an inpatient treatment center for my eating disorder. One of the other residents had brought her well-worn copy with her to treatment, and she got into the habit of reading the daily devotion to our group each morning during breakfast. Those powerful words lifted all of us up during that trying time, and Jesus Calling continues to encourage me today.

I also love the children’s version, which has the same content as the adult version but has been adapted for younger readers. Though it’s designed for kids, I have benefitted from it as an adult, and enjoy reading it in conjunction with the original devotional.

Faith and Doubt, by John Ortberg 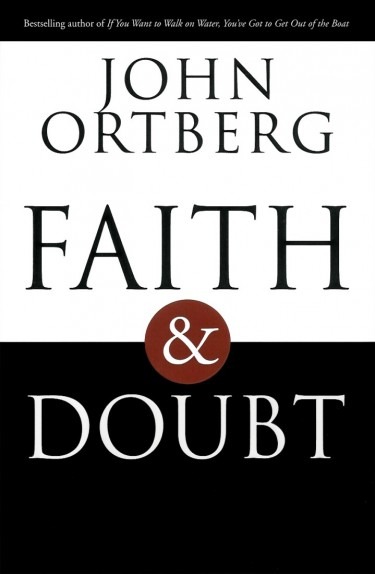 Many Christians are afraid to admit to having doubts. We perceive doubt as being the opposite of faith, and believe that true faith leaves no room for doubts. However, in Faith and Doubt, pastor John Ortberg argues that the very nature of faith assumes some uncertainty, and after admitting to having doubts of his own, Ortberg offers several compelling reasons for why he chooses to embrace faith in the midst of his doubt.

I stumbled upon this book at a time in my life (full disclosure: very recently) when I was struggling with doubt, and wondering what that meant for my life as a believer. This book reassured me that my doubts were not only acceptable, but could even be beneficial, expanding my understanding of God and leading to a more profound and honest trust in God.

The Unlikely Disciple: A Sinner’s Semester at America’s Holiest University, by Kevin Roose 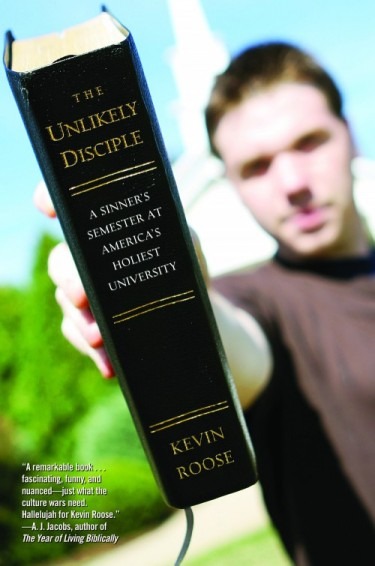 The Unlikely Disciple journals the experiences of Kevin Roose, a non-religious sophomore from Brown who spends a semester “under cover” at one of the nation’s most conservative Christian universities. Roose finds himself immersed in an entirely foreign culture, complete with prayer meetings, evangelistic missions trips, and Christian hip-hop concerts. Most surprisingly, Roose discovers that the evangelical students at his new school aren’t all that different from him.

I was skeptical of this book at first, concerned that it would be one-sided and condescending to Christians. However, Roose’s sincere curiosity and self-deprecating humor quickly won me over. With its phenomenal writing, respectful criticism, and unique outsider’s perspective on Christianity, this is a must-read for any Christian wanting to become a more effective witness in a secular world.

Love and Respect, by Emerson Eggerichs

Over the course of our relationship, Luke and I have read several relationship books, most of them faith based. Love and Respect is the book that has most profoundly transformed the way we relate to one another.

Based on Ephesians 5:33 (“each one of you also must love his wife as he loves himself, and the wife must respect her husband”), Love and Respect examines the different communication styles of men and women and demonstrates the power of unconditional love (for a wife) and unconditional respect (for a husband). Eggerichs uses anecdotes from his own marriage, and examples from other couples, to illustrate Biblical and psychological insights into the needs and desires of both men and women. I am thankful to have read this book before entering into marriage, and Luke and I continue to recommend it to every couple we know. 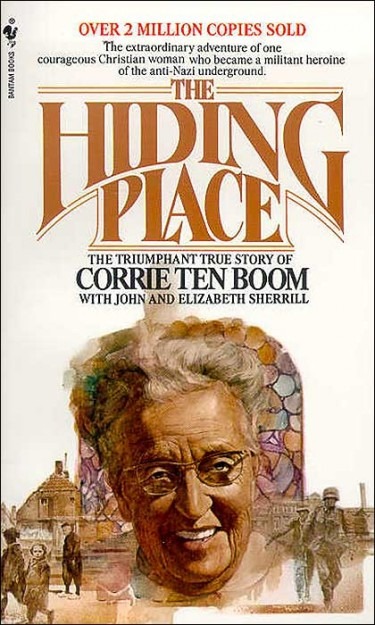 I conclude my list with what is probably my favorite book of all time. The Hiding Place is the true story of Corrie Ten Boom, a devout Christian living in Nazi occupied Holland during World War II. Corrie and her family become active in the Dutch underground, which leads to their being imprisoned by the Germans. Even the horrors of life in a concentration camp cannot squelch the radical faith and compassionate spirits of Corrie and her sister, and their inspirational story of courage and strength is without equal.

I was first introduced to this book when I was in high school, and was profoundly affected by Corrie’s testimony. Since then I have cited Corrie Ten Boom as my spiritual role model and hero.

Have you read any of the books on my list? If so, what did you think of them? Would you agree that they are worthy of five stars? What books would make it onto your own list of five-star faith-based books?