Fourteen Things I Learned in February {2017}

It’s been more than three years since I first began a monthly practice of reflecting on what I’ve been learning. I was introduced to the idea by Emily Freeman, who at the time hosted a monthly linkup for bloggers to share what we’d learned in the previous weeks. Emily has since shifted to sharing seasonally, but I’ve found that monthly reflection works better for me. (These monthly posts are already pretty lengthy; can you imagine how long they would be if I only shared them once per quarter?!)

This series is one of my favorite things I share here on the blog, not because of the posts themselves (though they are fun to write), but due to the ways that sharing What I Learned has woven its way into how I walk through my daily life. I keep an ongoing What I Learned list in an Evernote file on my phone, and the presence of that list nudges me to notice things, heightening my awareness of what’s taking place around me and within. I pay more attention to the things I read, the conversations I’m having, and the shows I listen to, just waiting to capture a new factoid to add to my list. My quest for deeper personal insights also prompts me to spend more time reflecting on what’s going on in my brain and my heart.

The types of things I’m learning (or at least, that I’m willing to share) varies from month to month, but regardless of the lists themselves, I am ever thankful for this practice and its influence on my approach to life. 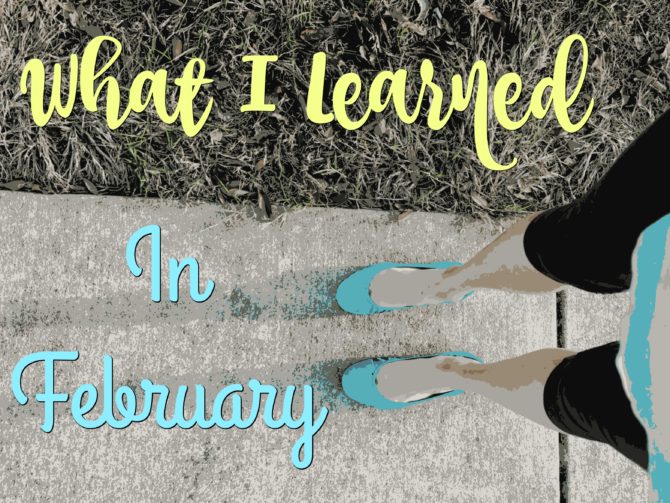 1. We all have different-sized plates.

It often seems like all the people around me (especially my fellow mamas) are able to juggle many responsibilities and obligations without batting an eye. Meanwhile, I have difficulty staying afloat with my own comparatively small caseload. On my not-so-great days, I begin to chastise myself: Their plates are so much fuller than mine and they are coping just fine—something must be wrong with me.

In a recent Focus on the Family podcast with the authors of the book Overwhelmed, I was reminded that we all have uniquely-sized plates. That mom I’m measuring myself against might have more going on in her life, but her plate happens to be bigger than mine and is therefore not overflowing; in contrast, my own smaller plate is filled to capacity with far less. This reminder has been so helpful to keep in mind when I start playing the comparison game and am finding myself on the losing end.

2. The reported divorce rate among couples who regularly pray together is 1 in 10,000.

If that’s not a good motivator for Luke and me to spend more time praying together, I don’t know what is!

A friend from church had a baby last month (her fourth under four!) and I had signed up to bring her a meal. The morning of the day I was scheduled to bring dinner, I decided to text her just to confirm the date and time. It turns out that our meal train calendar had slipped her mind and her family had something else scheduled that evening. We were able to rearrange dates, and I was SO glad that I had thought to touch base with her and hadn’t inadvertently delivered a meal to an empty house!

In honor of Canada’s 150th birthday, all 47 of Canada’s national parks will offer free Discovery Passes for all visitors (including non-Canadians) for the duration of 2017. In total, the pass gives access to 171 national parks, marine conservation areas, and historic sites. Our family doesn’t have a trip to Canada planned for this year, but if we did, you can bet we’d be taking advantage of this awesome deal!

5. Don’t miss out on an opportunity to witness beauty; open the blinds!

We had a huge thunder storm last week. It came late at night, but I hadn’t gone to bed yet and was sitting on the couch, listening to the crashing thunder outside. Our blinds were closed, but I decided to open them up to watch the storm—and I was treated to about an hour of beautiful, nearly-constant lightning flashes. It was a fantastic sight and one I would have missed if I’d left my blinds closed. #LifeMetaphorIntended

6. It’s not a good idea for me to go on social media at night time.

Like most people I know, I have a bit of a love/hate relationship with social media: I’m thankful to the platform for allowing me to connect with family and friends, especially those who live far away, but Facebook, Instagram, and Pinterest can be a huge time suck for me, and when viewed in the wrong moments, can feed into my personal insecurities and subsequent anxiety and depression. I’ve found that I don’t have these problems when I view social media during the day, but it’s a different story at night time, when my personal filters are taxed and my defenses are down. Since having this realization I’ve been trying to stay off of these platforms after 10:00. I’m not always perfect at it, but am always happier when I stick to this rule.

7. I’m not alone in my not-so-secret obsession with personality models.

I’ve been amazed by the great response to my recent personality series; I had no idea that others were just as enthusiastic about this pet hobby of mine! Since the subject seems to be a hit with many of my readers, I will definitely be dedicating more posts to all things personality in the future. 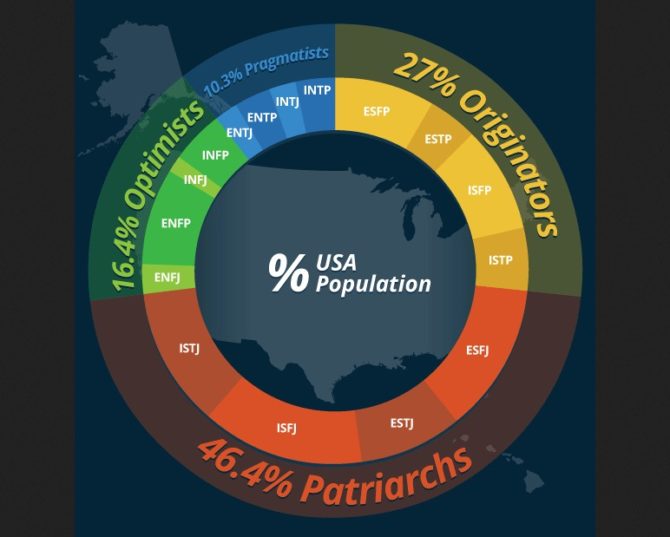 8. Even as an adult, rejection really hurts.

I had hoped that rejection was something that would get easier with age, but it doesn’t. At the start of the year I applied to be part of the writing team for a popular parenting website, and I got an email this month letting me know that my application was not accepted. The writing gig wasn’t something I’d had my heart set on, and I definitely hadn’t expected to beat out the hundreds of other applicants, but the rejection still stung. It’s not easy to keep from taking this sort of thing personally, and the experience is reminding me that I have a lot of work to do in the self-esteem department.

9. Being vulnerable in my writing is a really good thing.

It was uncomfortable for me to open up about my recent struggles with anxiety, but I was blown away by the incredible feedback I received in response to my post. The supportive comments, emails, and text messages reminded me that I am not alone in this journey and that there is so much healing power in simply exposing our struggles and allowing others to help shoulder the burden. I was also humbled by how many of you were willing to share your own stories with me, thus adding to my arsenal of inspirational stories to reflect upon when I need a boost of encouragement.

10. High schools are starting to make napping a priority.

After numerous studies highlighting the importance of sleep in adolescents, and a failure of most teens to meet the recommended 8.5-9.5 hours of nightly sleep, schools are taking matters into their own hands. Some schools have started nap clubs while others have students sign sleep contracts in which they agree to head to bed at a designated time. Many schools have even created special sleeping rooms where students can nap in a dark, recliner-filled room between classes. When I was in high school, it was not uncommon for me to sneak away to my truck during lunch to catch a quick nap, so I know I would have utilized and benefited from a designated sleep spot.

11. The average age for outgrowing your IKEA furniture is 34.

If this study is an accurate indicator, Luke and I are on the cusp of being too old for IKEA-themed home. We are also now (apparently) too old for Crate and Barrel and should be spending our furniture dollars at West-Elm and Willams-Sonoma. Unfortunately, as a single-income family, not to mention the presence of a busy toddler literally jumping all over our furniture, I highly doubt we will be making any West-Elm purchases in the near future. 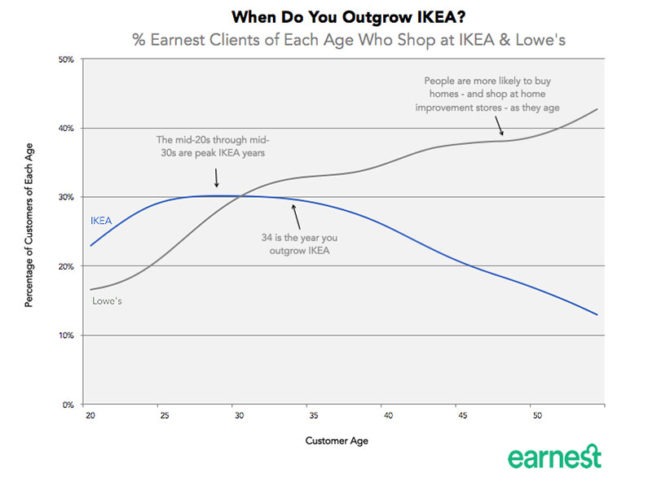 She was his best friend’s mother! This fact came to me courtesy of Kendra (The Lazy Genius) who is hosting a fun weekly series where readers vote on our favorite famous names, such as, Who is our favorite Patrick? (To my surprise, Stewart beat out Dempsey. Maybe we were all a little weirded out by Patrick Dempsey’s cougar proclivities.)

13. The song Closing Time is NOT about what I thought it was about!

Though it is partly about people leaving a bar at closing time (as I’d assumed), it was also meant to be a metaphor for a child being sent forth from the womb in anticipation of labor! If you happen to be pregnant and trying to naturally induce labor, try playing this song to your belly. . . or maybe not, no need to introduce your baby to the bar scene before they’re even born.

We’ve been regular attenders at Northpoint since last May, and I simply can’t say enough good things about this church we now call home. Northpoint identifies as “a church that unchurched people want to attend” and I love the general enthusiasm for sharing Jesus with new believers. It’s smaller than churches we’ve attended in the past, which has some great advantages: we’ve been able to become active volunteers very quickly, and this month I stepped into a new leadership role that I’m pretty excited about. Because of the smaller size, our head pastor, Buck, is able to visit each of the in-house community groups to directly share his story and answer questions. Buck’s visit to our group last week was such a great experience that has me even more excited to be a part of all that God is doing in Austin! 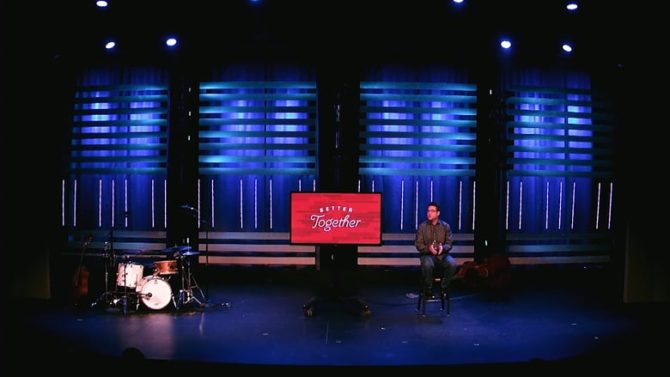 I am linking up with Emily Freeman to share what we’ve been learning lately! If you’d like to begin this practice of reflecting on what you’ve been learning, but are unsure where to start, check out this awesome post in which Emily shares how she keeps track of what she’s learned.