It’s time for Part Three of our exploration through some of the more popular personality models. The last two personality systems we discussed (Myers-Briggs and The Enneagram) were both models I’ve studied quite a bit on my own. Today we’re looking at The Big Five, which until recently I knew very little about.

The Big Five is a lot less well-known than some of the other models, but in scientific circles, it is the most widely accepted and used model of personality. Since I’m still so new to this model, I learned a lot while putting this post together, and I’m excited to share what I found! 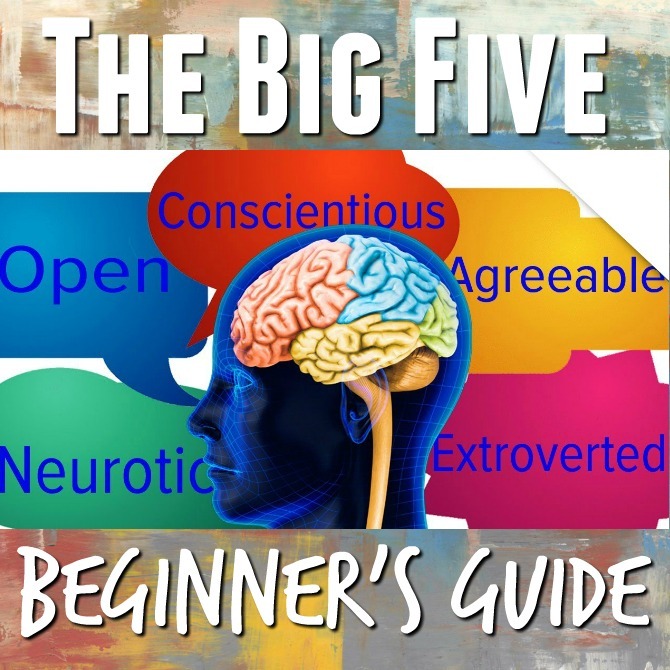 The Big Five (also known as the Five Factor Model, or FFM) was originally developed by several independent sets of research teams who conducted in-depth analysis of thousands of participant questionnaires. Through these studies, the researchers determined that most human personality traits can be boiled down to five broad dimensions of personality: openness to experience, conscientiousness, extraversion, agreeableness, and neuroticism. These five underlying traits make up every individual’s personality, regardless of language or culture, and beneath each global factor is a list of frequently associated traits. It’s interesting to note that the researchers did not set out to identify these five factors, but that they emerged organically from the data.

A Few Things Worth Noting

As with all of these personality models, there are a number of free online tests you can take to help you learn more about your personality. Here are three that I’ve found and liked: Option One (the quickest test), Option Two, and Option Three (the most thorough of the three).

Since I’m still very new to this personality model, I don’t have any go-to resources yet that I can recommend. However, a quick Google search of Big Five Personality Traits, will take you to a number of articles and links to studies related to the model. I know that I personally would love to learn more from some more trusted sources, so if you aware of any books or websites dedicated to the Big Five, please send the my way!