“You are God’s workmanship.” It’s a phrase (lifted from Ephesians 2) that’s been running through my head in recent weeks, a lifeline that has been carrying me through days when I feel less than—less than good enough, less than worthy enough, less than I was made to be.

I’ve made no secret of the fact that I’ve engaged in a decades-long battle with insecurity, and the internal name-calling and self-shaming has been especially loud of late. Instead of accepting defeat, I’ve been countering with a message that is louder and truer than the lies, a message saying that I AM GOD’S WORKMANSHIP, His handiwork, His masterpiece; He made me, He loves me, and that is enough. I know this to be true; and still, I struggle to fully believe.

I spent the month of June dwelling in the shelter of the Most High. More than any of my other monthly verses, this one spoke to my soul. As I spent time resting in the shadow of His wings, I came to a new understanding of myself and my identity and where I’d been going wrong: in attempting to accept myself and the truth about who God says I am, I had been focused on me. I would remind myself that God was with me, that He was for me. This truth was enough to keep me afloat, but it wasn’t allowing me to thrive. I realized that, in order to fully embrace my identity as HIS workmanship, I needed to shift my focus from me as created, to God as creator. 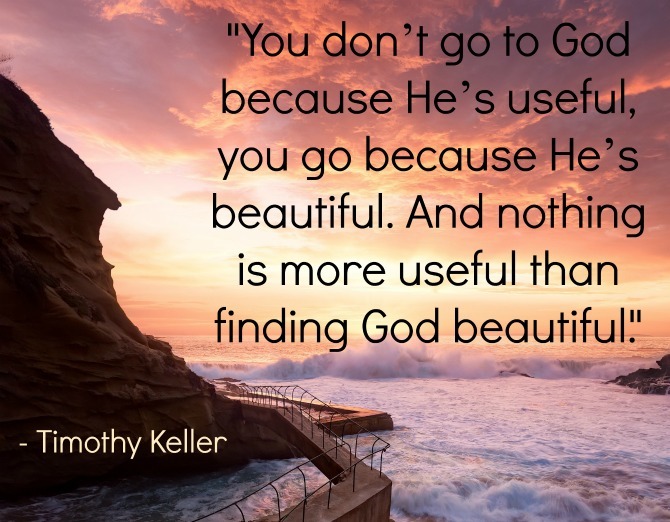 Have you ever looked at a painting and wondered what was going through the artist’s mind when he was painting it? I have. In fact, I have a hard time looking at a piece of art without imagining the person behind it: what was the artist’s story? How much of himself did he paint into that canvas? Sometimes I get the opportunity to learn the piece’s backstory, and it helps me to understand and appreciate the painting at a deeper level. Even a painting that doesn’t appeal to my personal taste can become meaningful and beautiful when I know how and why it was made.

I believe that this is true for us, as God’s children. He created us, and in order to fully understand who we are as HIS masterpieces, we must become acquainted with our maker. As we spend time with Him (and not just asking Him to be with us), we understand His heart behind creating each of us as we are. And when we embrace our identity as His, the shackles of shame and insecurity begin to fall away. 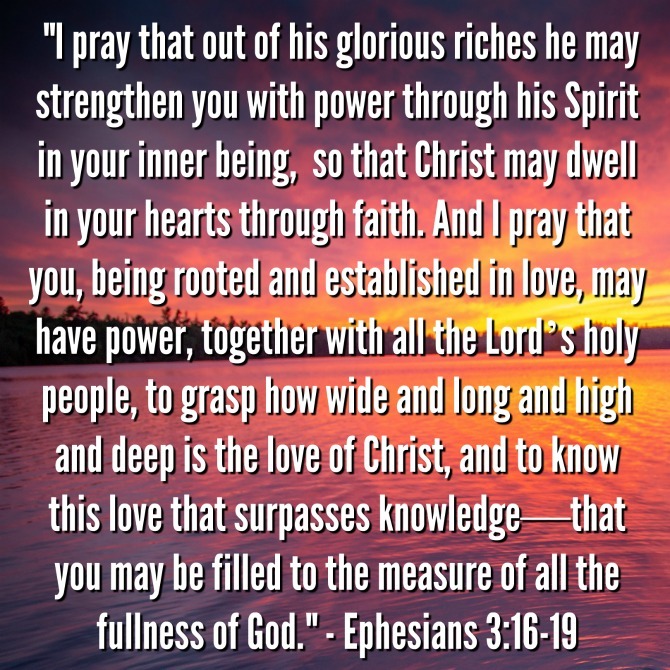 My verse this month speaks of the love of Christ: it is wide, long, high, deep, surpassing all knowledge. This love is at the core of who our Father is, and it is this love that informs who we are as His masterpieces. Christ’s love that is in us has the power to eviscerate the lies that threaten to take us down. When we rest into the Lord and become firmly established in His love, we reflect His glory and are emboldened to embrace our status as the handiwork of the Most High God.