Isn’t summer wonderful? Sometimes I wonder why we bother having any other seasons, as summer is so clearly superior to the rest of them. I suppose a summertime Christmas might be a bit strange, but other than that, I could definitely go for a year-round summer. I’m still working on convincing my husband that we need to move closer to the equator; until them, I will savor these glorious summer days while they are here. I hope that you are all enjoying the shorts (and bathing suit?) weather, long summer evenings, and delicious summer fruit as much as I am! Here are a few other things I have been into this month. 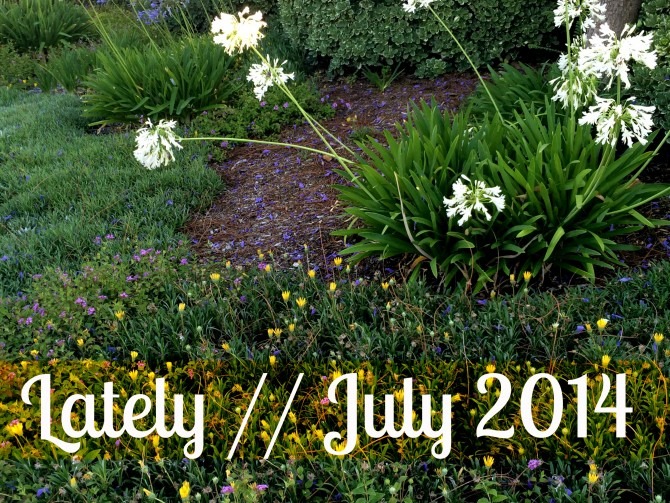 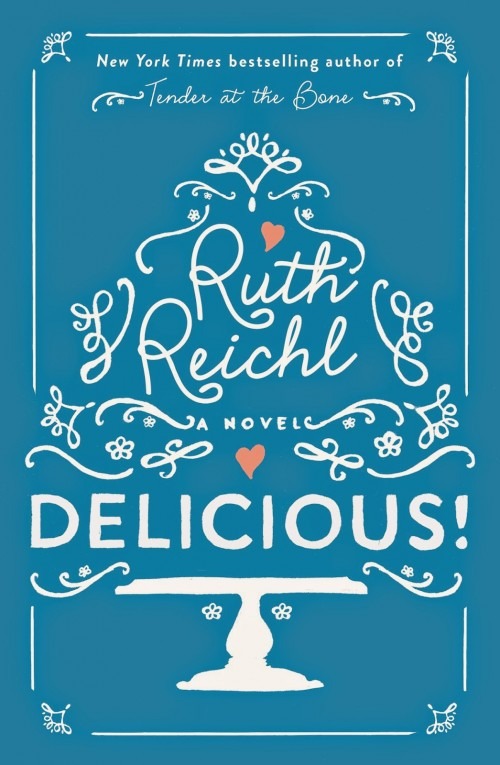 I just finished Delicious!, the much anticipated first novel from former Gourmet editor Ruth Reichl. The novel’s protagonist is Billie Breslin, an employee at Delicious magazine who stumbles upon a hidden collection of letters written to the magazine’s editor by a young girl during World War II. This book is hardly original, but I really enjoyed it: the story is engaging, the passages describing food are poetic, and the historical element is intriguing and believable. Although the plot was predictable and the characters a bit too stock, this was nevertheless a “delicious” read. (I’m sorry/not sorry for the pun.) 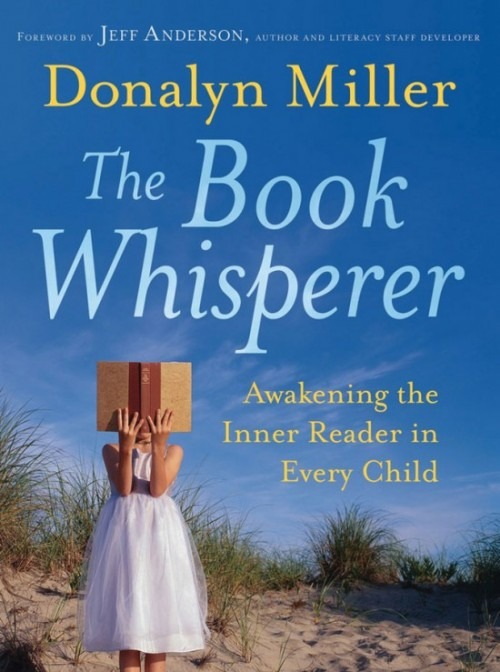 I read The Book Whisperer  in preparation for a literature class I will be teaching this fall. Donalyn Miller is a sixth-grade teacher, and a huge advocate of fostering a love of reading in her students. This book was a bit of a paradigm-shifter for me, and I will definitely be implementing her unexpected – but inspiring! – suggestions for developing a book-centered classroom. This is an excellent resource for teachers, as well as parents who want to ignite a passion for reading in their own children. 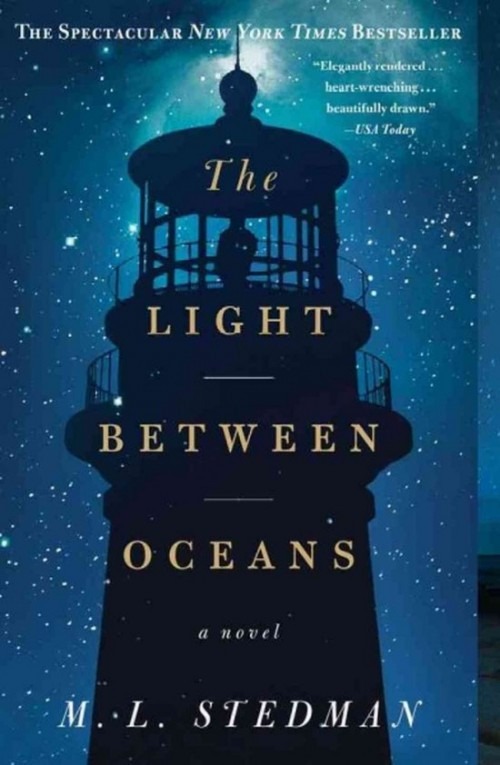 I am currently half way through The Light Between the Oceans, a novel about an Australian lighthouse keeper and his wife in the years following the first World War. When a boat washes up on the shore of their isolated island, carrying a dead man and a living baby, the couple decide to keep the child and raise it as their own. Though I’m concerned with the direction this heart-wrenching story might take, I am captivated by the mesmerizing narration and am impressed with the author’s dexterity in navigating this emotionally complex plot. 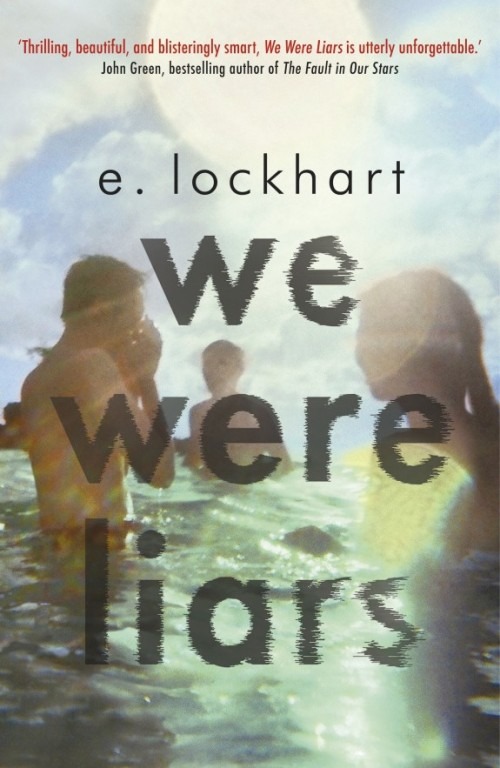 As part of my mission to read as many YA novels as possible this summer, I picked up the audio version of We Were Liars from my library. Hailed by many as the best YA novel of the summer, the book is narrated by Cadence, a teenager from a wealthy family who spend their summers on a private island. During her 15th summer, Cady suffered a traumatic accident that she remembers none of. Now, at 17, Cady has returned to the island and must confront her past. I really wanted to like this book but didn’t care for the narrator or her story. I was also a bit shocked by the level of profanity in a book written for younger readers. There are some interesting themes, and I was drawn into the story because I wanted to know what would happen, but in the end it sort of fell flat. 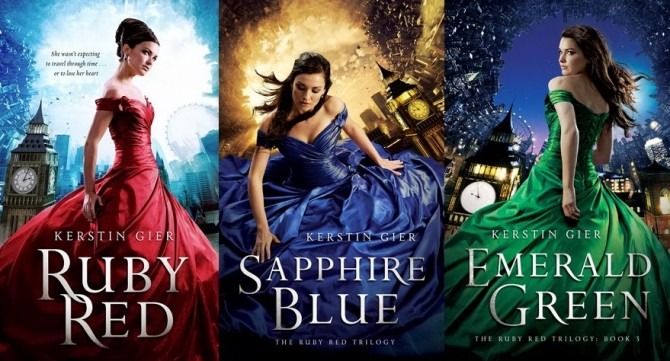 As I mentioned before, I’ve been working my way through the Ruby Red audiobooks and am loving them. The trilogy is about a British teenager who unexpectedly discovers she has a gene that enables her to travel back in time. The series has a great balance of humor, fantasy, and romance, and though the first book is undeniably better than the second, I have high hopes for Book Three (which will hopefully become available at my library very soon!). 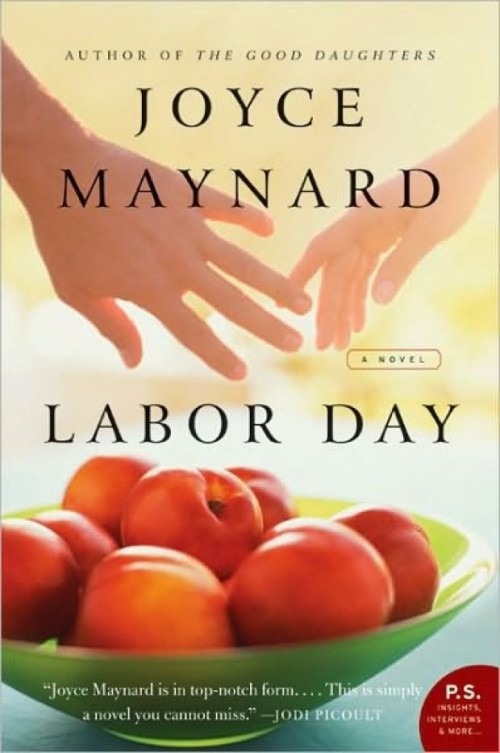 Though I haven’t seen the movie Labor Day, I remember seeing the trailers when the film came out and was intrigued by the premise. When I discovered the movie was based on a book (it seems like all of them are these days) I knew I had to read it. On a Labor Day weekend during the 1980s, 13-year-old Henry and his agoraphobic mother inadvertently find themselves harboring an escaped convict named Frank. As the weekend progresses, Frank works his way into their lives and their hearts and none of them will ever be the same. The premise of this book is so good, but the book itself was terrible. The story seemed to revolve completely around sex: Henry’s own sexual curiosity, his mother’s frank sexual discussion, Frank and Adele’s sexual escapades. . . I was expecting a suspense novel but instead was met with a perverse coming of age story. Despite my disappointment with the book, I do still want to see the movie, just to see how the two compare.

Luke and I are still working our way through Psych and Boy Meets World (and doing lots of laughing!), so there’s not much new to report on the television front. However, I was sick this month and spent a couple of days on the couch, watching one movie after another. In addition to some old favorites (Disney’s The Hunchback of Notre Dame holds up very well over time, in case you were wondering), I watched some new-to-me films as well. 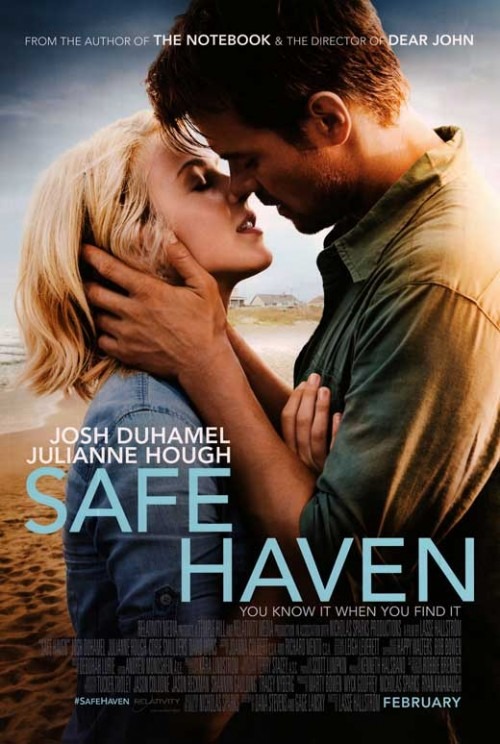 I generally don’t care for Nicholas Sparks’ novels, but I do like the movies that are based off of them. (The Notebook is one of my all-time favorite movies, even though I hated the book.) And as anticipated, Safe Haven did not disappoint. Parts of this movie were admittedly pretty cheesy, and though I really like Julianne Hough and Josh Duhamel, their acting wasn’t very good. But there were some interesting plot twists and the end was a tear-jerker, but sweet. It was also fun to see Cobie Smulders (aka Robin from How I Met Your Mother) – I love her! 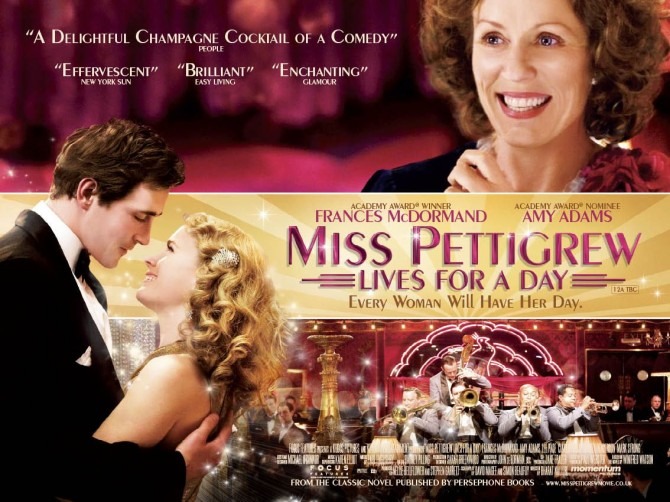 Miss Pettigrew Lives for a Day is one of Modern Mrs. Darcy‘s top recommended books, and though I haven’t gotten around to reading it yet, it is now high on my to-read list after seeing this charming film about a homely nanny who stumbles into the fast-paced world of an aspiring star. This is a delightful story with everything I love in a movie: beautiful costumes, a historical setting, a touch of humor, and a sweet love story. Amy Adams is amazing, as always, and Frances McDormand was perfect as Miss Pettigrew. 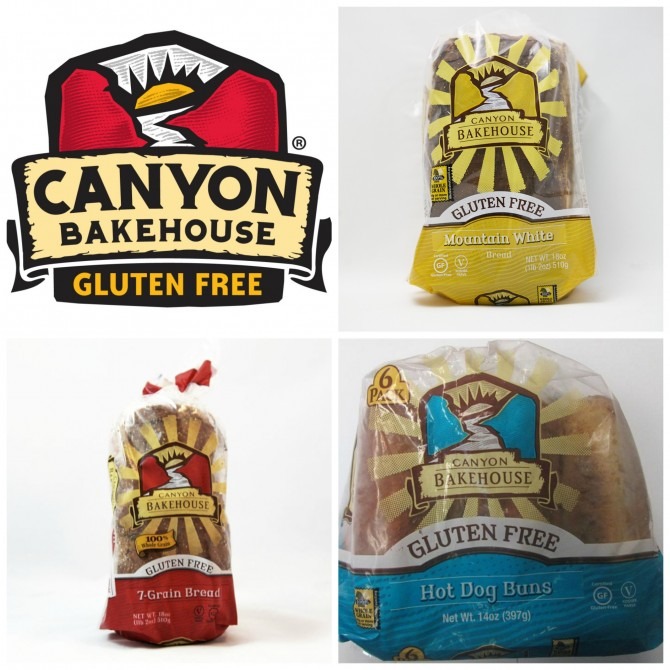 Eating Bread! // After more than two years of searching, I have discovered a gluten free bread that is not only tolerable, but might actually be better than the real thing! The products from Canyon Bakehouse are pretty much the best thing that has happened to me since cutting gluten from my diet. I’ve tried a few varieties of their sandwich bread – all delicious – and I’m currently having a love affair with their hot dog buns: not with hot dogs in them, just the buns themselves, toasted (although this is the first gluten free bread I’ve tried that’s totally edible untoasted!). If you don’t eat gluten and are missing the wide world of sandwiches and toast, I highly recommend Canyon Bakehouse products. 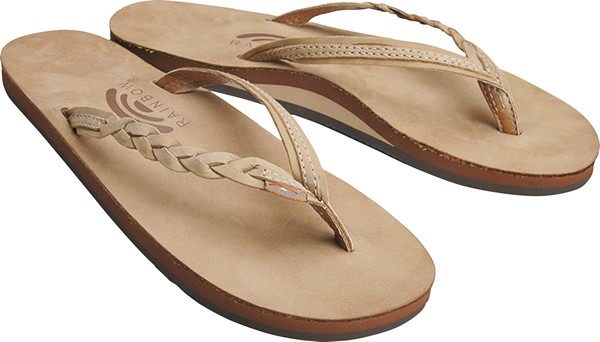 Rainbow Sandals // Luke bought me my first pair of Rainbow sandals when we were dating, and six years later, that first pair is still totally functional, but looking a bit . . . rugged. So, for Christmas last year I asked for a new pair, deciding to go the nontraditional route with this flirty braidy style. Unfortunately, the pair I received was perfectly cute, but a bit big. It took me seven months to get myself to the mall to exchange them for the proper size, but I’m so glad that I finally did it in time to enjoy my sandals for summer! (Because, unlike my husband, I do NOT wear flip-flops year-round. The second the temperature drops below 75 degrees, I’m totally a boots girl.) 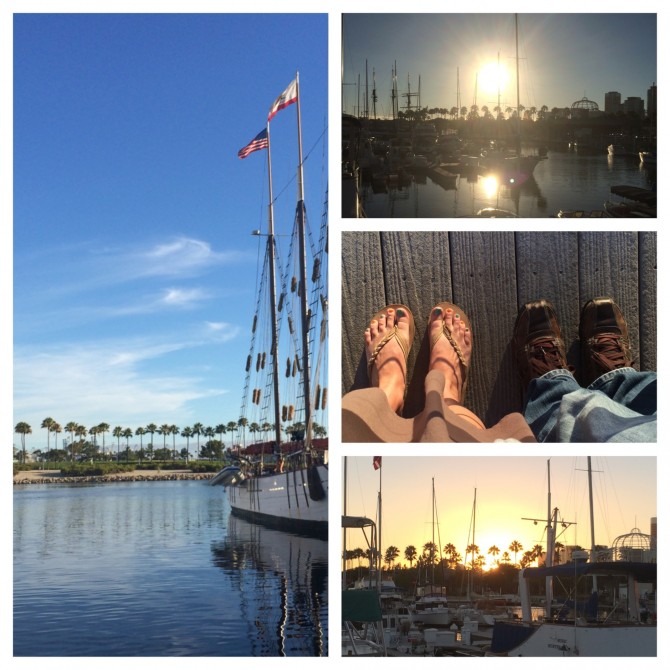 Date Nights with my Husband // Luke and I tend to be homebodies (read: we are probably the most boring couple you know), but with these beautiful summer evenings, we’ve been making an effort to get out more. We’ve enjoyed a few local dinner dates, and last week we spontaneously decided to head to Long Beach for the evening. The only time I’m ever really in Long Beach is for the Long Beach Grand Prix, so this was a much different (calmer!) atmosphere than I’ve come to expect from the city. Luke and I enjoyed a walk along the harbor and a lovely dinner (during which I learned that I do not like tabouleh), followed by some quality time in the biggest used bookstore I’ve ever seen. Then we hurried home, just to reassure our couch that we hadn’t abandoned it!

I’m linking up with Leigh Kramer and several other bloggers to share the things that we are currently into. Head on over to her site to see what others from around the blogosphere are digging this month!