The month of April is drawing to a close, which means it’s time for me to share what I have learned over the last thirty(ish) days. From random pieces of trivia to more profound lessons, here are a few things the month of April has taught me. 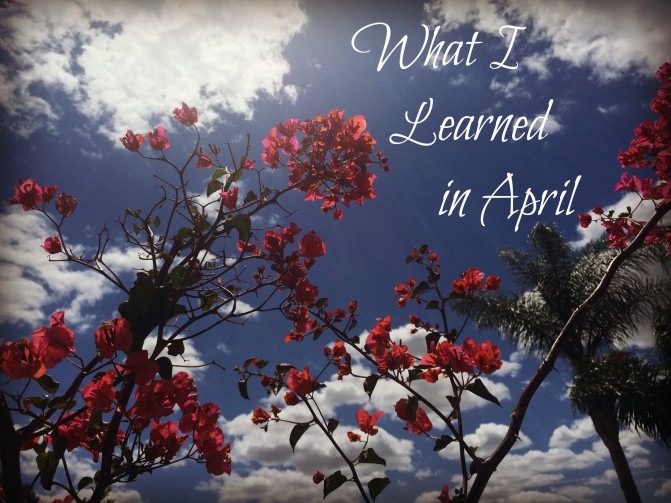 1. I never feel more at peace – and more connected to God – than when I am in the mountains. I’ve known this for awhile, but a weekend retreat in the San Bernadino mountains this month reignited my passion for the beauty of God’s creation. 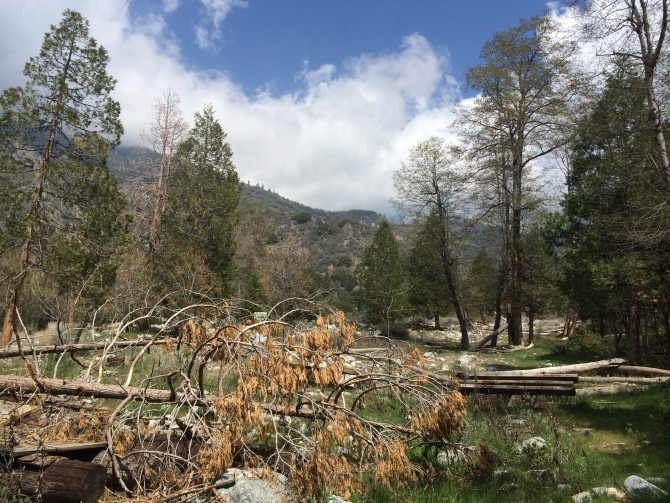 2. Sometimes it takes a stranger to help us more fully know the people who are closest to us. While at the aforementioned women’s retreat, I was seated at breakfast with my mom and one other woman. As the conversation deepened, the woman asked us about our experiences of coming to know Christ, and as my mom began to share, I realized that I had never heard (or thought to ask about) her entire testimony. What a blessing that woman’s question proved to be!

3. No matter how old I get, I still treasure one-on-one time with my dad. Beginning when I was in junior high, my dad and I have had a standing date at the Long Beach Grand Prix. This year was our fifteenth year of races, and though I’m not normally a “car person,” I look forward to this event every year and love that my dad and I have this wonderful father/daughter tradition.

4. Sometimes, another writer is better able to articulate my personal experiences and emotions than I ever could myself. This article about recovering from an eating disorder so perfectly described my own experience with anorexia, I felt as though I was reading passages from my own journal. The article begins, “It feels like someone is ripping your insides out and taking away your identity.” I could not agree more. 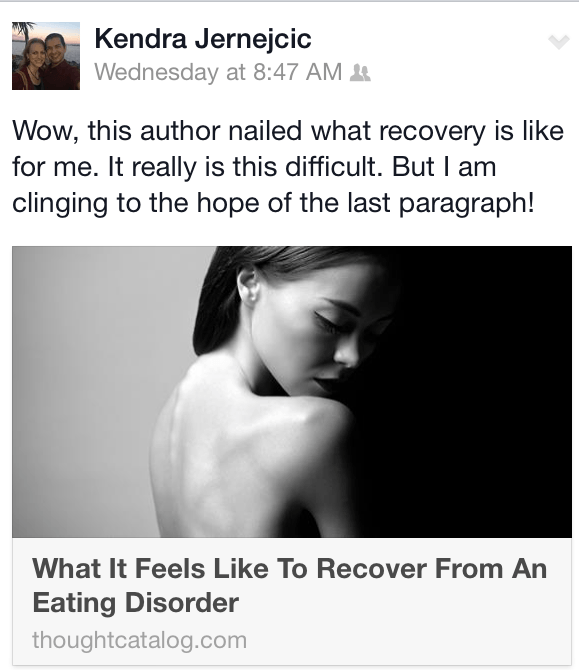 5. Because it resonated so deeply with me, I shared that article on Facebook. This was a huge step for me: as I wrote in my post on authenticity, I have a hard time being transparent about my current struggles, and though I wish I could say that my eating disorder was a thing of the past, it is very much an ongoing battle for me. However, the incredible feedback I received when sharing this article reinforced my belief that we are a society that craves authenticity, and it has encouraged me to be more open about this part of my life.

6. Flowers are my love language. And my husband has been doing a great job of making me feel loved! Our dining room table has not been without a beautiful bouquet of flowers all month, and the sight of them never fails to bring a smile to my face. 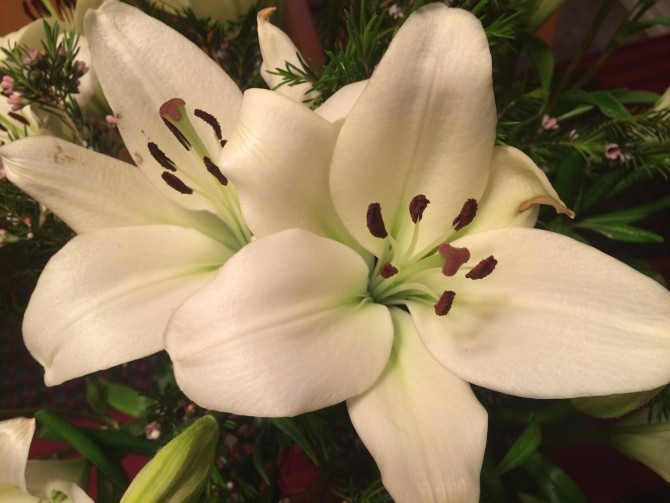 7. Easter seemed really late this year, but I learned that Easter can actually be as late as April 25 (and as early as March 22). I had always assumed that the Easter date changed in order to coincide with the Jewish passover, but it is a bit more complex than that: since the year 325, Easter has always been held on the first Sunday after the first full moon occurring on or after the first day of spring.

8. Egg salad is always good, but it tastes even better when it is made with dyed Easter eggs. Also, I will never outgrow the tradition of dying eggs. 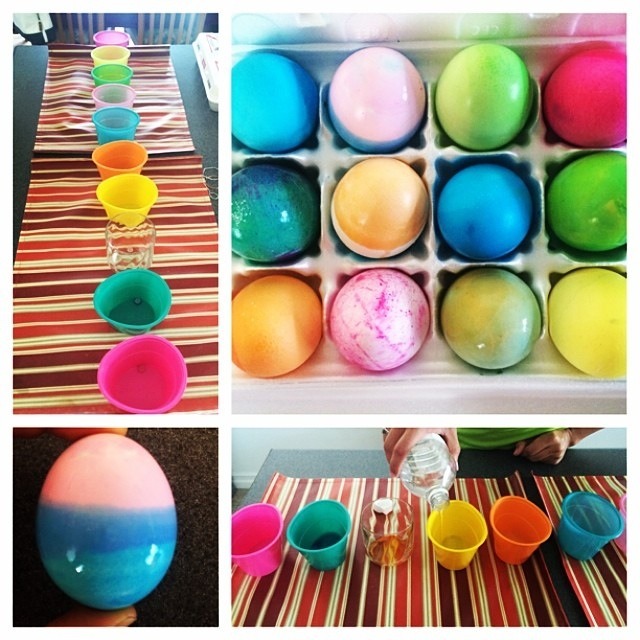 9. The phrase “Keep Calm and Carry on” originated as part of a British motivational campaign during the Second World War. The poster was third in a series of three. The previous posters read, “Freedom is in Peril. Defend it with All Your Might” and “Your Courage, Your Cheerfulness, Your Resolution Will Bring us Victory.” Because these first two posters were ineffective at boosting morale, the “Keep Calm” posters had limited distribution with no public display. The phrase remained virtually unknown until the year 2000, when an old poster was discovered in a box of used books.

10. According to a Facebook ad that recently showed up in my feed, my maiden name is keeping me from keeping calm. 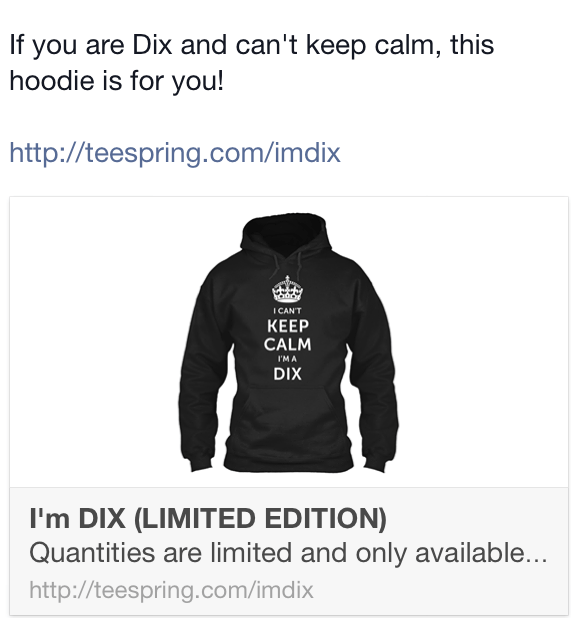 What did you learn this month? Share your April lessons with me in the comments! And head over to Chatting at the Sky to read about the the fun, funny, and fabulous things other bloggers learned in April.