Let the mourning period begin . . . summer is officially over, and it’s time for me to get back to “real life,” with work and a schedule and having to dress myself in something other than shorts and flip-flops. Sigh. But as much as I’ll miss the hot, laid-back summer days, part of me is actually excited for the start of autumn: the prospect of wearing scarves and boots again, and of indulging in all things pumpkin, definitely makes this transition a bit easier! Before we dive head-first into September, let’s take a moment to reflect on what we’ve learned over the last month. Here are some things that I learned in the month of August. 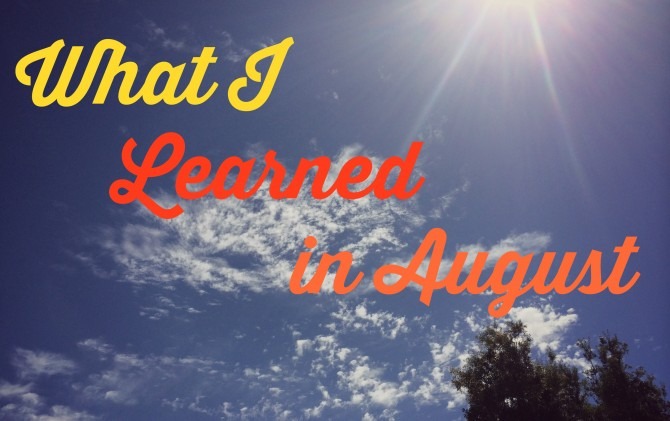 1. In the 1950s, human rights activist Malcolm X gave himself the surname “X” because it would guarantee he was not using the name of a former slave owner.

2. More name trivia (I can never get enough!): author Nathaniel Hawthorne changed the spelling of his last name to hide his relation to John Hathorne, the only judge involved in the Salem witch trials who never repented of his actions.

3. Speaking of names, I’m learning just how difficult it can be to choose the perfect baby name. I’ve been compiling lists of favorite names for most of my life, but now that we (will soon) have an actual child in need of a name, settling on one that Luke and I both love is proving to be a challenge. I’m hoping it gets easier once we know the baby’s gender and aren’t sorting through names for both boys and girls.

4. Actor James Garner died just one month before his 58th wedding anniversary with his wife Lois. I will always associate Garner with the movie The Notebook, so I was touched to learn “Old Noah Calhoun” had an enduring marriage off screen as well.

5. As a big Lost fan, I was excited to stumble upon this list of 85 Things You Probably Don’t Know About Lost. Some of the most intriguing: Michael Keaton was considered for the roll of Jack (who was initially slated to die midway through the pilot episode), and Forest Whitaker was originally cast as Sawyer.

6. The story of Cinderella was a Chinese fairy tale nearly a millennium before it became a popular European folk tale. The Chinese beginnings explain why Cinderella’s tiny feet would have been considered the height of beauty.

7. J.K.Rowling, author of the Harry Potter series, believes that Hermione should have married Harry instead of Ron. I love Ron and Hermione together and was shocked to hear this perspective from the author herself!

8. My soon-to-be sister-in-law, Amairany, invited my mom and me to join her in shopping for my brother’s wedding band.  As much as I love wearing jewelry, I know very little about it, so this was a great educational experience! We learned all about the pros and cons of different metals, and I was shocked to learn that tungsten has been known to shatter, and that titanium rings are almost impossible to cut off in the event of an emergency. I won’t spill the beans on Amairany’s decision (she’s surprising Austin with the ring at the ceremony), but I think she made a good choice!

9. The original Swedish title of The Girl with the Dragon Tattoo was “Men Who Hate Women.” I think that title might have been more fitting. (Definitely not one of my favorite books.)

12. In the interest of being authentic, transparent, AND genuine . . . I’m learning that body image issues don’t suddenly disappear when a woman becomes pregnant (at least they haven’t for me). As excited as I am to become a mother, and as much as I already love the little person growing inside of me, it’s been a struggle to experience the inevitable changes taking place in my body. Each day I have to remind myself that right now, my body is not my own—it is serving as the home for a very precious, very vulnerable little being—and it is my responsibility to love and care for my child by taking care of myself. Reading through this book (co-written by an eating disorder expert and a recovered anorexic) is definitely helping. So is celebrating my new shape with weekly belly shots! 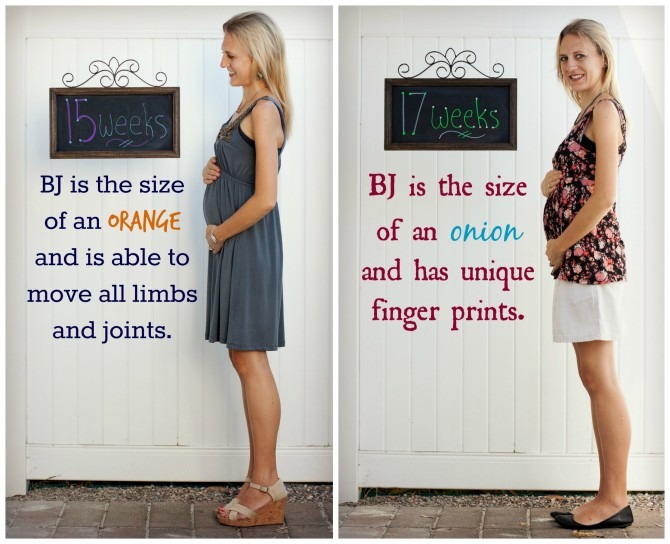 I’m linking up with Emily from Chatting at the Sky to share the things we’ve learned in August. Head to her blog to read what others have been learning this month.

← Quote of the Week // End of Summer
Quotable // from Marcel Proust →