My reading life is off to a strong start in the new year. I’ll have reviews of my most recent reads in a post for you this Friday; today’s round up includes books I read during the tail end of December. There were a few I didn’t care for at all but a couple of definite winners! 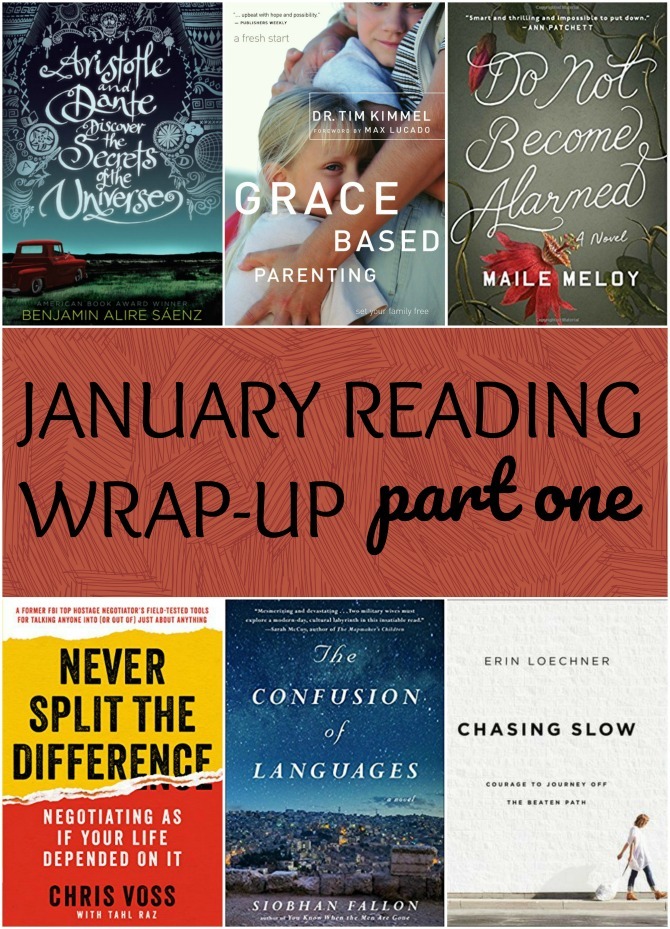 The Confusion of Languages, by Siobhan Fallon: Cassie and Margaret are both army wives who have followed their husbands to the U.S. Embassy in Jordan. Despite this commonality, they could not be more different: Cassie is cautious, calculated, and jaded after years of living abroad. She both envies and disapproves of the flighty, free-spirited young Margaret, who marches to her own beat while innocently disregarding cultural customs. When Margaret arrives in Jordan, Cassie is happy to have a new friend, but the friendship is not all she hopes for. Their relationship reaches a critical climax when Cassie agrees to watch Margaret’s toddler son for an afternoon, and Margaret fails to return home. Cassie passes the time by snooping Margaret’s journals, and discovers that the two women have very different impressions of all that has transpired since Margaret’s arrival to the country.

From the unique setting to the unusual riff on the double narrator format (told partly through Margaret’s present-day reflection of past events, and partly through Cassie’s journals), this book was refreshingly unlike anything I’ve read. It’s a character-driven novel, and I was intrigued by both protagonists and impressed with the author’s ability to evoke sympathy for both women. It’s not an uplifting story, but I definitely found myself relating to many of the characters’ emotions (particularly—and unfortunately—the less-than-savory ones). The mystery element was a bit weak for me, though, and the story sort of fizzled toward the end. I found most of the book to be a compelling read but I loathed the conclusion. 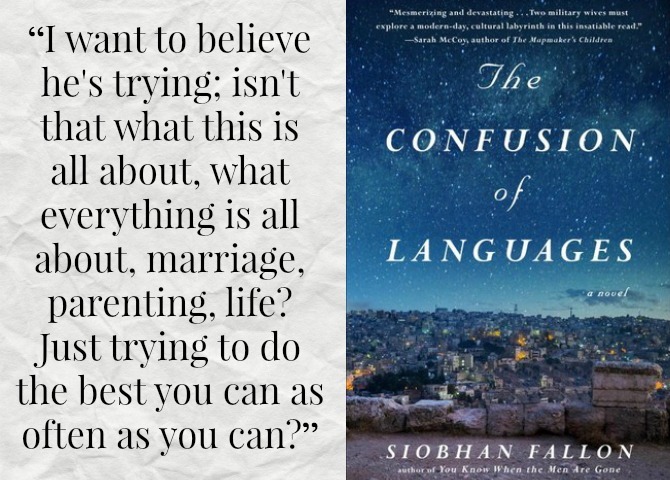 Chasing Slow: Courage to Journey Off the Beaten Path, by Erin Loechner: Erin Loechner had it all: a couple of successful websites, a design show on HGTV.com, and millions of women who looked to her for advice on everything from fashion to recipes. Eventually she realized that she was running a losing race, that should could never outpace the demons that she was trying to escape. Chasing Slow is the story of how she gave it all up for life in the slow lane.

Slow Living is certainly en vogue these days, but Erin Loechner isn’t just jumping on the bandwagon with this book; she was one of the first proponents of this movement and she shares from her experience of moving from slow to fast to slow, and finding a perfectly uncomfortable middle ground. Erin has seen a lot, and gleaned a great deal of wisdom through her experiences, and this book is packed with keen insights from her time in the trenches. Erin is open about being very much in-process, but I found her nuanced attitude to be a breath of fresh air amid a sea of black-and-white advice. I was also impressed with her ability to balance candidness with privacy; she is authentic and vulnerable, but not brazenly transparent—tactfully modest, but open enough to be relatable.

This book won’t be for everyone. Erin’s writing style is very flowery, and the book reads like a autobiographical poem with witty lists and snapshots (actual, polaroid-style pictures) thrown in. I appreciated the artistic, metaphor-heavy storytelling, which had the effect of slowing down my reading—quite fitting, given the subject matter. Erin Loechner is famous for her design, and this book is highly styled but completely beautiful. This book was good enough to make my list of favorite reads in 2017! 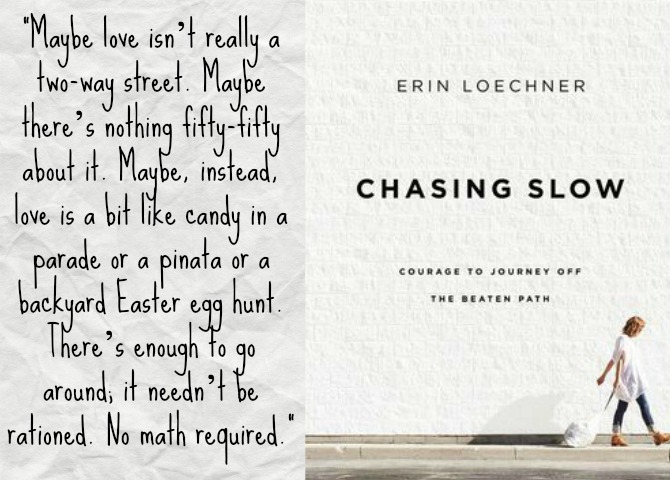 Grace Based Parenting, by Tim Kimmell: This book was my 2018 Reading Challenge selection for “a book related to my word for the year” (grace). It had been sitting on my bookshelf since before Charleston was born, and I’m sad that it took me so long to get around to reading it. I’ll have a full review for you later this month. For now all I will say is that it is fantastic, and a must-read for every parent! 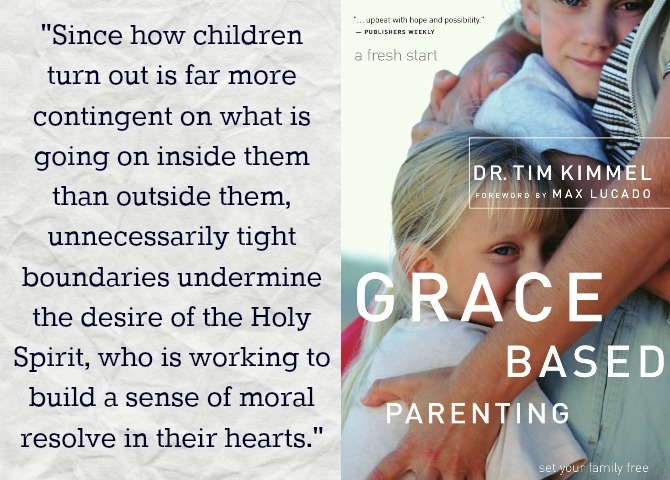 Do Not Become Alarmed, by Maile Meloy: Cousins Liv and Nora are looking forward to a relaxing Christmas cruise in South America with their husbands and four children. But the situation sours when the women go on a shore excursion with the kids and their children disappear. The book follows the children’s harrowing experiences as well as the adults’. Relationships fracture, marriages splinter, consciences weigh heavy, and none of the involved parties will remain unscathed.

This should have been a suspenseful and spine-tingling read. It’s true that I couldn’t get through it fast enough—but only because I was eager for it to end (and I am terrible at quitting books midway through, even when I know the story is past redemption). All of the characters are unlikable and I cared little about what would happen to them. The writing felt sterile with many missed opportunities for unique plot twists or even grief-inspired rumination. The book was a strong cautionary tale agains traveling to South America (or if I do, keeping my eyes on my child 100% of the time); otherwise, the book did nothing for me. 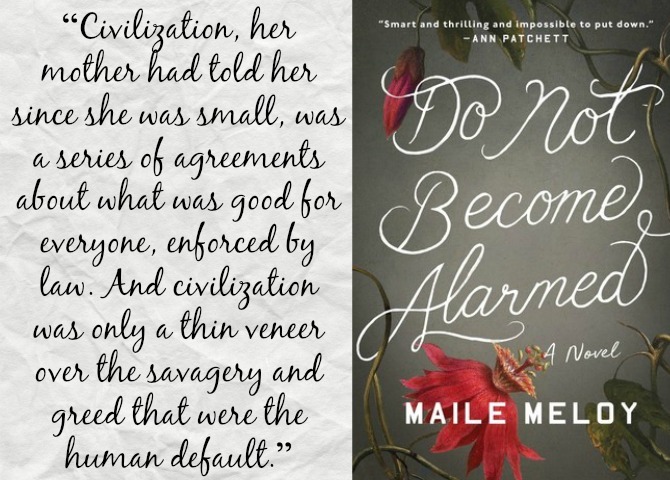 Aristotle and Dante Discover the Secrets of the Universe, by Benjamin Alire Sáenz: Ari is a sensitive Mexican-American teen with a complicated home life and a dislike for other teen guys. That changes in the summer of 1987 when he meets Dante, an eccentric boy who is Ari’s opposite in nearly every way, but the two are soon inseparable. Their friendship cools when the boys are involved in an accident, and again when Dante’s family moves out of state. Over the course of a year, Dante becomes more sure of himself and his identity, while Ari simply becomes more confused about himself, the world around him, and especially his relationship with Dante.

This book started out strong. I loved Ari’s introspective narration (especially as voiced by Lin-Manuel Miranda) and unique observations; he reminded me a lot of the protagonist Charlie in The Perks of Being a Wallflower, both being outsider-type adolescents whose inner lives mirrored my own as a teen. However, I was disappointed when the book proved to be (yet another) book about teens coming to terms with their homosexuality. I wish there were more sensitive, contemplative male protagonists in literature whose sensitivity wasn’t passed off as a byproduct of their being gay. High marks for strong writing on this one, but I feel the author took the easy way out with his characters. 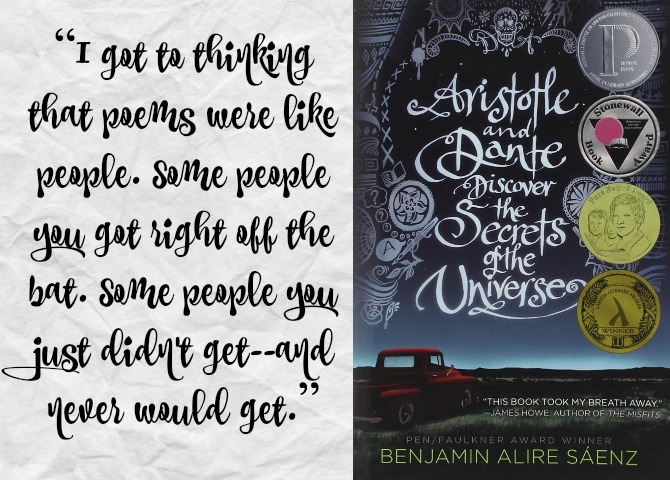 Never Split the Difference: Negotiating as If Your Life Depended On It, by Chris Voss: Chris Voss is a former international hostage negotiator for the FBI. In other words, he has done a lot of negotiating where the outcome really has been life or death. In this negotiation tutorial, Voss uses his own war stories to illustrate the most effective tactics for becoming more persuasive. Some of the strategies, such as using a calming tone of voice and mirroring, are expected; others, like trying to evoke a “no” response, are counterintuitive, but Voss explains how and why these actually work. Voss’s delivery is straightforward and easy to follow, and his stories are as entertaining as they are informative.

I don’t do much negotiating in my life, at least not for business purposes. But like everyone, I do my share of interacting with people whose purposes don’t necessarily align with mine (I am a mother to a toddler, after all), and it was interesting to think how these negotiating tactics could work for me in my everyday life. This is more than just a book on negotiation; it’s about the human mind, the reasons for why and how we do and say things, and a tutorial on harnessing emotional intelligence in order to achieve a great outcome. 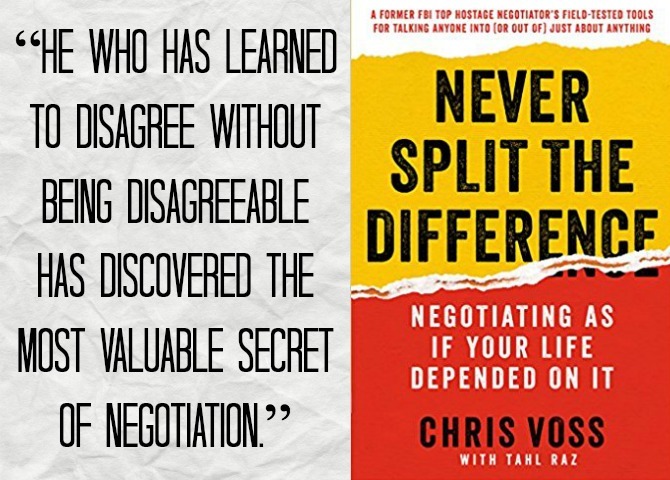 See you back here Friday for reviews of six more books I’ve read in the past month!