It’s been a while since I shared a Throwback Thursday Story, but I felt compelled to do so this week because today is very special to me: one year ago today, I found out that I was pregnant with Charlie! What a wonderful day that was!

Luke and I were married in 2008, but we chose to wait a few years before starting our family. As we approached our 5-year anniversary we knew we were finally ready to take the plunge. Looking back, I realize that once we actually decided we were ready to become parents, our road to conceiving was relatively short; however, at the time it felt like forever. After getting pregnant almost immediately—and then miscarrying—the previous October, I was starting to wonder if I was even capable of conceiving another baby. My cycle had grown unpredictable (likely due to my elevated stress levels) and I was working on coming to terms with the possibility that I might never be a mother. We refused to give up, though, and when I began experiencing the beginning symptoms of pregnancy late last May, I hoped and prayed that my dream of parenthood was coming true. 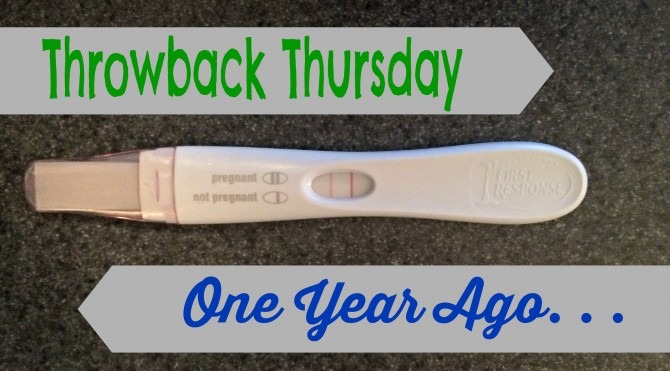 Like every woman in the midst of trying to conceive, I had a stockpile of pregnancy tests tucked away under my bathroom sink. I’d used them in the past, and with one exception, they had only led to heartbreak. But I had a good feeling about this time; maybe this month would be different. In the early morning hours of May 28th, I decided to test. . . just to see if my inklings were correct. As I headed into the bathroom, my heart resonated so loudly in my ears that I wondered how it wasn’t waking Luke as he slept in the next room. I nervously unwrapped the test from its crinkly plastic wrapper and unceremoniously peed on the stick. Then I sat down on the edge of the bathtub to wait for my crystal ball to reveal my future. After minutes that stretched on for decades, I peeked down at the stick, both excited and terrified at what I might see. And there it was: two bright pink lines. The test was positive! I was pregnant!

It took incredible restraint to keep from running into the bedroom to wake Luke with the good news, but I wanted to make the moment special, so instead I headed into the kitchen to prepare breakfast. I used chocolate chips to write out the word “Dad” on Luke’s breakfast plate, then I stuck a candle into his slice of banana bread and waited for him to come into the kitchen before lighting it. When Luke saw me heading towards the table with a candle-topped plate, he was confused. I told him he was having a special breakfast for a special day. When he saw “Dad” written on his plate he realized what I was telling him and we celebrated our joyous moment together. 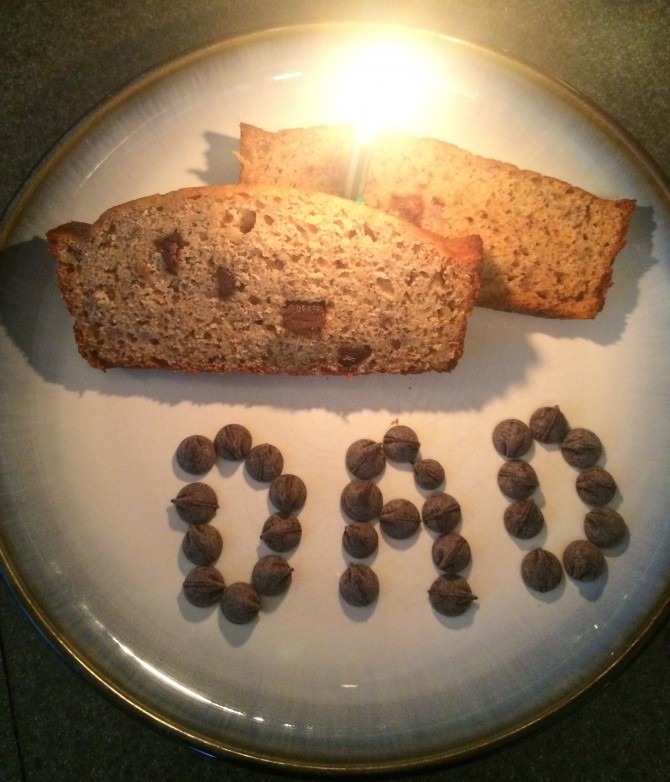 The next several weeks brought a menagerie of emotions: excitement and happiness, of course, but also anxiety over the possibility of a second miscarriage. There were many, many more pregnancy tests (just to make sure I was “still pregnant”) and sleepless nights (not helped by my increasing nausea, which should have been reassuring but somehow only made me feel more nervous.) These feelings of foreboding intensified when our first ultrasound seemed to indicate that the pregnancy was not a viable one. Ultimately, though, my initial joy did not prove unwarranted: the nausea stuck around, my belly began to swell, and eight months later, we welcomed Charlie into our home and our hearts.

Today, one year after the pictures above were taken, I’m writing this with the most wonderful 4-month-old sitting on my lap. That first positive pregnancy test, and that happy breakfast celebration, are a distant memory, but the outcome could not have been more sweet. What a difference a year makes! 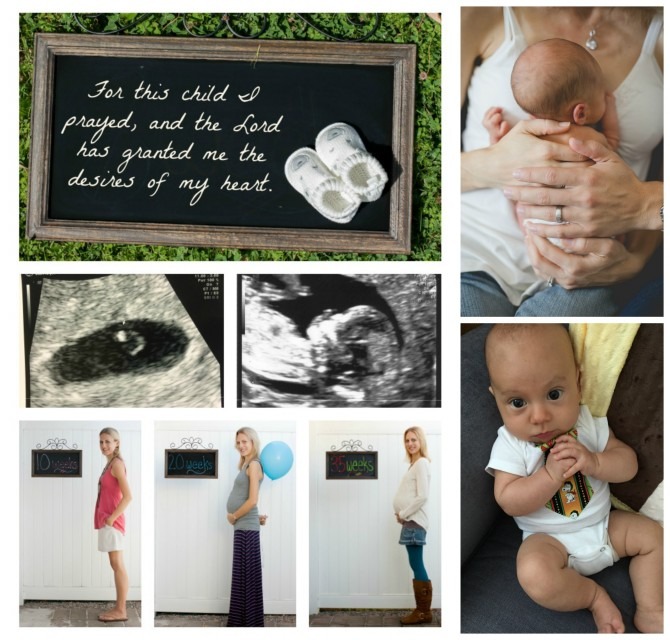