No need to check your calendar! Yes, it’s Wednesday, but it’s also the last day of the month, so in place of my usual Cinco de Wednesday post, I wanted to share what I’ve learned this month before saying goodbye to August.

It has been a very full month, in terms of activity as well as things that I’ve been learning. I could fill a book or two with the things I’ve learned about myself and my surroundings over the last few weeks, but I’ve narrowed my list to a manageable twelve items. Here they are! 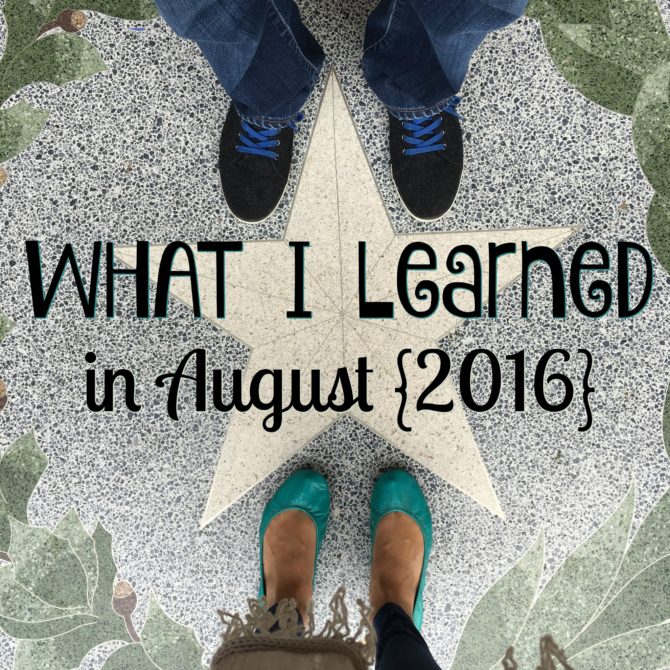 A recent study found that kids who watched Daniel Tiger showed higher levels of empathy, self-efficacy, and emotional recognition. Daniel Tiger happens to be Charlie’s favorite show (actually, it’s the only show he really watches); perhaps his time with Daniel explains why Charlie wants to hug every kid he encounters.

A few weeks ago I received a comment on an old quote post, asking if I would give permission for the image to be used to make magnets for a charity fundraiser. It sounds like a great organization, so I was happy to grant permission. I don’t know how the group found my blog, but I am so tickled that a simple graphic I created years ago is being used in this way! 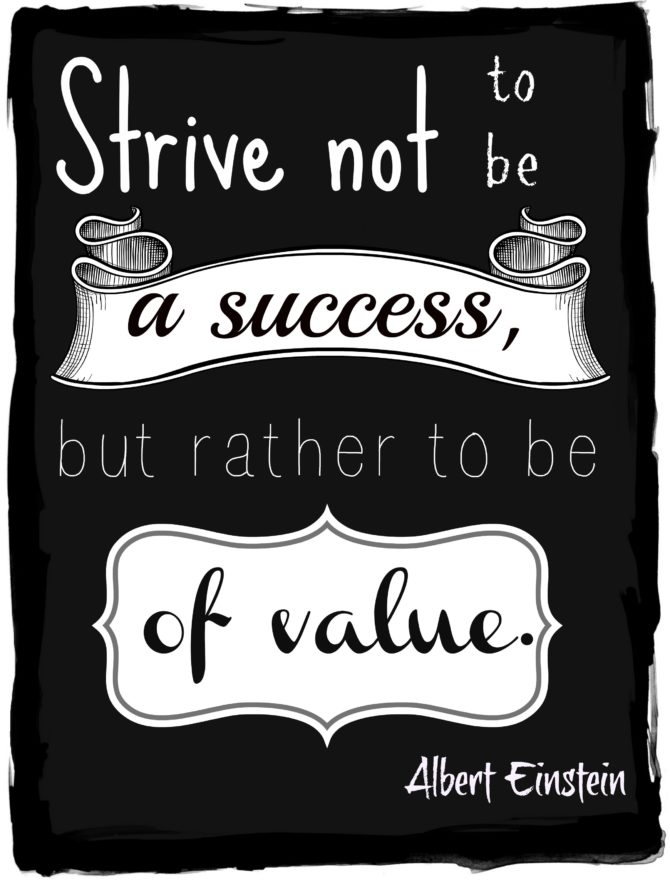 3. Our HEB has reserved parking for parents.

I’d been shopping there for months before I discovered this—probably because the spots are usually occupied. Even if I haven’t gotten to use these spots, I think they’re a great idea. I am loving HEB more and more!

4. I’ve been a licensed driver for longer than I lived without a driver’s license.

This month I celebrated the 16th anniversary of receiving my license (which conveniently coincided with the 8-year anniversary of Luke’s and my engagement). Somehow I thought I would be a better driver by now.

5. When it comes to note taking during touristy activities, old habits are hard to break.

I did a lot of traveling in my pre-marriage years, and I always took exhaustive notes about a place’s history, architecture, and culture for my journals. Though I’m still a thorough journaler, I try to spend less time documenting things I can easily look up. (Wikipedia has freed up so many of my journal pages!) But when Luke and I took a tour of the Texas Capitol this month, I couldn’t help but jot down a few intriguing factoids. These were some of my favorites: 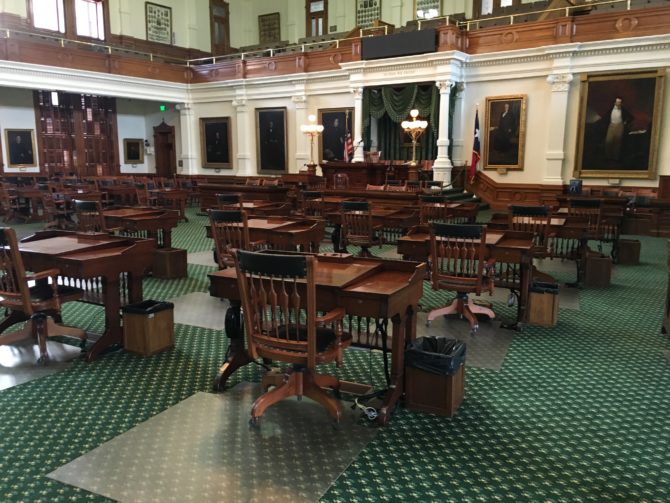 6. Without a visual reference, I have gotten some very wrong ideas about authors and other noteworthy individuals.

This month alone, I learned that E. B. White was a man (I always thought the author of Charlotte’s Web was a woman); that Curtis Sittenfeld is a woman (a woman named Curtis? Cool but surprising!); and that Tony Robbins is white (I’m not sure where I got the impression that he was black. . .).

7. I also have a hard time keeping some famous authors straight.

I’m constantly confusing Annie Dillard, Anne Lamott, and Ann Patchett, and for some reason I always mix up Ann Patchett and Terry Pratchet (who I recently learned is not a woman). I think these authors need some more distinctive names!

Even with our giant arsenal of activities and a third adult in the car, Charlie struggled on the drive from Texas to California. We took more time coming back, and there were fewer tears, but it’s still not a journey I’m looking forward to taking again. We’re already looking into flying back for Christmas rather than driving, as we’d initially planned.

9. You can look up your name on Urban Dictionary.

Apparently, Kendra is “A most clever but stunning individual. Formally known as the most beautiful woman on the planet. Any man would be lucky to have her even in their dreams.” Sounds about right. 😉

10. I could have been named Dorita. Or Marta. Or Ruskin.

When we were staying with my parents, I pulled out the baby name book that they used to name me those many years ago. (This is the same book that was one of my favorite reads as a child, and that ignited my lifelong love of baby names.) I giggled as I pursued the list of names my parents considered for me. I’ve seen this list before but had forgotten the details! It was fun to talk with my mom about their naming process and choices. Apparently the wilder name ideas all came from my dad. My Mom’s name is Doris, which explains his enthusiasm for “Do-” names. My parents had settled on the more conventional Kimberly until their good friends named their daughter Kimbralyn; eventually they went with Kendra after a favorite of my mom’s pediatric patients. (If I had been a boy, my name would have been Matthew.) 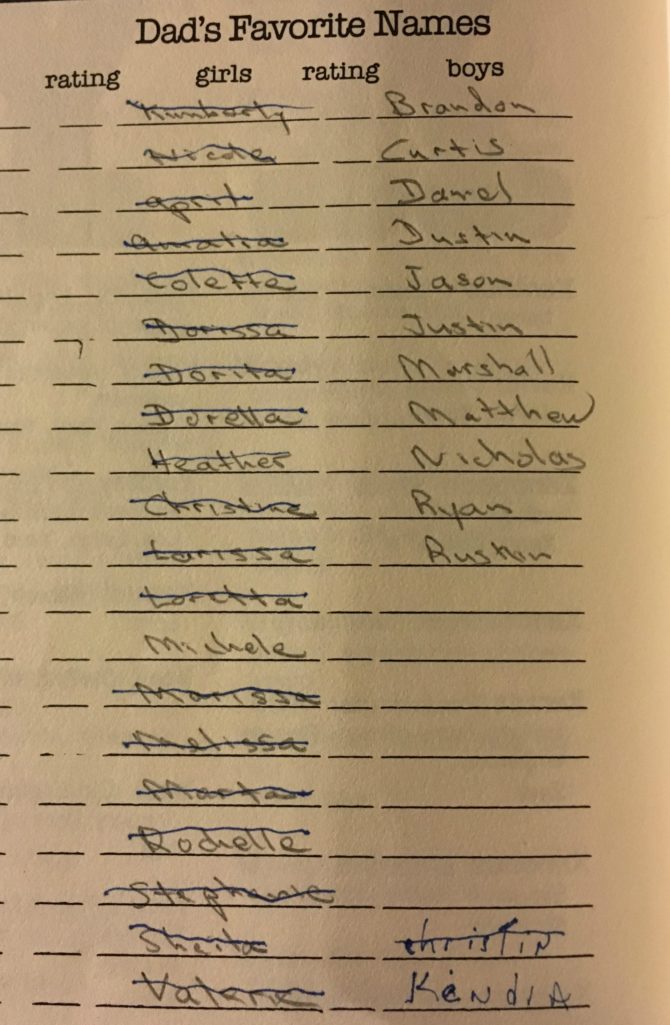 11. Leaving California after our vacation was even harder than leaving when we initially moved.

Because our move happened so suddenly, I didn’t have much time between packing and other logistics to fully process the change. Now that we’ve been in Texas for six months, the reality of our move has had time to set in, and saying goodbye to family was even more tear-inducing than before.

12. Whether by nature or nurture, we all grow into replicas of our parents.

When we were in California we spent a few nights with my in-laws—my first time staying in their house in our eight years of marriage. The increased levels of intimacy prompted by our close quarters revealed how very similar Luke is to both of his parents. I observed habits and personality traits in them that completely explain so much of Luke’s personality. I had a similar experience when we stayed with my parents. Living with them for the first time in several years revealed the many habits and ways of thinking that I inherited from my mom and dad. I wonder what aspects of Luke’s and my personalities will be exhibited in Charlie; I suppose he will be a composite of all four grandparents! 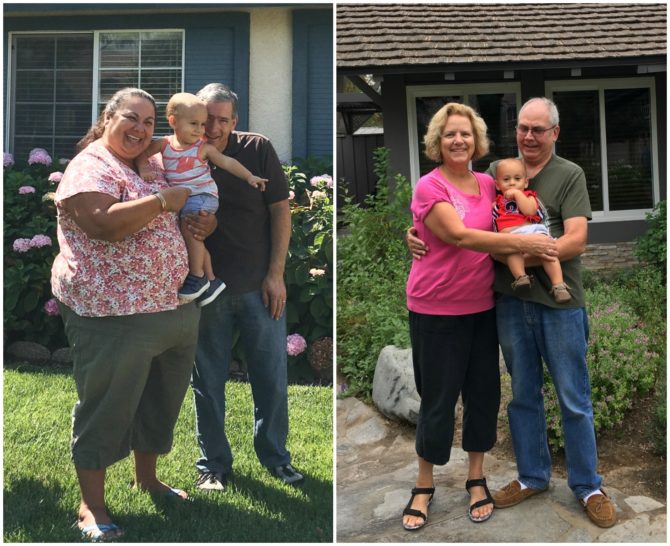 Now it’s your turn: what is something you learned this August?