I won’t try to sugarcoat it: February has never been my favorite month. Something about Christmas being a distant memory, and spring still feeling far away, tends to bring out my very worst self. The last two years were an exception; in February of 2015 we were still basking in the glory that is the newborn stage, and last year at this time we were too busy preparing for a cross-country move to even think about how I was feeling. But this year, the February Blues have reentered the building. I’ve been pretty open about the fact that my emotions have been all over the place lately. It doesn’t help that I’ve had a perpetual cold for the last three weeks—the type that’s bad enough to be annoying, without ever developing into a legitimate excuse to stay home and in bed. February has definitely lived up to its less-than-stellar reputation.

By a funny twist of fate, this month has also been filled with all sorts of really great things. Charleston is in a super fun stage that I’m absolutely loving. We’ve gotten to spend time with several new friends as we continue to build community here in Texas. Church and volunteer work are all going great! So instead of focusing on the difficult undercurrents that have been threatening to steal the scene this month, I’m choosing to focus on the bright spots that have helped me survive this February. 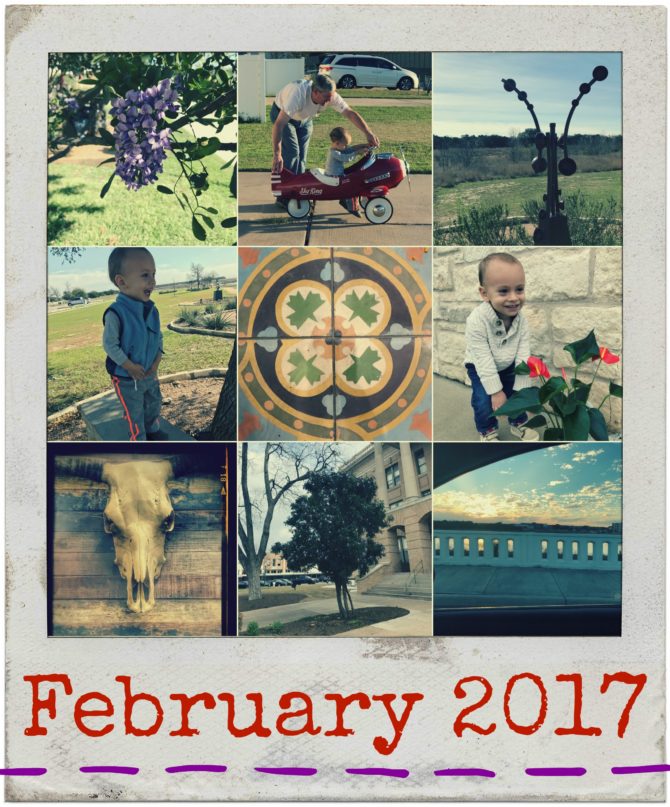 My nonfiction reading is outpacing my fiction lately—I think that’s a first for me! Two books I read in the last few weeks were titles that happened to be exactly what I needed to read at that moment (don’t you love when that happens?!). Lysa TerKeurst’s message of embracing my identity in Christ was balm for my soul in a month that has been plagued by relentless feelings of insecurity and anxiety, and Don’t Sweat the Small Stuff reminded me to stay focused on the important things when I found myself feeling overwhelmed by the items that have been filling up my calendar lately. 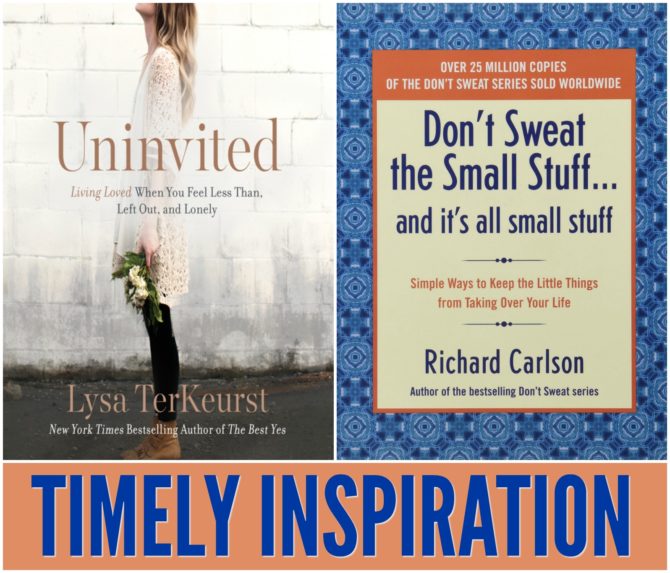 My somewhat strange affinity for celebrity memoirs—especially audio versions read by the authors—led me to listen to TWO of them this month. And despite the fact that I’m not really a fan of the shows that made them famous, I really enjoyed listening to the life stories of Lauren Graham and Chip and Joanna Gaines—so much so that I’m eager to give their shows another chance! 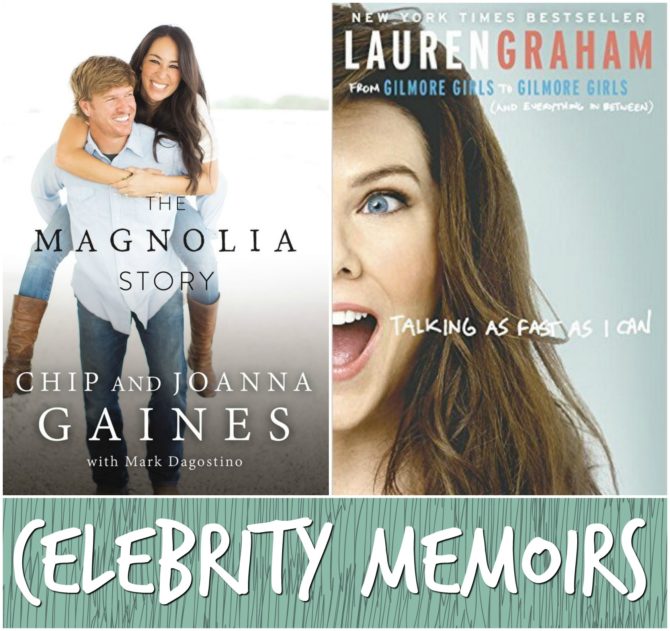 Don’t worry, I haven’t abandoned fiction altogether. I was excited to dive into two novels that have been highly acclaimed by some of my favorite readers. Lilac Girls was a unique and compelling Holocaust story that was insightful but also pretty hard to read. I’m currently halfway through Jane Steele, an ironic riff on Jane Eyre, and it is SO good! As always, I’ll be sharing full reviews of all my recent reads in next month’s Reading Wrap-Up. 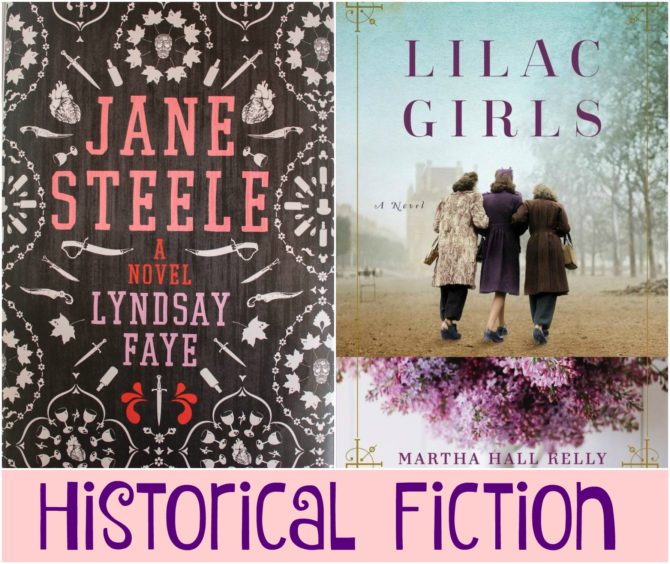 Beyond books, I’ve also been doing some old-school style reading with Just Between Us. Magazines are quickly becoming a thing of the past, and though my blog feed generally fills the magazine-shaped gap in my reading life, I’ve missed the experience of reading from a physical page and was excited when a friend gifted me this subscription. The faith-based magazine features inspirational and relevant articles from a diverse group of female contributors, and I’m really enjoying the format, the writing, and the content. Highly recommended reading for any women looking for an extra boost of spiritual encouragement. 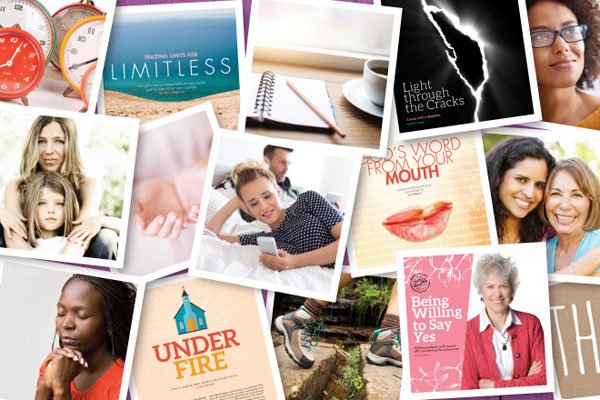 Once Upon a Time, Season 5: I loved Season 1 of this show but have enjoyed each subsequent season a little less. The costumes are still great, and the writers have continued to impress me with their creative treatment of classic characters, but with so many story arcs, side characters, and time hops, the show has gotten too complicated and hard to follow. Luke and I both had a hard time buying into some of the character alterations and plot decisions this season (let’s just say we spent more than our usual amount of time yelling at the screen). I really want this show to win me back as a superfan, but it just doesn’t seem to be happening. 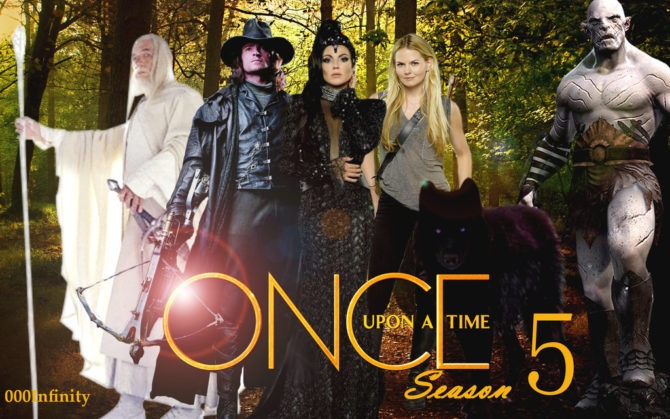 La La Land: Luke and I NEVER go to the movies (it’s been at least three years since our last trip to the theater), but with all the hype surrounding La La Land I knew it would be just the film to break our theater-free streak. And it was totally worth it! I’m a musicals girl, so all the singing and dancing—not to mention the numerous nods to classic Hollywood films—were right up my alley, and the costumes and scenery were absolutely perfect (and made me nostalgic for California!). I LOVED the sweet story and its message of pursuing your dreams, and I thought Ryan Gosling and Emma Stone were perfect in their roles, even if their singing wasn’t stellar. Luke and I both hated the ending, but still walked out of the theater with a dance in our step and a song on our lips. Luke said it reminded him of a blend between Mary Poppins and Casablanca; those are two of my all-time favorites so it makes sense that I would love La La Land, too! And because I can’t get enough, I’ve been listening to the soundtrack nonstop since seeing the movie. 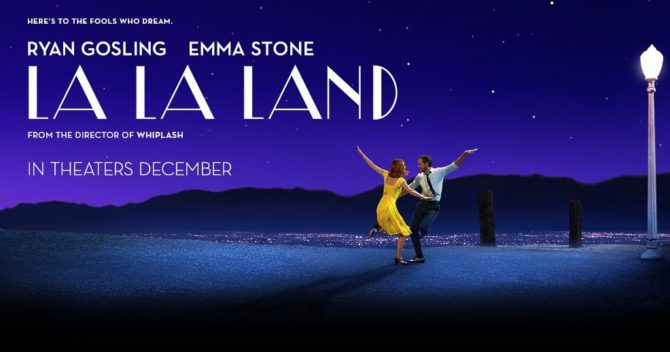 To hold myself accountable to embracing my word of 2017 (Love), I’ve been giving myself a love-based challenge each month. February’s challenge was a simple one: each day I spent some time meditating/reflecting on the famous love passage from 1 Corinthians. It’s been interesting to see the effect this simple reflection has had on my actions, leading me to commit simple acts of kindness that might not have occurred to me, whether it’s been dropping an extra dollar in the coffee shop tip jar or sending an encouraging text to a friend when she comes to mind.

One huge realization is that the closer a person gets to my personal circle, the harder it is to embody the message of Corinthians. I have no problem being patient, kind, etc., with strangers or friends. It’s harder with my own family members, and nearly impossible to do with myself. I’ll be keeping this in mind as I focus on implementing my word throughout the rest of the year. 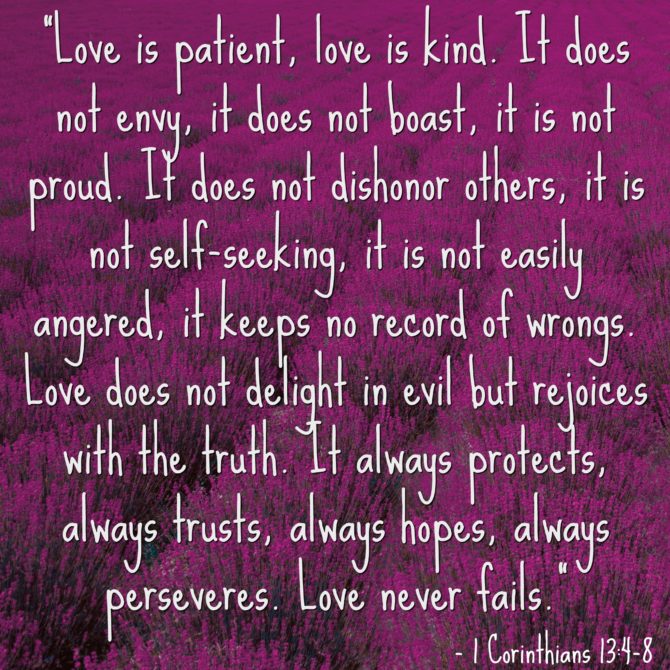 Luke celebrated a birthday this month! We don’t really make a deal out of birthdays, but I did my best to make the day special for him. We walked to our favorite spot for lunch (it was a nice day so we were able to sit outside!) and that night we celebrated with our tradition of birthday frozen yogurt (which is WAY better, and also slightly meltier, than birthday cake). The good news is that we managed to fit 33 candles into his cup of yogurt, and didn’t even set off the fire alarm! 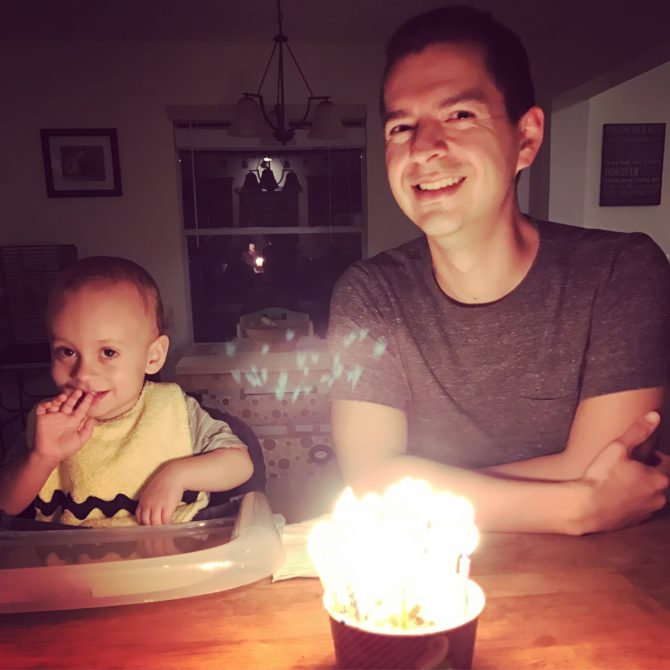 My in-laws are in town for a couple of weeks on a reconnaissance trip as they are planning to relocate to Texas by the end of the year. They are staying with my sister-in-law on the other side of town, but we’ve still gotten to see quite a bit of them while they’ve been here. Of course Charlie has loved getting to spend time with his “gramma gramma grampa.” (<— There’s just two of them, but for some reason he always tosses in at least one extra gramma in there when talking about this set of grandparents!) 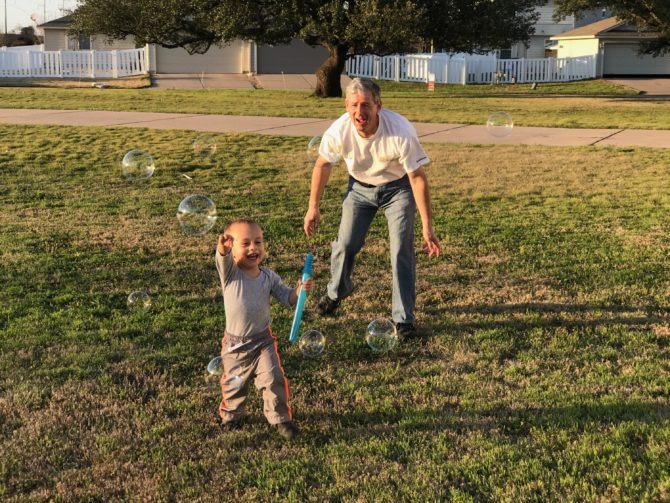 An extra advantage to having family visit is that we have babysitters! Luke and I were able to get away on a few different occasions, which doesn’t happen often, and we finally got a chance to celebrate our eighth wedding anniversary (which was December 28 . . . I told you we don’t get out much!). With an entire Saturday to ourselves, we went to see La La Land, had a relaxed lunch in downtown Austin, exchanged gifts in a cozy little park, and hung out for a bit in a quirky coffee shop. Our relationship is so different today than it was eight years ago, but though our dynamic has changed, I love and respect Luke more today than ever before and feel so thankful and blessed to be walking through life with him. 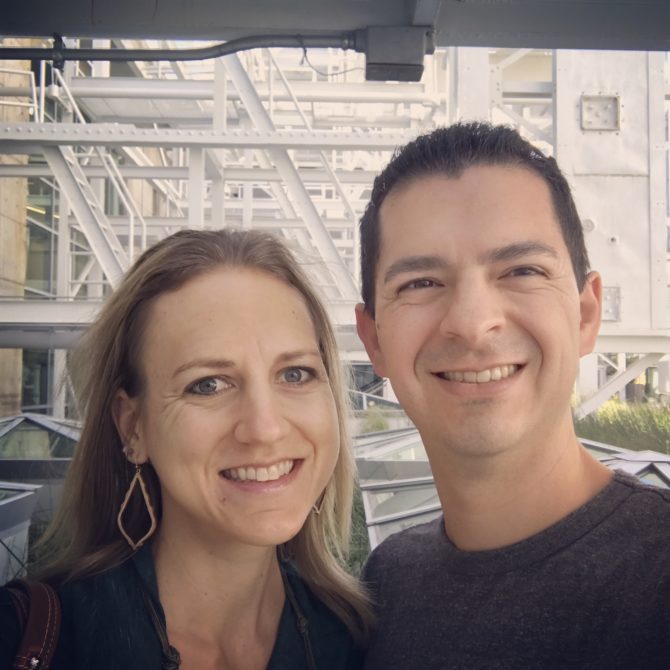 Last night Amanda, my sister-in-law, asked me to be a bridesmaid in her wedding this September! I was surprised and totally honored to be asked, and I just love the beautiful scrapbook she put together as a creative way of asking me. Amanda was my Maid of Honor eight years ago, so it’s exciting to get to be a part of her wedding as well. 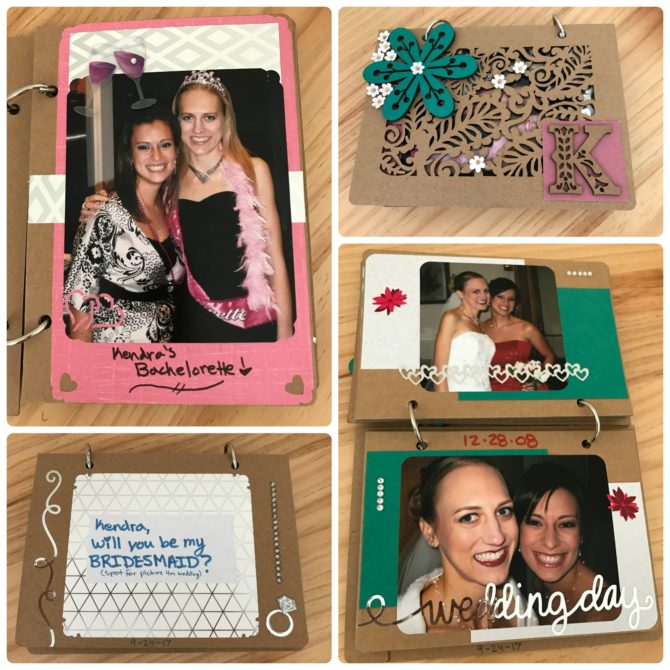 Though I sill feel like a Texas newbie, this week marks the one-year anniversary of our move here. Twelve months later, Luke and I are still marveling at the fact that we—two people who hate trying out a new restaurant, let alone a new everything—willingly traded our comfortable California life for this new adventure. The year has brought its challenges, but those pale in comparison to the blessings we’ve experienced. I truly believe that everybody should try living somewhere new, even if it’s only for a season. Beyond all of the great relationships we’ve formed and new places we’ve gotten to see, the experience has bonded us together as a family, deepened my faith, and enhanced my appreciation for the power of setting and the meaning of home. 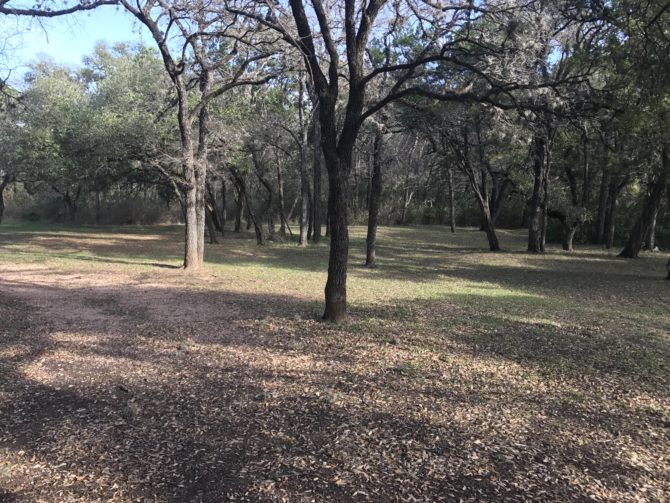 March is my birthday month, so I’m throwing myself a blog celebration with one of my favorite things: books! For the entire month of March, this space will be dedicated to all things literary. I’ll be highlighting books I love, discussing books I’m currently reading, and sharing all of my favorite bookish findings (think: book-themed decor ideas, jewelry, games, and more). I know that many of you are here because you love books as much as I do, so I hope this temporary rebranding as a Book Blog will be as fun for you as it is for me. (And if books aren’t your thing, don’t worry, we will return to our regularly scheduled programming in April.)

As always, I’m linking up with Leigh Kraemer to share what we’re into this month! What has been the highlight of your February?