Try as I might, I haven’t been able to press pause on the passage of time. Another month has flown by, which means that once again it’s time for me to take stock of what I’ve learned lately. As I shared last week, it’s been a full month, which has provided fertile ground for lots of new learning. Here are sixteen things I learned in the month of June. 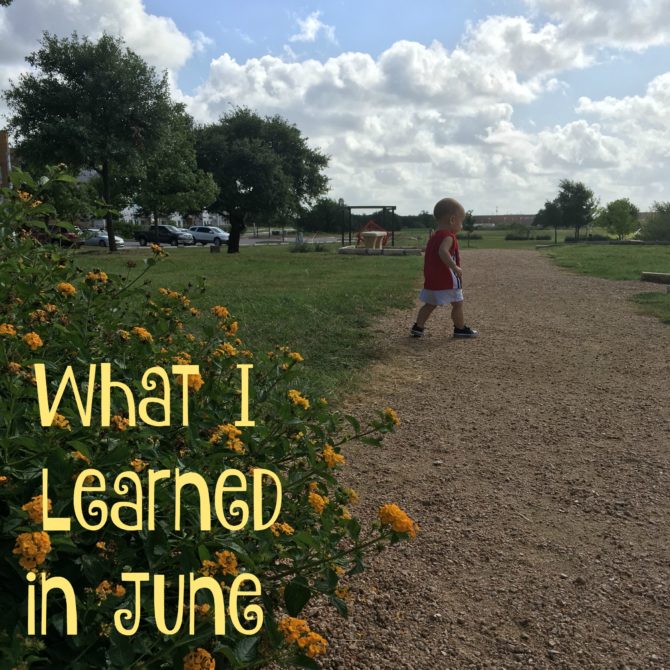 1. I may have missed my life’s calling: I could be making $30,000 PER CHILD to help people name their babies!

That’s the going rate for some professional baby naming services, whose job involves taking “into consideration things like whether the name is already trademarked, ‘likelihood of success,’ and whether it has an ‘aggravating past.’ We all know how much I love baby names; I seriously need to look into this as a possible new career! And while we’re on the topic of baby names, I was shocked to learn that. . .

2. Middle names are not a part of a person’s legal name.

A recent Swistle post explored the topic of middle names, specifically the number of middle names that is considered acceptable. While I find it sad that the United States government doesn’t even recognize a person’s middle name, this does mean that there is no legal reason why a person couldn’t have four, five, or even more names. I think that’s great, more names means much more room for creativity! If it had been up to me, Charlie would have had at least two middles; sadly, his father was not on board with that plan.

3. There is an animal called a zonkey—and Rainn Wilson owns one as a pet!

A zonkey is the offspring of a zebra mother and donkey father. The donkey and zebra parents are known as “zedonk.” In case you’re wondering, Rainn Wilson’s zonkey is named Derek. He might have benefitted from my baby naming services. 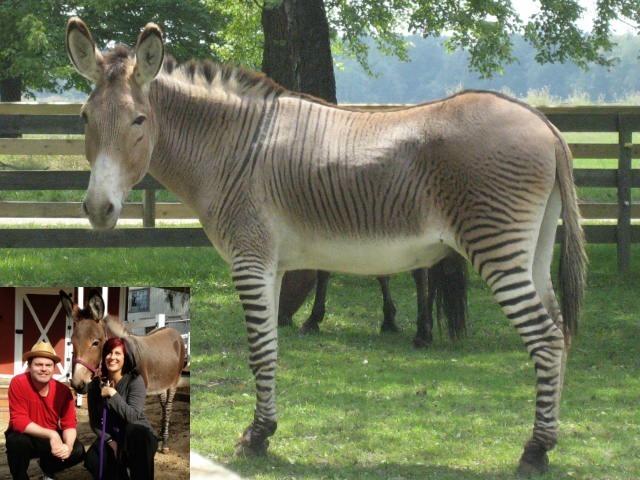 4. The Oklahoma state legislator who invented lethal injection in America is now an Episcopal priest who strongly opposes the death penalty.

This tidbit, and much more about the history of capital punishment in the United States, came to me via a sad-but-enlightening episode of the More Perfect podcast, a show that examines significant Supreme Court cases in a way that is attainable and relevant. I would highly recommend this podcast to anyone looking to get a better understanding of some of today’s hot-button issues.

5. Condiments are the key to getting my child to eat almost anything.

Charlie is a not a particularly adventurous eater, but we have discovered that adding a dip or spread to an item will get him to try almost anything. Ketchup, salsa, and nut butters are all favorites, but he also likes cream cheese, Ranch, and even hummus. It makes meal time a lot messier, but I’m happy to see him developing a more sophisticated palate.

According to this definition, four of the Harry Potter books would be considered epic novels! 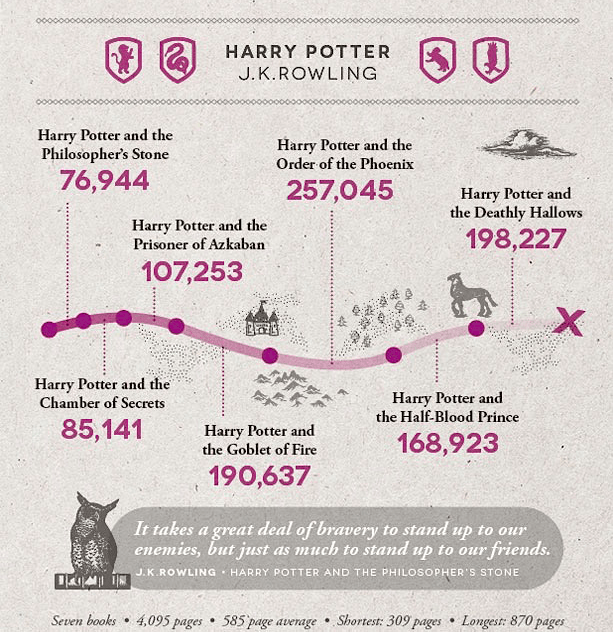 At 5’5″, I’ve always considered myself pretty average when it came to my height, but recently I have begun to feel quite short. It may be my imagination, but I’m pretty sure women are taller in Texas! (They also are ALL pregnant [<– only a slight exaggeration]—yet another difference that has me feeling out of place at the moment.) On the plus side, my husband thought I was taller than I am: he was helping me fill out the paperwork for my new driver’s license and wrote that I was 5’6″. He also didn’t know my eye color, so I don’t know that he’s quite the authority on my appearance that I thought he was. On the topic of our new drivers’ licenses, I learned that . . .

8. The “DMV” in Texas (the place where you go to get your driver’s license) is called the Texas Department of Public Safety.

And much like the California DMV, it is NOT my favorite place. We had quite the experience there last week when we went to exchange our California licenses for Texas ones. Luke checked us in online that morning, and we were given a 90 minute wait time. We waited a bit before making the 30-minute drive to the office—where we proceeded to wait for another few hours. Did I mention this was around lunch time, and the offices don’t allow food or beverages? Charlie was a trooper, running around the office and eventually crashing on Luke’s shoulder. It wouldn’t have been such an awful day if we had been granted our new licenses as planned. Unfortunately, when we finally were helped I was told I could not obtain my license because I had not brought a copy of our marriage certificate indicating my name change. (Apparently my birth certificate, social security card, and previous CA license were not enough documentation. And no, this is not listed as a required document on the DPS website.) Needless to say, I was not a happy camper and I  reacted rather poorly. Thankfully I was able to return later that day to complete the license transfer and apologize profusely to the (very nice) DPS employee who had been the recipient of my outrage.

9. I chronically overuse the phrase “I feel” when stating an observation.

As in, “I feel like everyone around me is using this phrase A LOT lately.” It was starting to become a pet-peeve of mine until I realized that I was a guilty culprit as well. I have no idea why we all feel the need to preface our statements with this caveat, but now that I’m aware of this verbal tick, I’m working to tone it down.

10. Breastfeeding a child with a chipped front tooth is extremely painful.

My breastfeeding journey with Charlie has been a smooth one, and I never fully understood mothers who said that breastfeeding caused them pain. . . until last week, when Charlie chipped his tooth in the bathtub. After a few initial tears, he was fine and his doctor said the jagged tooth wasn’t cause for concern, but it resulted in some excruciating nursing sessions. We ended up taking Charlie to the dentist, who was able to smooth his tooth down (and provide mama with some much needed relief!). Charlie was an amazing patient, and an upside to the whole incident is that we found a fantastic pediatric dentist!

11. God didn’t give us our kids to whip them into shape, he gave us kids to make US more like Jesus.

I heard this valuable piece of wisdom on a wonderful episode of the Inspired to Action podcast. The featured guests on the episode were parenting coaches Jim and Lynnne Jackson, and they are a wealth of knowledge. Other great takeaways from the show: my focus as a parent should not be managing behavior, but mentoring belief: it isn’t my job to raise well-behaved kids, but well-believed kids. I LOVE this!

12. Having a house guest is a little bit scary, but totally worth it.

In nearly eight years of marriage, Luke and I have never had anyone else stay in our home: we hadn’t lived anywhere with the space for guests, and we’d never known anyone who needed a place to stay. Now everyone we know lives “out of town,” and we live in a house with more space, so I’m anticipating a lot more hosting opportunities. Our first guest was my friend Cara, who visited us earlier this month. I was pretty nervous leading up to her visit: there is a level of vulnerability involved in inviting someone into your home, and I had to temper my desire to be an ideal hostess with the knowledge that a true friend doesn’t care about those things. Once Cara arrived, I realized that my home and my hostessing skills did not need to be perfect in order for us to have a good time together. Our week did not go at all according to plan, but none of that mattered because we got to spend a wonderful week with a good friend. 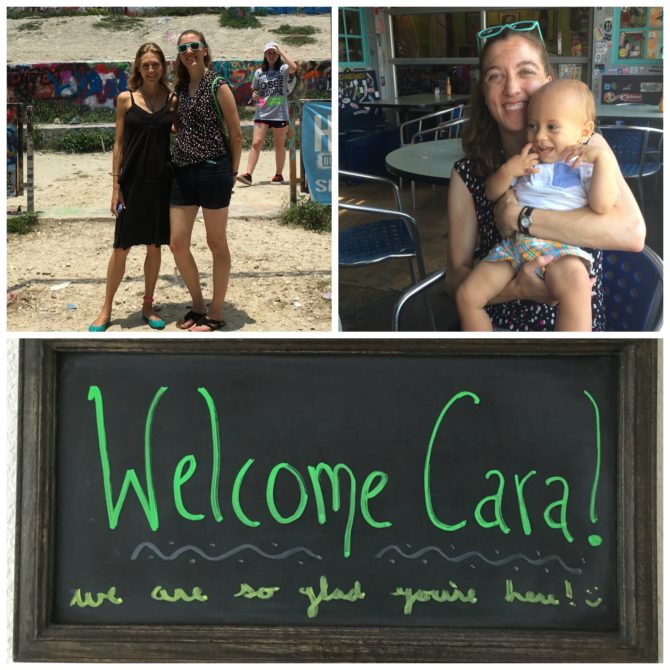 This painful lesson should probably be a permanent feature on my “What I Learned” lists because I seem to be stubbornly resistant to embracing this truth. I continue to make attempts at micromanaging my life (specifically, my schedule), and time and again my efforts prove futile. Any modicum of control that I do possess is obliterated by the presence of a child in my life. I know that I’m much happier and function better when I have a structure and a plan, so I’m working to find a balance of loosely structured days that allow for occasional spontaneity and the inevitable unexpectancies.

14. The musical Hamilton is indirectly responsible for the decision to replace Andrew Jackson with Harriet Tubman on the $20 bill.

When the U.S. Department of the Treasury first made plans to introduce a female face to an American bill, they initially announced a redesign to the $10 bill, which features Alexander Hamilton. Due to Hamilton’s recent popularity (attributable to the musical), the plans to replace his portrait were reversed, and the decision was made to instead replace Andrew Jackson with Harriet Tubman on the $20 bill. 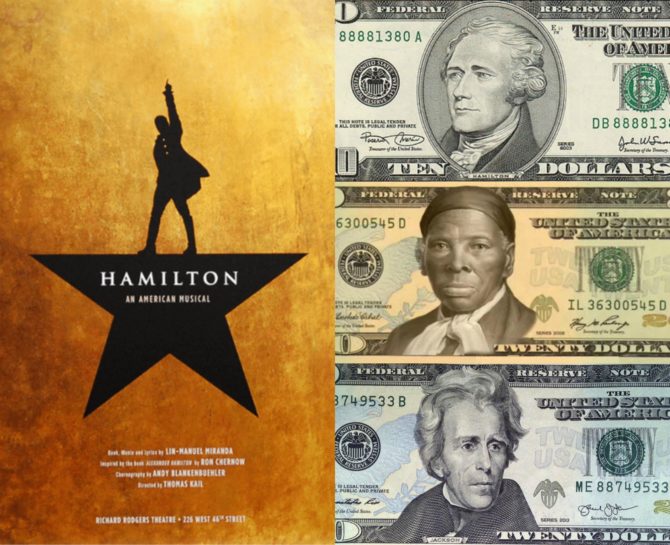 15. I own fewer shoes than the average woman.

According to one survey, women in in our country own an average of 32 pairs of shoes. My shoe count (including boots and flip-flops, but not counting slippers) is just under thirty. Luke owns significantly fewer pairs than the male average of 11. I don’t how the numbers play out for kids, but Charlie currently has four pairs on rotation (and wears his moccs about 75% of the time).

16. Fathers deserve a whole lot more credit than we give them! 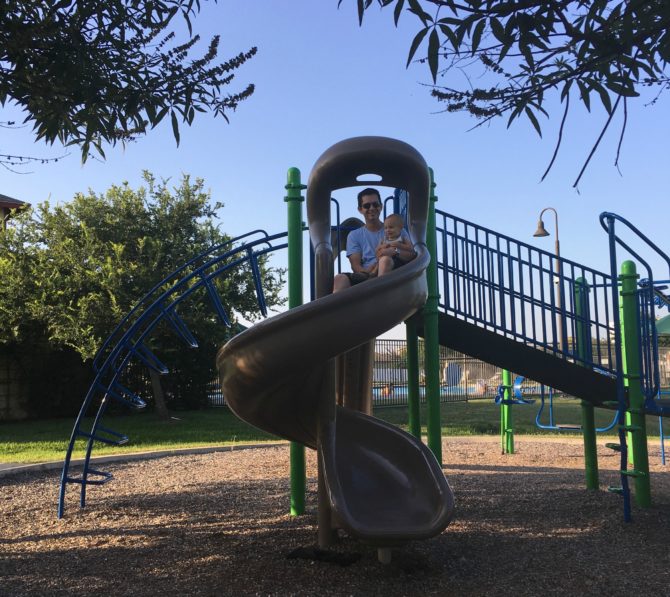 I’m linking up with Emily Freeman to share what we learned this month. What is something YOU learned in June?