Here’s a funny story for you: when I sat down to write this post, I didn’t think I would have anything to include on my list. In fact, I almost considered skipping my What I Learned post altogether this month. However, when I started jotting down the factoids, life lessons, and realizations that have occurred to me in the last four weeks, I discovered that this September was not learning-free after all; in fact, this month’s list might be my longest one yet!

And that’s what I love about this monthly practice of sharing what I’m learning: I find that even when I’m not paying attention, life (and God) is subtly teaching me things that might have gone unnoticed had I not paused to reflect. On that note, here are the things I’ve learned in September. 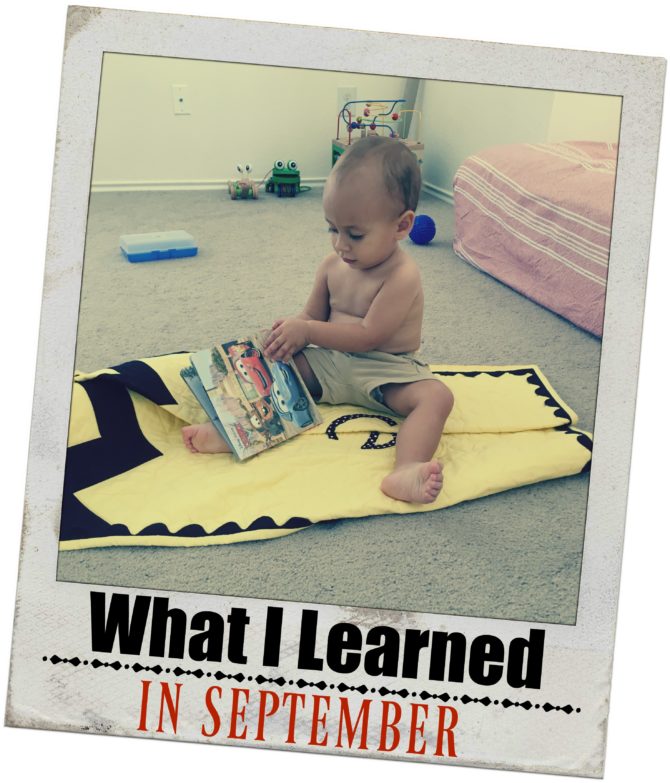 When meeting people for the first time, one of the first pieces of information they share is “their” team. Texans paint their houses to match their school’s colors, and they name their kids after favorite players. As a non-sports fan, this might take some getting used to.

I’d always been under the impression that the stylists worked on location, sorting through racks of clothing and hand-picking items for the women they were styling. This month I’ve made two friends who work/worked for Stitch Fix and discovered that all of their styling selections are done on the computer and that they never get to see the actual items they select. I’m not sure why, but for me this somewhat detracts from the allure of having a personal stylist.

3. It is very hard to find full-fat dairy products.

Charlie isn’t a great eater, so we need to make his calories count, and one of the easiest ways to do that is with full-fat dairy. Unfortunately, its seems like most mainstream yogurts and cheeses are low-fat or even non-fat. I don’t understand why I can easily find individual cartons of chocolate milk, but the only plain milk sold in smaller cartons is 1%; since when is sugary milk healthier for kids than milk in its more natural form?! (Can you tell this subject gets me a bit riled up?) Our society is finally moving past its fat phobia, but apparently this hasn’t extended to products marketed to kids.

4. Ashley Williams (aka Victoria from my very favorite sitcom) is Kimberly Williams-Paisley’s sister.

How had I not made this connection before now? 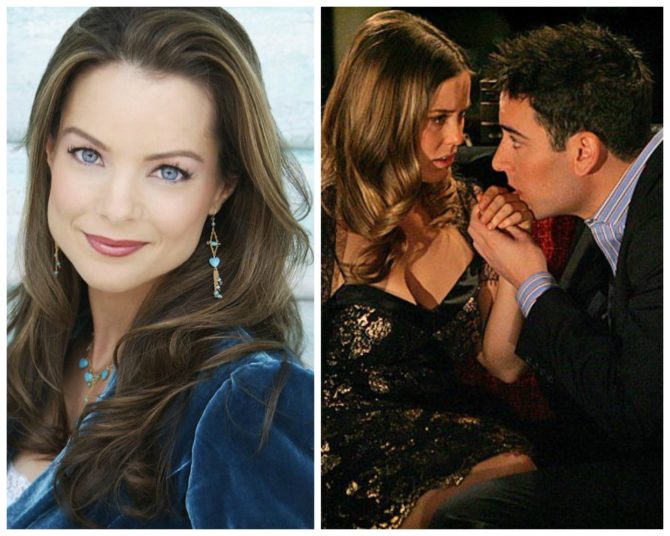 5. Becoming a mother has led me to view the Bible through a whole new lens.

This one is pretty cliché and really nothing new; from the minute I gave birth to Charlie, I gained an entirely new perspective on God’s grace, sacrifice, and relationship to His children. However, motherhood is giving me a deeper appreciation for other aspects of the Bible too. In my Bible study we are studying the book of Exodus; I literally wept as I read the story of Moses’ mother placing him in a basket and floating him down the Nile. It’s a story I’ve heard and read hundreds of times before, but I’ve never appreciated how terrifying this act must have been for Moses’ mom, or how much courage and faith it would have required of her to let her child go, not knowing what was ahead.

According to one study, 71% of the guys surveyed said they spend more than 30 minutes primping, compared with 63% of the women surveyed. Luke and I spend equal amounts of time getting ready in the mornings, though if I’m putting any effort into my hair I take slightly longer.

7. There is an elephant in Goodnight Moon.

It’s just a small elephant toy on a shelf in the room, and I would have never noticed it except that Charlie kept pointing to pages in the book (his current favorite) and making his noise for “elephant” (his favorite animal). It amazes me how observant he has become! He also alerted me to the fact that there is a “cowboy” (man in a cowboy hat) hidden on the plastic Wahoo’s cup I frequently use: every time he sees the cup he says “yee-haw!” 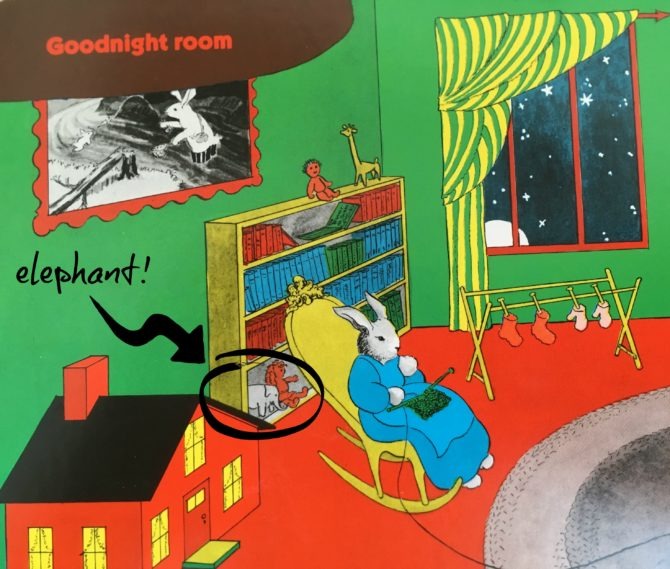 8. According to research, intelligence is inherited from our mothers.

Scientists have known that intelligence had a hereditary component: it is estimated that 40-60% of intelligence is hereditary. Until recently it was assumed that much of this was dependent on the father as well as the mother. However, new research shows that children are more likely to inherit intelligence from the mother, because intelligence genes are located on chromosome X.

9. Mormon missionaries pay $400/month for their missions, regardless of location. While on their mission, these young men and women can’t go to movies or concerts, can’t use the internet except for sending a weekly email, can’t have a cell phone or any internet device, and can’t read anything beyond the scriptures or listen to non-religious music.

This post answered every question I’ve ever had regarding Mormon missionaries. Though I’m not Mormon, I think there is such value in these missions—for both the missionaries and promoting the Mormon faith; I wish evangelical Christians were so passionate about sharing our faith!

10. I thought I was a Night Owl, but according to this quiz I’m a Wolf.

Michael J. Breus (“The Sleep Doctor”) explains that chornotypes are the unique biological clocks that determine how we function at various times during the day. Dr. Breus says that we all fall into one of four types: Dolphins, Lions, Bears, or Wolves. His website describes Wolves this way: “Wolves have difficulty waking up before 9:00 a.m. (they do it, but they’re not happy about it), are groggy until midday, and don’t feel tired until midnight or later. Most alert: 7:00 p.m. Most productive: late morning and late evening.” This describes me to a T. Unfortunately, the rest of the world doesn’t like to abide by my preferred schedule.

Just when I thought our house was completely Charlie-safe, he figured out how to open our doors, including doors to pantries and closets where he really shouldn’t be. I’m impressed that he is both tall enough to reach the door handles, and that he taught himself how to turn those handles, but this new development is making life a lot more challenging. 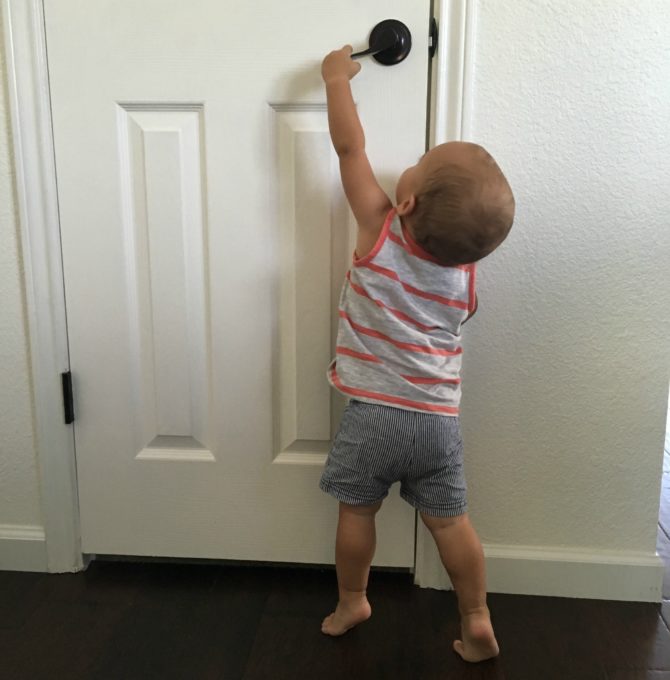 12. American shopping habits are out of control.

This post from Becoming Minimilast lists some staggering statistics: The average American woman spends 190 hours each year shopping for clothes, shoes, or window shopping. Americans spend more on shoes, jewelry, and watches ($100 billion) than on higher education. And the average American between the ages of 18 and 65 has $4,717 of credit card debt.

13. I’ve grown much more liberal in my old age. In other words, my High School yearbook title of “Most Conservative” may no longer fit.

This shift has happened gradually, and I would in no way describe myself as a Liberal (socially or politically). But I’m realizing that I no longer resonate with the staunchly conservative beliefs that I once held, specifically when it comes to issues within the Church. This shift was made apparent to me as I listened to a recent episode of The Vox Podcast, in which Mike and his co-host discussed their belief that women can and should be allowed to hold leadership roles within the Church. In the past, the mere suggestion of female pastors would have rubbed me the wrong way, but as I listened I found that I fully agreed with all they said. This paradigm shift also explains why I wasn’t totally unhinged by the Liturgists’ episode on women and why portions of Mark Driscoll’s book on marriage didn’t sit well with me. (Full review of the book to come in next month’s Reading Wrap-Up!)

14. Since 1963, Austin has celebrated Eeyore’s Birthday Party with a day-long festival.

I didn’t know about this last April, but I’m already getting excited about attending next year. Eeyore is my favorite Disney character, and it warms my heart to know that Austinites are willing to show him some much-needed love.

I’d been taught that Saul’s name was changed to Paul at his conversion, but in a recent sermon I learned that he grew up with both names. The custom of dual names was common in that period: Saul was his Hebrew name and Paul was his Gentile/Roman name. As a zealous Pharisee, he chose to use the name Saul, but became better known as Paul when he became an apostle to the Gentiles.

Nobody’s stance on a political topic or candidate has ever been swayed by something a friend shared on Facebook. The forum is not conducive to level-headed discussion, and political posts only lead to defensiveness, shaming, and broken relationships. Many of us are frustrated by our options in this election season, but I wish we could all agree to keep our opinion-sharing limited to person-to-person conversations rather than spamming people’s feeds with unnecessary diatribes and hateful remarks.

17. When “Curious George” was published in 1941, the title character was called Zozo in England.

This is to avoid offending the current King of England, George VI.

At our last trip to Wahoo’s, I tried the Harry’s Cajun Grilling Sauce sitting on our table and discovered it tastes almost exactly like my beloved hot sauce from Flame Broiler (which happens to be my favorite condiment ever). Unfortunately, this discovered sauce hasn’t been easy to find online or in stores. . . I guess that just means I’ll be having to take more trips to Wahoo’s to get my hot sauce fix. It’s a sacrifice I’m willing to make. 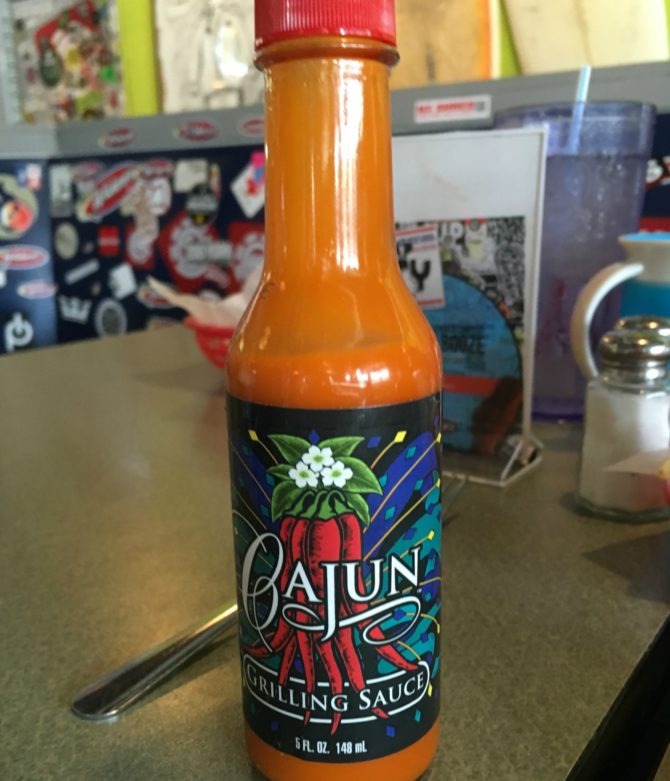 Now it’s your turn: what have you learned this September?