It was a dark and stormy night. It’s a cliché to introduce a story that way, but the night of November 18, 2013, was truly one of the darkest and stormiest nights of my life. I sat in the emergency room bed, clutching Luke’s hand in a viselike grip and staring up at the ticking clock, willing it to move backwards—just a few minutes—to a time before the doctor had delivered the news I’d been terrified to hear: “What you are experiencing is a miscarriage. I am so sorry for your loss.”

Our road to becoming parents had been an arduous one. We were married in 2008, and although we knew we wanted children, I was deep in the throes of my eating disorder and needed to get healthy before starting a family. In the fall of 2013, after years of therapy and treatment, my body and mind were in a much healthier place and we knew we were ready.

I expected it might take us a while to get pregnant, so I was shocked when I started experiencing pregnancy symptoms just two months after we’d officially started trying. I took a home test that confirmed what my body was telling me—I was pregnant!

Despite the evidence of those two pink lines, I wanted to be absolutely sure I was carrying a baby before saying anything to Luke. I made an appointment later that day with my doctor, but the in-office tests were inconclusive (my first hint that the pregnancy wasn’t a healthy one, though I didn’t realize it at the time). I left my doctor’s office feeling sad, but not devastated, and I was eager to try again the following month. 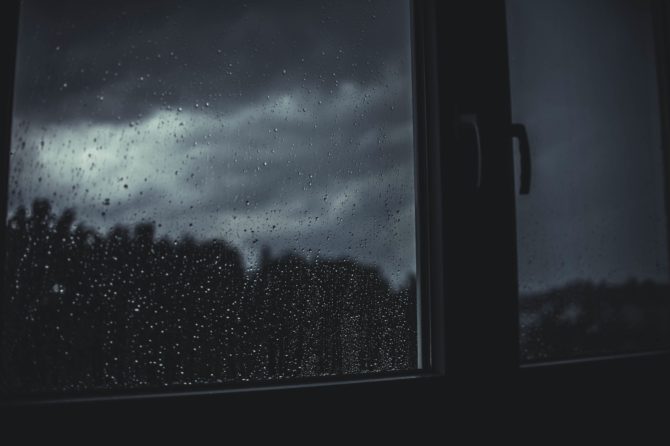 I was sitting in my gym’s locker room the next day when I got an unexpected phone call from my doctor. “We received the results from yesterday’s bloodwork, and I have some good news. Congratulations on your pregnancy, Mrs. Jernejcic.”

I couldn’t stop shaking with excitement as I walked out of the gym and drove to the nearest store. I wandered the aisles, seeking inspiration for some creative way to share the news. I settled on a Baby Ruth candy bar and drove to Luke’s work, where I was meeting him for lunch.

Not wanting to rouse his suspicions, I tried to act casual as we drove to the park where we had planned to have a picnic. As soon as we sat down, I pulled the Baby Ruth out of my purse and put it on the table. It took Luke a moment to understand what I was telling him, but realization soon crossed his face, and he stood to hug me and rejoice with me over our good news.

The next few days were a wonderful haze of early-pregnancy bliss. I downloaded every pregnancy app I could find, started a pregnancy journal, lined up my OB appointments for the next several months, and began making plans for how we would share the news with family and friends. But I never got the chance.

Just a week after my pregnancy had been confirmed, I began experiencing severe cramps. I told myself that this was a normal sign of pregnancy, nothing to worry about. Then the bleeding started: just some spotting at first, but as night approached, the trickle turned into a heavy stream and my worry grew. I went to bed hoping—praying—that I would wake up and it would all have been a bad dream, but sleep didn’t come, and as the cramps and the bleeding intensified, I began to panic. I woke Luke and we debated what we should do. Not wanting to wait until morning to visit my OB, we shuffled to the car and drove to the emergency room. 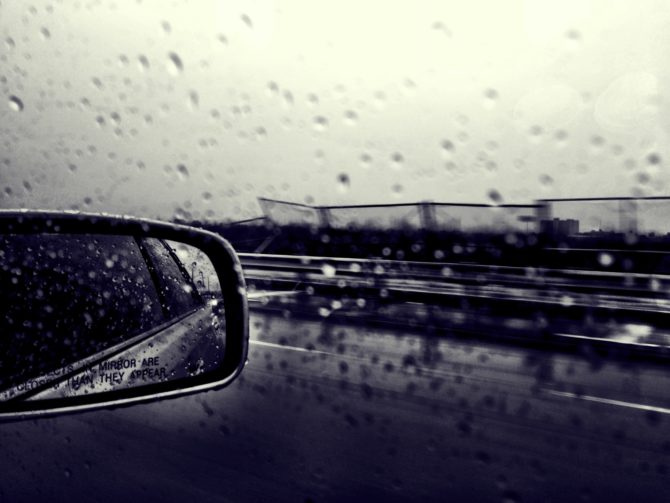 The mood in the ER was eerily calm. I couldn’t help but feel frustrated that the nurses did not share in my panic. Didn’t they know there was a life at stake? We filled out the requisite paperwork and then an emotionless tech led me into a dark room and wordlessly conducted an ultrasound—my first. She didn’t turn the screen to show me what she was seeing, so I assumed it wasn’t good.

After the ultrasound, she drew my blood, asked me to give a urine sample, and guided us to a sterile bed where we waited to meet with the doctor on call. The meeting would be a perfunctory one. I didn’t need his words to confirm what I knew in my heart: the life that had been growing inside of me had faded away. My baby was gone. I was no longer a mother.

We drove home in silence; there were no words to express our anguish and despair. Even tears were stubborn in coming, and for once I was grateful for the rain pounding down on our car: my own emotions were paralyzed by grief, but the earth was mourning on my behalf, manifesting my sadness when my own soul was numb.

Even before becoming pregnant, I knew that miscarriage was a strong possibility, but I prayed that this pregnancy would not be one of the 20% that ended too soon. Now, I was experiencing every woman’s worst nightmare. For one brief week I had known I would be a mother. Now the fragile life of my child had been extinguished, taking with it my hopes, my dreams, my faith.

It’s amazing how a life so short can be so transformative. Such a minuscule impact on the world, but the center of my own. I was tempted to write off my miscarriage as a blip on my journey, just a bump along the road to one day becoming a parent. But there was no denying that I had been changed. 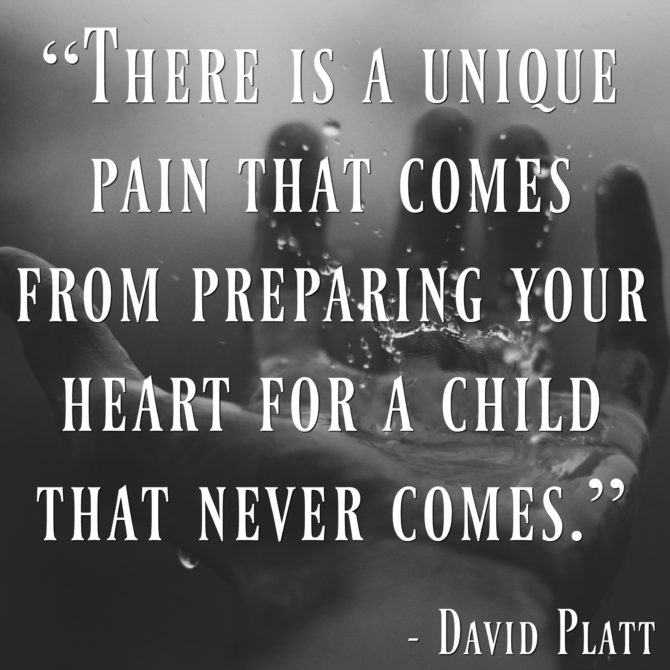 The weeks and months following my miscarriage were the darkest of my life. I slumped into a deep depression, going through the motions but inwardly wanting to end my life, just as the life of my child had been so prematurely ended. I questioned my future and even my faith. Never before had God seemed so far.

I temporarily abandoned God, but He never left me. With patience and compassion, He pulled me from the depths of my despair, and while my sadness didn’t fade, a glimmer of hope returned. We started trying again for a baby, and six months later, those two pink lines made another appearance. It was a rocky pregnancy and an even rockier delivery, but fourteen months after saying goodbye to my first child, I welcomed another one into the world.

I rarely talk about my miscarriage. It feels petty to still be grieving when the pregnancy was so short, and when I now have been blessed with a remarkable little boy. But I will never forget that week with my unborn baby, or that rainy November night when we said goodbye.