For last week’s Throwback Thursday Story, I shared a picture from the summer of 2008, taken during a family vacation with my parents and brother. Today’s pictures were taken less than two weeks later, on the day Luke and I got engaged. 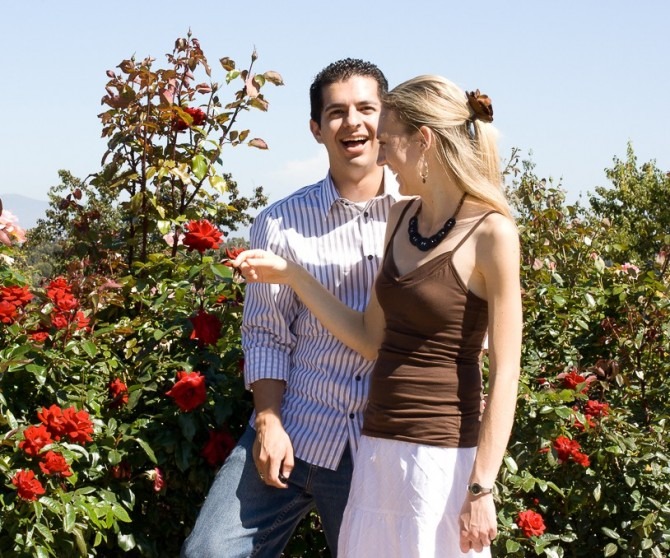 It was a beautiful Saturday in August, and Luke had planned a special date day to welcome me home from my European vacation. Though we had been dating for less than eight months, we knew we were headed toward marriage and I was certain (and hopeful!) that a proposal would be coming fairly soon. The one thing that kept me from being suspicious about Luke proposing on this particular day was that Luke knew I wanted him to ask my dad’s permission to marry me, and I didn’t think he had done that yet.* So I went into the day expecting to make some nice memories, but trying not to get my hopes up that this would be THE day. 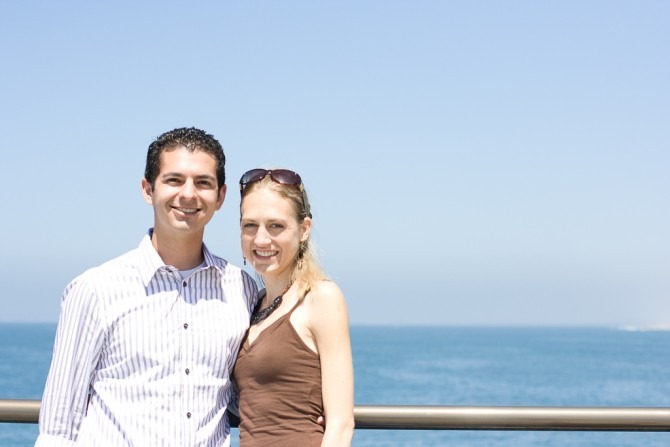 The day began fairly early with Luke picking me up at my house, camera gear in tow, and telling me that today would be one long photo shoot. He then proceeded to drive us to many of the places that held significance for us as a couple: Downtown Disney, where we had gone on our first date; Ruby’s Diner in Huntington, where Luke had “borrowed” a carnation to give to me the first time we went out to dinner together; and Eastlake Village, where we’d gone to look at Christmas lights the previous December. 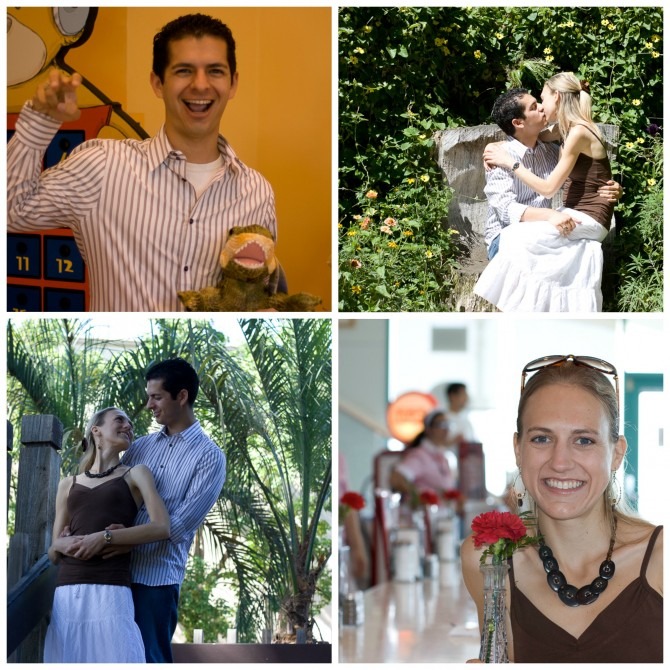 We eventually ended up in San Diego, the home of Luke’s Alma Mater and a place that had become special to me in recent months as well. We had a romantic dinner at our favorite restaurant, and afterwards we took a stroll along the beach. We walked past a number of bonfires and talked about how we’d never had a beach bonfire together. Luke asked if I would like to have one now, but I pointed out that the beach was busy and there was no way we would find an open fire pit this late in the day. As I said these words, we came upon an available fire pit that was already set up with a blanket and firewood, and Luke said that maybe we should just take this one. (I later learned that Luke’s sister had camped out at this fire pit all day in order to save it for us; Luke had texted her when we finished dinner, and she was hiding in the nearby bushes so she could get pictures of us.) 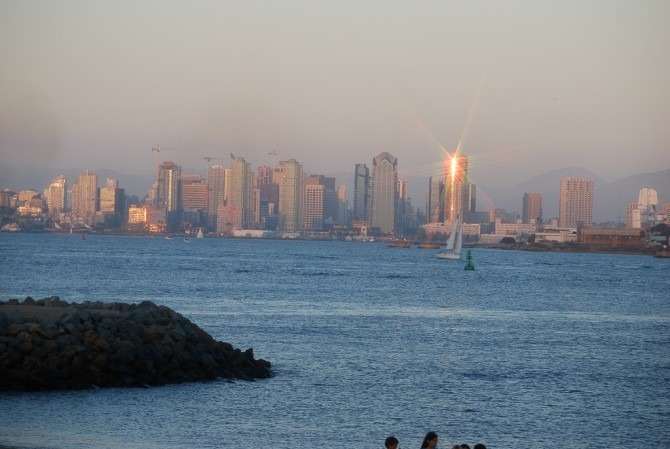 Despite my confusion, I made myself comfortable on the beach blanket while Luke started a fire for us. Then we enjoyed the fire for awhile as we took in a lovely sunset. As the sky was beginning to darken, Luke ran to his truck  to “get his sweater” and came back with our journal ( a Valentine’s Day gift that held our love notes to each other) and a white gift bag. Luke told me he had written a special message for me, so I opened up the journal and read the most  beautiful, heartfelt, romantic letter a girl could ever ask for. 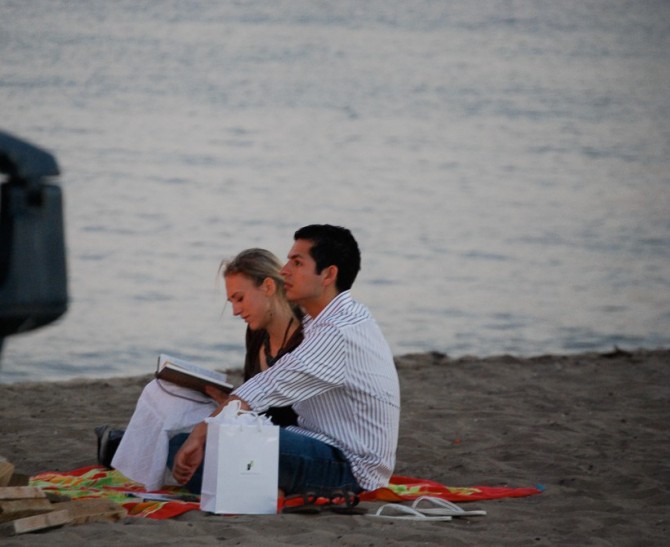 At this point I definitely should have realized that a proposal was imminent, but I was still not quite sure, because instead of pulling out a ring box, Luke was pushing the white gift bag into my hands. I was so overcome with emotion that I could barely see as I opened up the bag. Before I knew what was happening, Luke had gotten onto one knee and was taking the contents of the bag from my hands: it was a small wooden box. Luke opened the box, pulled out the most gorgeous ring I had ever seen, and as he slid it onto my finger, he asked me to be his wife. 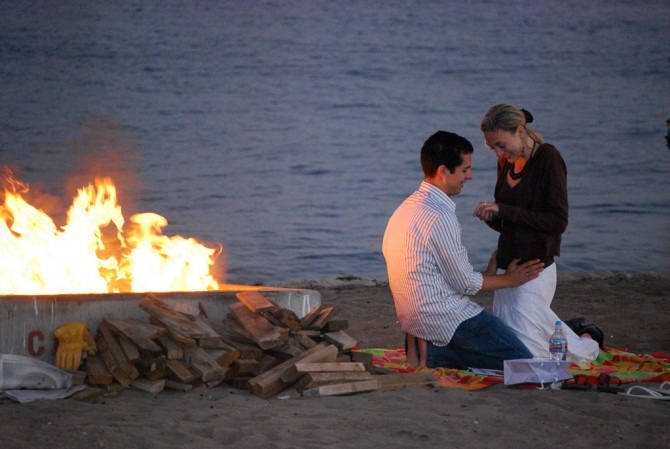 It’s hard to believe that it’s been almost six years since that amazing, perfect day when I agreed to become Mrs. Luke Jernejcic. We have been through so much in those six years, but I can honestly say that I love my husband more today than the day he put a ring on my finger, and I said, “Yes!” 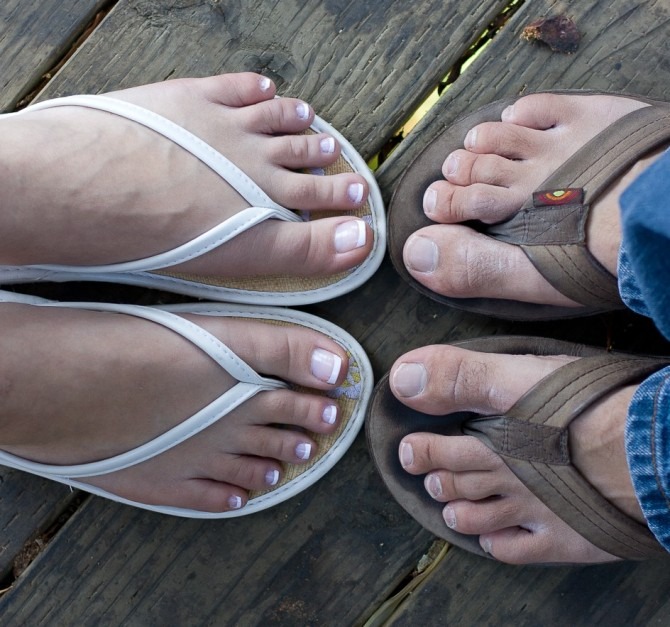 *Later that night, Luke assured me that he had indeed asked for – and received – my dad’s blessing. They had both done a great job at keeping that meeting a secret!