We’re less than two weeks into 2016, but last December has already become a distant memory. Like nearly every family in my personal circles, ours kicked off the new year with a bout of sickness: first Luke was hit, then me, and now poor Charlie is down for the count. Between the frenzy of the holidays, followed by illness and a whole lot of first-birthday party planning, I’ve hardly been able to come up for air lately. But a small act of kindness from a friend last week brought me out of my sick-and-stress-induced haze and left me feeling encouraged and inspired.

Being sick is never fun, particularly when you and your spouse are BOTH ill; somehow, a baby’s needs don’t evaporate just because Mommy and Daddy aren’t feeling well. Last week, when a friend from church found out that we were under the weather, she dropped by our house with the sweetest care package consisting of a takeout container of soup, a package of crackers, and a jug of Gatorade. She was even thoughtful enough to simply leave the items on our doorstep and text me afterwards to tell me they were there, knowing that we might not be feeling up to entertaining a guest. By the way, did I mention that she did all of this at 39 weeks pregnant?! (She has since given birth to a beautiful baby boy.) I was blown away by her gesture: not because it was elaborate, but because it was heartfelt and thoughtful and exactly what we needed. 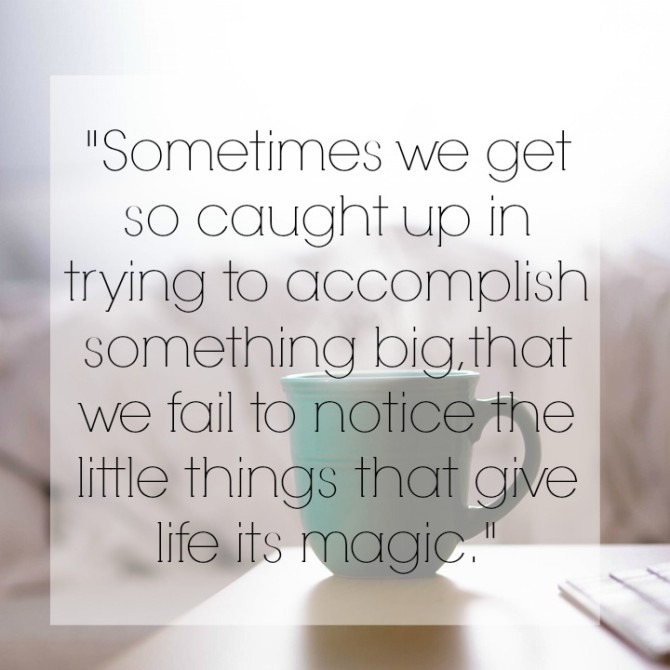 One of the unfortunate side-effects of my perfectionism is that I am (seemingly) incapable of doing anything without going over the top. I’m an over-thinker with a knack for making things harder than they need to be, and I manage to put an excessive amount of effort into everything from party planning to blog writing. Sadly, this perfectionistic mindset has frequently kept me from making a gesture like that of my soup-delivering friend. I often have every intention of stopping by to see a sick friend or even delivering a meal, but I lack the time and resources to whip up a multi-course dinner delivered in Pinterest-perfect packaging; so, I abandon the idea altogether. The friend goes unvisited, the meal remains uncooked, and I’m left feeling like a failure. However, my friend’s simple gift has left me feeling inspired to practice kicking my perfectionism to the curb.

A few days after we received our own care package, our neighbors came down with the flu. Following my friend’s example, I headed to the store to pick up some crackers and soup to leave on our neighbors’ doorstep. It was nothing fancy, and I admit to feeling a bit embarrassed about delivering such an ordinary meal. However, I refused to give in to my insecurities, trusting that the heart behind my gift would compensate for the lack of creativity. I remembered how nurtured and appreciated we had felt when receiving the very same meal, and I hope that our neighbors were left feeling the same.

I’m finding that this willingness to push past perfectionism is spilling into other areas of my life as well. This very blog post is one example. With a lot on my plate this week, I had every intention of taking a week away from blogging: I didn’t have the time to craft an eloquent, thought-provoking, 1,000-word post, so my perfectionism said it would be better for me not to post at all. And yet, I found myself with a story to share, and an unexpected block of time to write it down. . . and so I did. This might not be my best post ever, but at least I hit Publish! 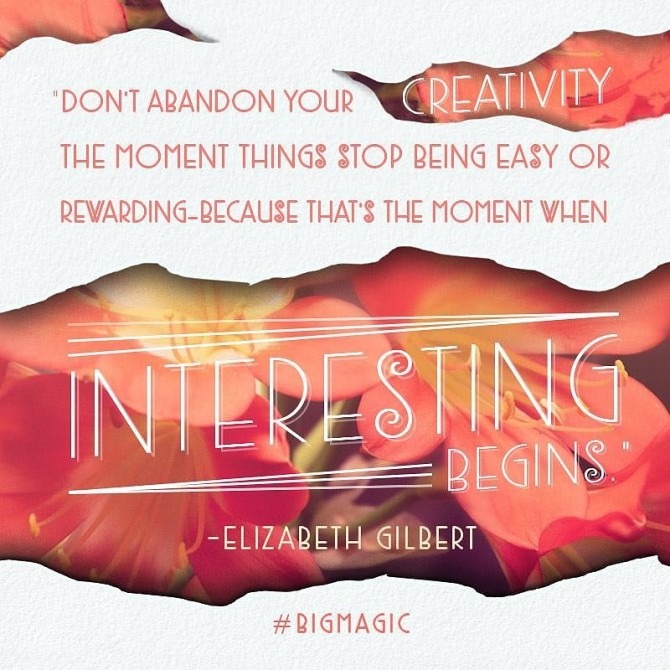 I’m currently reading Elizabeth Gilbert’s latest book on creativity. In it she reminds readers that “the drive for perfectionism is a corrosive waste of time. . . At some point, you really just have to finish your work and release it as is—if only so that you can go on to make other things with a glad and determined heart.” I’m starting to recognize the truth to this statement, which has infinite potential for application: whether it’s writing a less-than-perfect blog post or delivering a simple container of soup. It takes courage to let go of perfection, but it is almost always worth it.

I don’t claim to have mastered the art of imperfection. But between my sweet friend’s care package and Elizabeth Gilbert’s insights, this past week has been filled with plenty of perfection-fighting inspiration. Slowly but surely, I’m learning that an imperfectly completed project or act of service is infinitely better than the perfect one that is one that is lost to unattainable standards. And sometimes, a simple gesture is the best gesture of all. 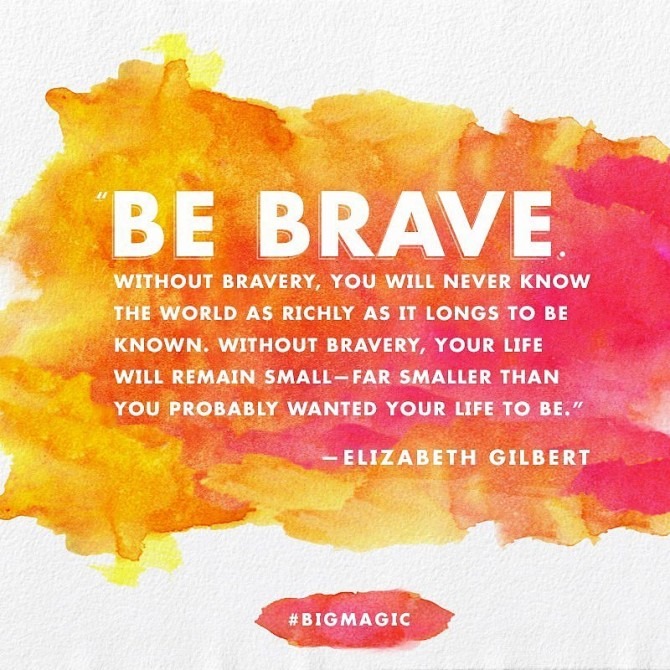